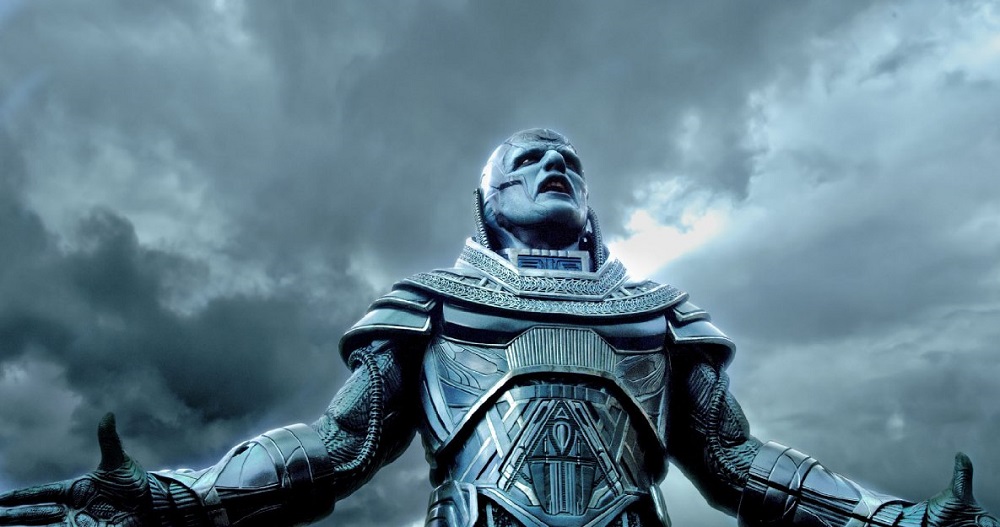 Bold Apocalypse as Ambitious as it is Flawed

Centuries after he was buried deep within the recesses of the Earth underneath the modern day city of Cairo, the world’s first mutant En Sabah Nur (Oscar Isaac) has awakened. It is 1983 and much has changed, humanity a warmongering race seemingly intent on achieving its own eventual destruction, stigmatizing all that it doesn’t understand and forcing those who are different to fear the light of day. This will not stand, and the all-powerful being, oftentimes referred to in hushed tones by his followers as Apocalypse, intends on showing the humans what fear really is and that the face of God looks much like his own. 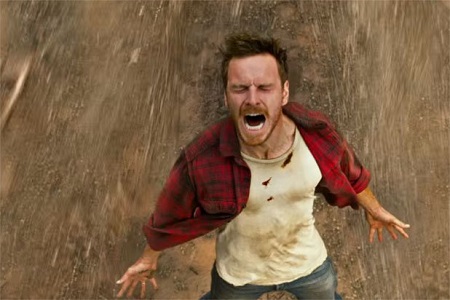 To assist him, En Sabah Nur enlists the help of fellow mutants Ororo Munroe, a.k.a. Storm (Alexandra Shipp), Angel (Ben Hardy) and Psylocke (Olivia Munn), imbuing them with additional power and tasking them to protect him from harm. He also pursues Erik Lehnsherr, a.k.a. Magneto (Michael Fassbender), using the man’s pain at the loss of all he has loved as a tool to bend the master of metal to his genocidal designs. En Sabah Nur is one step away from being unstoppable, and once he has possessed the physical shell of none other than Professor Charles Xavier (James McAvoy) nothing and no one, not human or mutant, will be able to keep him from wreaking the sort of havoc that garnered him his apocalyptic nickname in the first place.

X-Men: Apocalypse is set ten years after the events of X-Men: Days of Future Past, Magneto’s attempt on the life of President Richard Nixon and Mystique’s (Jennifer Lawrence) stopping him from ending it inadvertently causing ripple effects all over the world that have allowed En Sabah Nur’s resurrection to come to pass. While she has spent the decade clandestinely fighting for mutant rights, Prof. X has continued to make his School for Gifted Youngsters a safe haven for those just starting to understand their powers. While initially working at cross-purposes, longtime series director Bryan Singer and his usual cadre of writers (Simon Kinberg, Michael Dougherty and Dan Harris) don’t keep them that way for long. With Magneto the focal point of their efforts, Prof. X and Mystique join forces to stand against En Sabah Nur, a cavalcade of new, if still familiar, heroes, a lineup that includes Jean Grey (Sophie Turner), Scott Summers (Tye Sheridan) and Kurt Wagner (Kodi Smit-McPhee), assisting them in their fight.

It’s a lot of material, especially when X-Men: First Class C.I.A. Agent Moira Mactaggert (Rose Byrne), the beastly Hank McCoy (Nicholas Hoult), the speedy Peter Maximoff (Evan Peters) and the always nefarious Col. William Stryker (Josh Helman) are added into the mix, each playing a key role in making sure the X-Men assemble and En Sabah Nur is stopped from completing his task. Unlike Days of Future Past, it’s time-bending plot spanning both the original trilogy of X-Men features as well as this new one, Singer and company are not always able to keep a clear handle on all that is taking place. At the same time, Apocalypse is the boldest, most audacious entry in this series to date, descending into places of despair, tragedy and chaos the likes of which are often spellbinding. Even if all of it doesn’t work, enough of it did to keep me engaged, everything building to a powerful conclusion of sacrifice and courage that speak to the larger themes at play nicely.

If anything, this final chapter in Singer’s second mutant trilogy (he’s had a hand in five of the six primary X-Men films, the execrable X-Men: The Last Stand the only one he didn’t have input in) is best during its quieter moments. En Sabah Nur’s introduction to Ororo Munroe is masterful, the demonic being assisting her in a time of need, utilizing a few wisps of desert sand and a sandstone wall as weapons of dreadful destruction that are insidiously inspired. Even better is Magneto’s relapse into evil, the look of devastation and heartbreak that washes over him as all he currently holds dearest to his heart is accidentally stripped away an emotional firestorm of misery and regret I didn’t see coming.

As far as the newcomers are concerned, Grey and Summers, a.k.a. Cyclops, are pleasingly introduced, Singer and company planting the seeds for their relationship, as well as the former’s fiery future transformation, with an intelligent confidence that does both characters proud. Sheridan and Turner have terrific chemistry, almost on par with that of their X-Men and X2: X-Men United counterparts James Marsden and Famke Janssen, and the potential for them to become equally as memorable is certainly there. Smit-McPhee is also good as the teleporting Wagner, a.k.a. Nightcrawler, and if the movie itself doesn’t always know exactly how to best use him that doesn’t make his empathetic, delicately modulated performance less wonderful.

The same cannot be said for Shipp, Munn or Hardy, the latter two in particular given so little to do they’re really nothing more than faceless mutants fighting for En Sabah Nur for no other reason than the story requires them to otherwise the last act featuring mutant on mutant violence wouldn’t transpire. Shipp emerges out of this the best of the three, and I would like to see where she might take the character next. But as depicted in this adventure, Storm is nothing more than a lost little lamb looking for a strong, parental figure to tell her everything is going to be okay and that her future will end up being one she can be proud of, making her nowhere near as memorable as I hoped she would be. 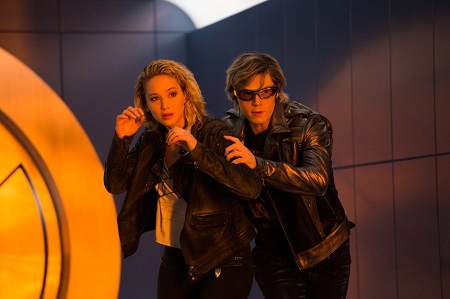 Like Days of Future Past, Peters again steals the film’s best singular moment. But while the essence of it is similar to what happened the last time around, Singer ends the sequence with a tragic denouement that forces  Maximoff, a.k.a. Quicksilver, to rethink his abilities and his own cocky confidence like he never has before. It’s a brief scene, one that is over before you even know it, but the emotional core driving it screams volumes, augmenting the themes of tolerance, heroism, sacrifice and compassion roiling throughout the film with breathless ease.

Unlike Captain America: Civil War, stuff actually happens in X-Men: Apocalypse, the movie not a prequel for future adventures but instead a self-contained story where choices matter and decisions have life-shattering consequences. While nowhere near as easygoing or as uncomplicatedly likable as its superhero sibling, there’s so much more to mull over and think about that I couldn’t help but respond to this comic book adaptation much more completely than I did its May predecessor. While it might be getting close to time for Singer to step away from the franchise and let someone else pick up the reins, I still liked his latest X-Men effort quite a bit, flaws and all, the aspirations fueling it almost as super as they are heroic. 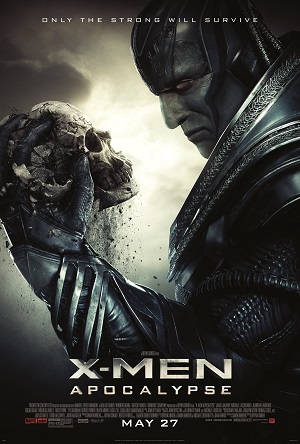