After her son Doudou (Zhang Yihan) is taken hostage by corporate operative and former military officer Tsui Hu (Wallace Huo), time travel research scientist Xia Tian (Yang Mi) is forced to steal all her research and double-cross her mentor the esteemed Research Director (King Shih-chieh) in order to save the boy’s life. But even after accomplishing her task, the frantic mother is betrayed by the sadistic kidnapper. Not only does he detonate a bomb underneath her employer’s building, Hu also murders Doudou, believing that by doing so, Tian will have no other chance than to complete her time travel research so she can go back into the past to save him. 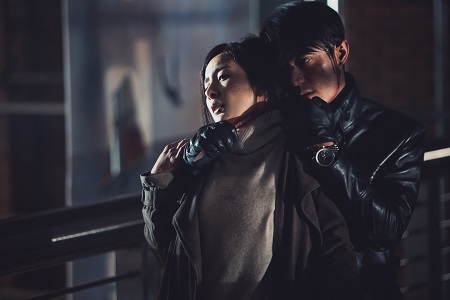 But her project is much further along than anyone realizes. Tian escapes Hu’s clutches, returns to her crumbling laboratory and, with the aid of her trusted assistant Da Xiong (Liu Chang), uses her working machine to travel back in time and stop these kidnappers from killing her son. But the prototype, while functioning, can only send an individual backward about 100 minutes, not leaving the scientist a ton of time to make things right. Yet Tian will not be stopped, and even if she has to send herself back again and again she’s going to make sure that her son survives and this technology isn’t perverted into something awful.

Had no idea what to expect when I took a chance watching the Chinese sci-fi mystery Reset. I just found myself captivated by the premise, the ideas driving the plot capturing my attention right away. What I ended up discovering was a witty, fast-paced thriller with a great performance from rising star Mi, the finished film a giddily explosive rollercoaster ride that’s so much fun its inherent time travel conundrums frankly don’t matter a heck of a lot.

What’s great about all of this is that director Chang (The Target) and writer Cha Muchun add a level of grit and gravitas to the proceedings that helps make the pain, anger, sadness and resilience Tian continually puts forth matter in a concrete, impossible to resist fashion that’s utterly believable throughout the film. Things get silly. Things sometimes make no sense. Things build into implausible little puzzle boxes that had me scratching my head wondering which way was up every now and then. Yet this woman’s emotions, running an unfathomably impossible gamut of extremes the likes of which are beyond easy description, they are always believable, come what may, giving the film as a whole an additional layer of validity that only augments the thrills and chills.

It’s anchored by Mi with mesmerizing specificity. At certain points she’s portraying three versions of the same character at one time. Yet it’s always apparent which Tian is which, and not for a second did I lose track of what each variation of this scientist and mother had experienced or what it was they were going above and beyond to fight for. The actress manages to make each a distinctly different incarnation of the same person, the effects of the time travel coupled nicely with the emotional toll each trek backwards is exacting upon the scientist. By the very nature of the story at hand, Mi is forced to walk an incredibly thin line as she navigates herself through all this zany unhinged science fiction madness, the fact she does with such confident authority just extraordinary. 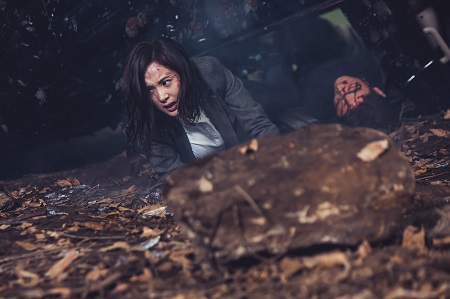 Things do get bogged down in some rather typical time travel scruffiness, and there are certainly points where Muchun’s script can loop itself into some rather wacky corners it doesn’t always know the best way to get out of. A third act surprise reveal is also a moderate letdown, while a backstory explaining why Hu is so willing to go to such abhorrently awful lengths to see his job completed isn’t delivered with quite the punch I felt like it warranted. There’s also some lumpy storytelling dynamics regarding the introductory stuff explaining the time travel process as well as the animosity between the two competing corporations, and it isn’t until Doudou is kidnapped and Tian is forced into action that the movie begins to hit its stride.

But Chang’s direction is forceful and direct, his ability to keep things moving at a fevered, ever-escalating pace certainly not something to be undervalued. He also stages the film’s convoluted, pulse-pounding climax with energy to burn, tension ramping up into overdrive as threat after threat is dealt with by one of the various Tians only for another to make its mangy self known from the most unanticipated of corridors. Chang also keeps things surprisingly grounded, never playing any of the plot mechanics for observantly anachronistic laughs, the film bracing its inherent absurdity even though it never winks back at the audience as if it knows just how silly all this is. Reset works, there’s really nothing else to say, this ticking clock thriller a timely leap into the human abyss that proves once again a parent’s love for their child is as undying as it is also potentially unstoppable.