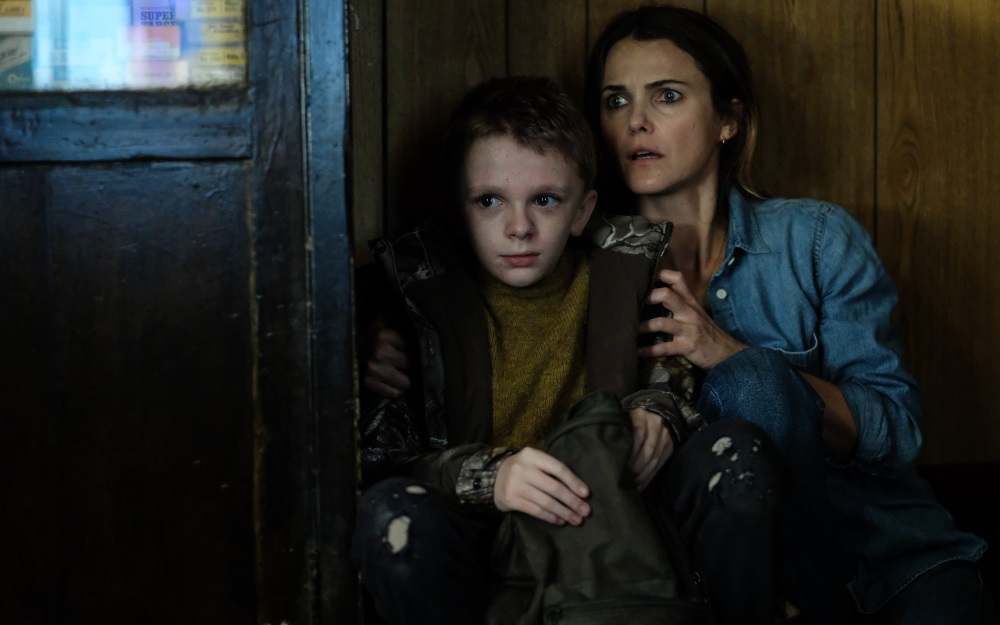 After the death of her abusive father, Julia Meadows (Keri Russell) has returned to her childhood home in a small Oregon mining town. She teaches at the local middle school and lives with her younger brother Paul (Jesse Plemons) while looking for a place of her own. He’s the new sheriff, having recently taken over the position when longtime resident Warren Stokes (Graham Greene) retired.

A student in one of Julia’s classes, Lucas Weaver (Jeremy T. Thomas), has caught her attention. She believes the bright youngster is being abused by his father Frank (Scott Haze), a former mine worker who resorted to cooking and selling drugs after the local mine went out of business. Julia is also worried about Lucas’ younger brother Aidan (Sawyer Jones), who hasn’t been seen for a couple of weeks.

After Hostiles, Out of the Furnace and Crazy Heart, a person could be tricked into believing Antlers director and co-writer Scott Cooper has crafted another drama about isolated and lonely people forced to deal with a landscape changing too fast for them to keep up with. That simple scenario sounds like the film is going to be a melodrama about the methamphetamine crisis and the way small-town America is crumbling as old, out-of-date fossil-fuel industries are closing their doors and leaving residents to sink further into poverty.

That’s not to say that isn’t on Cooper’s mind. He and his co-writers Henry Chaisson and Nick Antosca — on whose short story “The Quiet Boy” this film is based — certainly lay out many of those themes, with references to climate change and the usurpation of land from Indigenous peoples as well. But there’s also something more supernatural at play, a creature based in Native American folklore and born from a never-ending hunger to consume more and more and MORE and can never be quenched.

Yes, for those familiar with one of the best episodes of Supernatural or who have watched what is arguably Larry Fessenden’s most petrifying thriller, Wendigo, a wendigo is on the loose, and for reasons entirely his own, Lucas has been attempting to protect it. It is the link between the boy and his family that Julia and Paul must try and unearth; in doing so, they can save the town from falling prey to the creature’s insatiable hunger for human flesh.

None of this is for the faint of heart. Cooper doesn’t pull a single punch, and this may be his bleakest storytelling endeavor yet. This is a cold, calculatedly nihilistic descent into madness and despair, and even the faintest glints of hope only flicker in and out, much like a determined candle amid a driving rainstorm.

I wish the aspects pertaining to the Native American origins of the wendigo were explored in more detail. It almost feels like the only reason Greene is around is to give insight into what is happening and why to the Caucasian protagonists. Considering how deftly Cooper explored Native American heritage in Hostiles, this is understandably a bit frustrating.

But Russell and Plemons are terrific, and newcomer Thomas delivers an emotionally jittery, complexly internalized performance that only gets better as things go along. There’s also an incredible mixture of practical and digital-effects work that join together seamlessly, all of it building to a spectacular reveal of the wendigo itself that had my jaw hitting the floor.

Even if not all of the themes and ideas the filmmakers are attempting to explore come into an entirely clear focus, the characters consistently remain authentic. Their battles to conquer their fears, followed by subsequent attempts to vanquish the wendigo, are thrilling because these people matter. I felt connected to them, and their combined fate in the face of such voracious, unsentimental hunger had additional value in large part because of this.

It is the authenticity of this emotional core that makes Antlers special. As technically marvelous as much of Cooper’s latest is, it is the constantly evolving relationship between Julia, Paul and eventually Lucas that gives this supernatural creature-feature a spellbinding resonance I was undeniably drawn to. This film proves to be a visceral nightmare in which fantasy and reality collide and become one, while Cooper satiates my appetite for intelligently haunting terror with delectable aplomb. 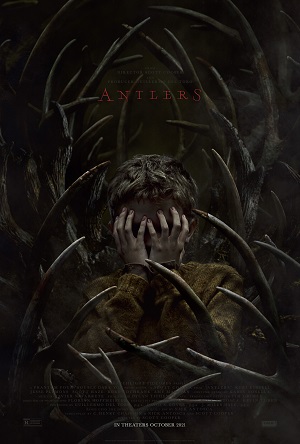