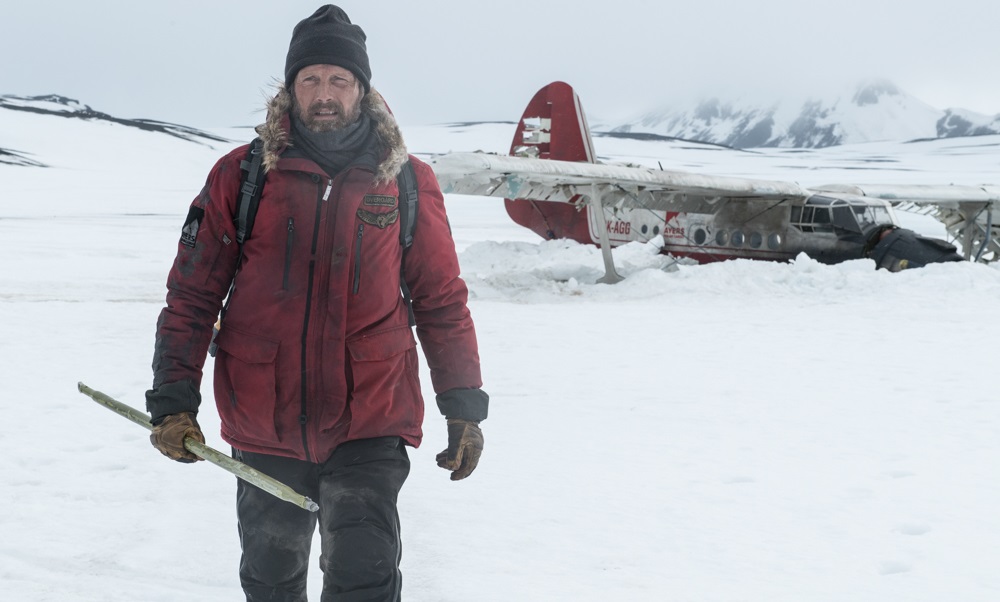 Even if one doesn’t know the name, it’s almost guaranteed most viewers will recognize Danish actor Mads Mikkelsen. He portrayed Dr. Hannibal Lecter for three seasons on the cult favorite “Hannibal.” He was Jyn Erso’s estranged father and the man who designed the original Death Star, Galen Erso, in Rogue One: A Star Wars Story. He tangled with Dr. Stephen Strange as the duplicitous Kaecilius in Marvel’s comic book adventure Doctor Strange. He challenged James Bond to a lethal hand of poker as the villainous banker Le Chiffre in Casino Royale.

But Mikkelsen isn’t all about the Hollywood blockbuster. He’s turned in a number of notable performances in imports and independent productions as varied as Pusher, Valhalla Rising, Adam’s Apples, After the Wedding, Flame & Citron, The Salvation and A Royal Affair. Most notably he delivered on the past decade’s most celebrated turns in Thomas Vinterberg’s 2012 drama The Hunt playing a small town teacher whose entire life is thrown into disarray thanks to a lie, winning the Cannes Film Festival prize for Best Actor for his efforts. Topping it off, Mikkelsen is also a former gymnast and ballet star, his athletic abilities one of the things that first caught the eye of Danish television producers and helped launch him on the path to international stardom.

The actor’s latest film Arctic is one of the most challenging of his vaunted and varied carrier. Mikkelsen stars as Overgård, the lone survivor of a horrific plane crash somewhere in the middle of the Arctic nowhere. Having been stranded for quite some time, he’s managed to make a makeshift shelter out of the carcass of the airplane wreckage while also setting up mechanisms to collect fresh drinking water and stations for ice fishing so he can have a steady supply of food.

When a helicopter passes over his crash site Overgård believes he is about to be rescued only to have his excitement cut short when bad weather leads to a fresh tragedy. The copter slams into the ground, killing one of the pilots while leaving the other, a young woman (Maria Thelma Smáradóttir), badly injured. After tending to her wounds it soon becomes clear she will die unless she gets to a medical facility. Using a map he finds amongst the helicopter wreckage, Overgård makes the decision to make an arduous, potentially lethal trek towards civilization, a five-day hike through the snowy tundra under the best if situations which this decidedly is not.

Arctic is a harrowing, undeniably thrilling survival story written and directed by newcomer Joe Penna. Shot almost entirely on location in Iceland, the film features an extraordinary performance from Mikkelsen, one that puts his virile physicality and unique ability to convey complex emotional nuances with precious few words to good use. I had the pleasure to spend ten minutes chatting with the actor over the phone about the movie. Here are some of the highlights from our far too brief conversation:

Sara Michelle Fetters: What was it about this particular script that got you interested to jump in with Joe Penn and make this movie?

Mads Mikkelsen: I had a small pile of stuff I had to read, and then Martha De Laurentiis called me and said, “Let’s have look at [Arctic], don’t put it in the bottom of the pile. Have a look at it.” I started reading it and I thought it was just so pure and simple. I was afraid every time I turned the page that I would fall into the trap of flashbacks. Going down memory lanes. But it never did. The story just kept being very honest to what it was all about.

I just loved the script. I had a chat with Joe and at the end of that we said, “Let’s do it.” Two months later we were up there in Iceland shooting the movie.

Sara Michelle Fetters: Two months later? That’s such a short period of time to go from saying yes to actually making a movie.

Mads Mikkelsen: That is unheard of. That’s completely insane. I mean, that was only doable because it’s a small-budget film. And the location is the location. We needed a plane that was crashed, and we needed a chopper, and from there on, we just had to go and find the locations. So we did.

It was a rock and roll feel. Everything about this film was rock and roll. I think that’s the only way a film like this can survive.

Sara Michelle Fetters: How hard is it to create such a full, complex character like Overgård when we are literally put into his story long after it had begun? It’s like as a viewer we’re dropped into this story nearer than the middle than we are the beginning. At least, that’s how it felt to me.

Mads Mikkelsen: I come up with a background story myself, and I don’t need to put it on the screen. For us, it was important that [Overgård] was a person that we could all identify with, whether it’s you or me stranded up there. We didn’t want a background story. We didn’t want it to be specific about him having a quarrel with his father and then the rest of the film was about him coming to terms with his father. We wanted it to be simply, how would it be to be all alone at the Arctic surviving? And then later on, how would it be becoming alive again? There’s a big difference between surviving and being alive.

Sara Michelle Fetters: Did your past as an athlete and as a dancer help you with the physicality of this performance?

Mads Mikkelsen: I guess it did. I mean, I think any actor who was thrown into this would have to find his own way to do it, or her way. Obviously, you have a certain stubbornness or tenaciousness as a dancer. You have a certain discipline. I might have given up a few times during this shoot if I didn’t have that background.

Sara Michelle Fetters: You seem to be drawn to a lot of characters who don’t talk a lot and have to convey their emotions through their physicality, through their facial expressions, just through the way that they move and emote up there on the screen. What is it about these types of characters that excites you?

Mads Mikkelsen: I don’t know. Yeah, they tend to come my way, or I tend to pick those ones often. I am a big fan of the old silent movies. I think they had a specific charm and a quality. I certainly believe that it’s called a film, a moving picture, for a reason. It’s visual. I love words as well, but sometimes we can get away with saying much more without words.

Sara Michelle Fetters: What keeps exciting you as an actor? What makes you want to keep moving forward and challenging yourself like this?

Mads Mikkelsen: I guess a film like this. I tend to fall in love with projects like this one. It’s not something I do consciously, but if I read, let’s say, ten things, and then I come across this, I find it so radical and interesting, and before I know it I’m diving into it. And before we know it, we’re standing on the Arctic and I curse myself for going ahead with this again. [laughs] But it tends to be things I find rather radical in the storytelling that I fall in love with.

Sara Michelle Fetters: How do you move between these really small, personal, lower-budget offerings, and yet still manage to appear in these bigger studio productions? Or starring as Hannibal Lecter in a popular television show like “Hannibal.” What is that juxtaposition like for you?

Mads Mikkelsen: I love the situation. But it’s out of my hands. It’s not something I’m seeking. It’s people who are asking me to be part of these bigger films or these smaller, more intimate projects, so I guess I’m just really the lucky guy that I’m able to go back and forth and do a little of everything. I know most actors would like to be in that situation. I’m very fortunate.

Sara Michelle Fetters: I have to ask, only because Adam’s Apples is one of my absolute favorite films of the last 15, 20 years. Why don’t you do more comedy?

Mads Mikkelsen: [laughs] Well, we did do another one. I’ve done four films with this guy [writer/director Anders Thomas Jensen], and the last one was called Men & Chicken, which is also completely insane.

Sara Michelle Fetters: It is indeed. I love that one, too. More people need to check it out.

Mads Mikkelsen: I guess that is my sense of humor, that is the kind of film, when it’s comedy, that I want to make. There’s not a lot of people doing exactly that. I would say that we have a Netflix film coming out called Polar, which is not a comedy but the comedy element in that one is down that similar line. It’s a little dry and it’s a little dark, and that’s what I fall in love with. So if something like that comes my way from an American director one day, I would gladly take up the glove. 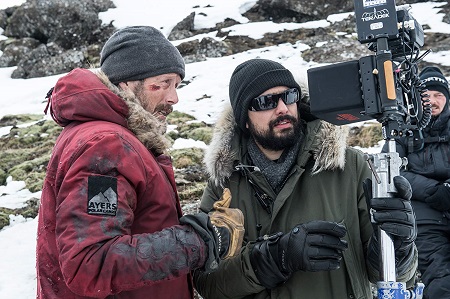 Sara Michelle Fetters: Back to Arctic, talk to me about Joe Penna. What did he bring to this production and what was it like working for him? Where would you put him as one of the directors that you’ve worked with?

Mads Mikkelsen: Well, if I didn’t know, I would never have guessed that was his first film. He was so on the money. I mean, not only with the script that he and Ryan Morrison had been writing, but when we came up there [to Iceland] he was so precise in what he wanted. We spent a lot of time going over every scene so we were on the same page. But still, he was so precise in what he wanted and he had fantastic eyes. When I say good eyes, it means that one thing is that it feels right for me and for everybody else, but it has to feel right for the audience as well, and he was the audience.

Sara Michelle Fetters: Even so, were you at all surprised by the overwhelmingly positive reaction that Arctic had when it premiered at Cannes last year?

Mads Mikkelsen: I think we’re always surprised when people like what we’re doing, to be honest, because we can fall so much in love with something ourselves. It becomes maybe this little echo chamber, or bubble, right? When people start having the same feelings towards a project? People outside the project? We are always surprised. But I find it fair, because I think it’s quite a beautiful film, and as we realized shooting the film more and more that it was basically about the enormous difference of surviving and being alive. Which, as I said earlier, are two very, very different things. 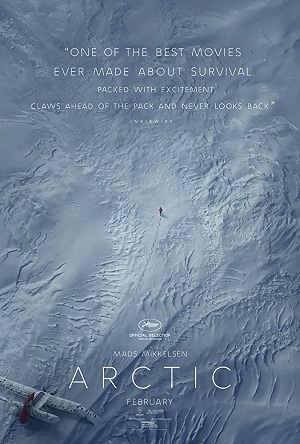