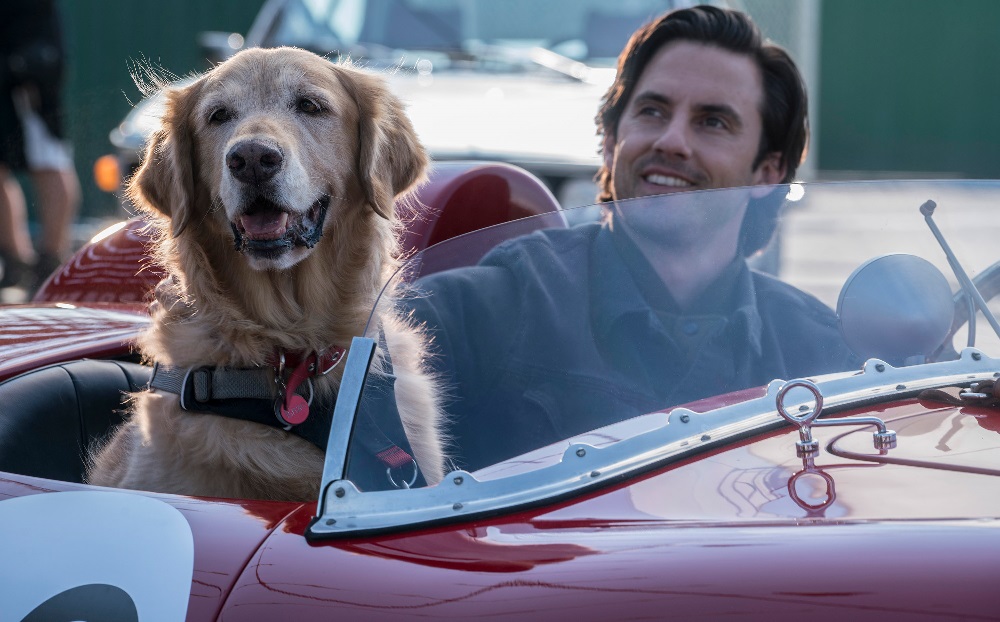 Dramatically Empty Art of Racing Runs Out of Gas

Enzo (voiced by Kevin Costner) is the beloved dog of Seattle racecar instructor and driver Denny Swift (Milo Ventimiglia). The golden retriever was adopted from a farm as a puppy and has been with Denny as his faithful companion ever since. He has watched as his owner has won and lost races and married the love of his life Eve (Amanda Seyfried) while reveling in the growth of their lovely daughter Zoe (Ryan Kiera Armstrong), now nine-years-old. Together they have shared moments of great euphoria, epic celebration, deep sadness, unbridled anger and unimaginable tragedy, each finding strength in one another’s love to carry on with their lives and keep reaching for their dreams no matter what hardships they will be forced to overcome.

Based on the best-selling novel by Garth Stein, The Art of Racing in the Rain is an utterly harmless, if also oddly toothless, melodrama that chronicles roughly a decade-and-a-half in Denny Swift’s life, all of it as seen through the eyes of his dog Enzo. He sees everything, constantly commenting on what is happening, daydreaming that he will someday be reincarnated as a human when his days as a canine are finished, hopefully following in his owner’s footsteps to become a great racecar driver. Enzo loves Denny with selfless devotion, the animal hanging on the man’s every word, movement and action as they attempt to navigate their way through life in a symbiotic partnership that goes far beyond the rudimentary dynamics of “pet” and “owner.”

Director Simon Curtis (My Week with Marilyn) keeps things moving well enough, and Mark Bomback’s (War for the Planet of the Apes) script does a reasonably solid job of following the general flow of Stein’s source material even though he’s made a few substantial changes to the narrative. Problem is, some of the stuff that was fleshed out a bit more fully in the book ends up coming across as clunky and emotionally tiresome when depicted inside the confines of a feature-length motion picture. An entire subplot devoted to Eve’s wealthy parents Maxwell (Martin Donovan) and Trish (Kathy Baker) and a strange, ill-defined custody battle is schlocky in its ham-fisted tedium, and instead of filling my eyes with heartfelt tears another plot strand depicting an unexpected illness for one of the primary characters instead had them rolling back inside my head in incredulous exasperation. Both of these subplots did not work for me, their facile inauthenticity a constant slap to the face I quickly grew tired of.

On the plus side, much like Stein’s novel the idea of a dog narrating both its own and its owner’s lives still works rather well, and Costner does a terrific job voicing Enzo with a form of winsome authoritative maturity I instantly responded to. I also liked Seyfried’s performance as Eve and wish the overall movie treated her a bit better than it unfortunately does. The Mamma Mia! and Les Misérables actress makes as much out of the character as she can, adding a layer of introspective maturity to the woman, and to the story itself, that’s rather wonderful. As for Ventimiglia, he’s quite good, and even though he has more chemistry with the golden retriever portraying Enzo than he does his costar, the “This Is Us” star still proves to be a charismatic protagonist I was rooting for even when the movie reduced itself to overtly melodramatic pabulum that should have driven me nuts.

Curtis is a solid director, and he admittedly guides things towards a conclusion confidently. There’s a reoccurring motif of a playfully problematic zebra that’s a wonderful part of Stein’s book and is in turn nicely realized by the filmmaker here. I also liked how Curtis and cinematographer Ross Emery (Woman in Gold) manage to showcase events from Enzo’s perspective for the majority of the running time, and even though this canine-level view of Denny and his family’s world isn’t exactly original that still does not make it any less expertly handled. Heck, all of the technical aspects of the production are top-notch, and I can’t say I’ve got a bad thing to say about any of those facets of the film.

It’s the blasé awkwardness of the emotional dynamics that almost drove me insane. Every movie is designed to manipulate the viewer in one way or another, that’s just the way it is. But feeling like one is being manipulated and knowing that it is happening in an obvious and trite manner is a definite problem. While there are enough plusses to make The Art of Racing in the Rain moderately agreeable and not particularly difficult to watch, as far as the greater whole is concerned the inelegant mediocrity of its interpersonal human maturations is unquestionably calamitous. Curtis’ latest drama runs out of gas, and for all of the talent of its cast and crew this adaptation of Stein’s best-seller stalls out on the track long before it has the chance to reach the finish line. 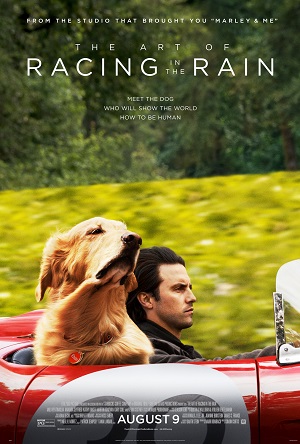