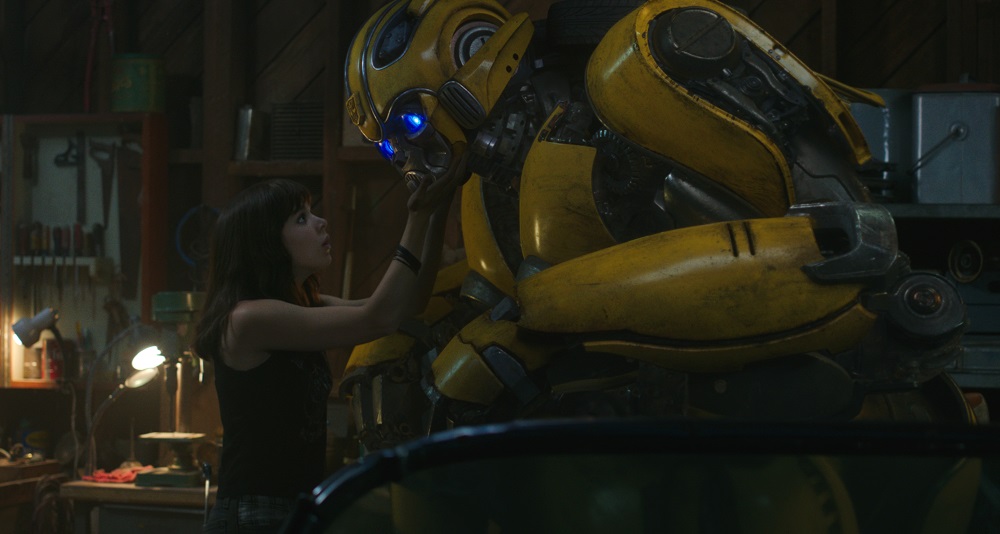 It is 1987, and Californian Charlie Watson (Hailee Steinfeld) is about to turn 18. A former diving champion and something of an amateur grease monkey, the resourceful teenager has been unable to get over the death of her father. As such the lines of communication between the young woman and her mother Sally (Pamela Adlon) have been noticeably strained, while her relationship with little brother Otis (Jason Drucker) and stepdad Ron (Lenny Jacobson) isn’t doing that great, either. But things are looking up when Charlie’s uncle Hank (Len Cariou) gifts his niece an old, barely running yellow Volkswagen Beetle, her delight in owning a functioning vehicle she can likely fix up into something magnificent noticeably palpable. 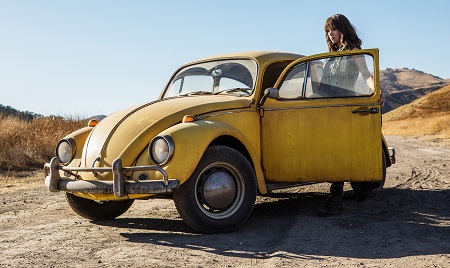 This is no ordinary Beetle. Turns out this car is really a robot in disguise, an Autobot refugee from the planet Cybertron sent by Optimus Prime (Peter Cullen) to protect the people of Earth from the murderous machinations of the Decepticons. Naming him “Bumblebee,” it’s immediately apparent to Charlie this strange cybernetic being means her no harm. Soon the two are thrown into an otherworldly adventure beyond imagining, the U.S. military sending an elite soldier, Agent Jack Burns (John Cena), to find the robot while a pair of Decepticons, Shatter (Angela Bassett) and Dropkick (Justin Theroux), insert their own particular form of carnage into the proceedings. With the help of smitten neighbor Memo (Jorge Lendeborg Jr.), Charlie will find an inner strength she didn’t know existed all the while assisting Bumblebee to become the one thing the alien visitor never thought possible, a hero.

After five hyperbolic adventures, all directed by Michael Bay (The Rock, Armageddon), ranging in quality from passable to forgettable to unfortunate to just plain terrible, who knew the one thing the Transformers franchise needed to finally set foot on the right path would be a prequel? Yet that is exactly what happens as it pertains to Bumblebee, this undeniably adorable introduction to one of the series’ most popular and enduring characters having a relaxed charm that’s delightful. Kubo and the Two Strings auteur Travis Knight makes the leap from stop-motion animation to special effects-filled big budget filmmaking with this piece of pop entertainment, and in the process cements himself as an intriguingly imaginative talent worth keeping an eye on.

It all starts with Christina Hodson’s (Shut In, Unforgettable) fun, character-driven script. Recalling classic 1980s sci-fi fantasies like Flight of the Navigator, Explorers, *batteries not included and most unsurprisingly Steven Spielberg’s classic E.T. The Extra-Terrestrial, the screenwriter makes certain that Charlie is a complex, emotionally multifaceted character worthy of an audience’s affection. Her journey is filled with ups, downs, heartaches, joys, failures and successes. She is instantly recognizable and easy to relate to, the sheer euphoric wonder coursing through her veins as she comes to understand Bumblebee as a friend and not a creature to be afraid of instantly palpable and thus makes the remainder of the pair’s drive together all the more resonant. It’s a lovingly sincere bit of storytelling on Hodson’s part, and while she’s not exactly rewriting the dramatic rulebook that does not make her narrative any less comforting.

As for Knight, he helms things beautifully. He and cinematographer Enrique Chediak (Deepwater Horizon) have done their homework, their film having a delectable ‘80s-style élan reminiscent of Dean Cundey’s work on Back to the Future or Douglas Slocombe’s visual compositions for the first three Indiana Jones adventures. In addition, Paul Rubell’s (Collateral) relaxed editing style gives events a sense of affecting immediacy none of the Bay Transformers efforts, not a single one of them, came close to achieving. Together, this trio keeps events grounded in Charlie and Bumblebee’s blossoming friendship no matter what hardships or obstacles are thrown their way. This allows the story to have a natural cohesiveness that’s authentic, and even when the film finally explodes into a cacophonous battle royale between the lone Autobot and his two Decepticon adversaries the energetic urgency driving their confrontation never overwhelms the distinctly human story Knight’s been attempting to tell all along.

The opening pre-credits sequence is pretty rough, scenes of the war ranging on Cybertron with Optimus Prime ordering his Autobots to flee their home right out of the animated television series that began airing in 1984. The closing moment that ties the prequel in with the 2007 entry in the Transformers series is also unnecessary and if anything is just a reminder to the mediocre place Bumblebee’s story is unfortunately headed. Also, no matter how good he is in the role, no matter how funny some of his line deliveries are and how purposefully retrograde his masculine huffing and puffing might be, almost everything dealing with Cena and the soldiers under his command goes nowhere. It all just sort of feels like an aspect of the narrative that exists because without his presence there’d otherwise be precious few action scenes, and personally I don’t feel like that would have been that bad a thing. 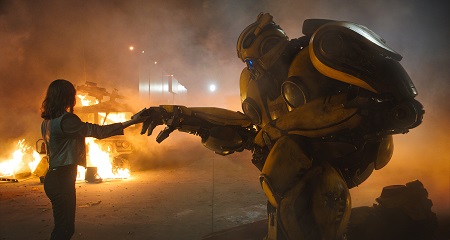 But Knight keeps things moving with an ebullient infectiousness that’s beguiling. He gives Steinfeld the freedom to craft her character in ways that every member of the audience no matter what their age, gender or background can relate to, the talented actress reminding us all that her Oscar nomination for 2010’s True Grit was hardly a fluke. She adds a level of captivating gravitas that’s sublime, Charlie a terrific heroine I fell instantly in love with.

I’m not going to overstate my case. Bumblebee isn’t some masterpiece we’ll be looking back on in the same way we do E.T. The Extra-Terrestrial which it so unabashedly emulates. But that doesn’t make this movie any less special or worthwhile. Knight has made an affectionately diverting adventure that will enthrall children and captivate their parents almost in equal measure. It’s the kind of picture I would have been head over heels about as a wide-eyed youngster, and as a somewhat cynical adult this is just the type of movie that breaks through that pessimism and reminds me why I love what it is I do with such unadulterated dedication. There’s way more than meets the eye going on here, and I for one I’m blissfully happy about that. 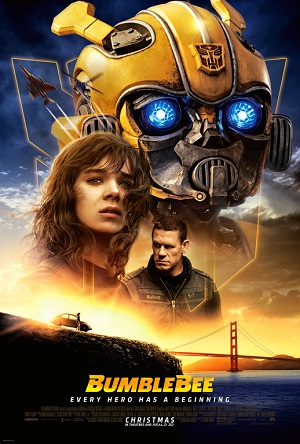