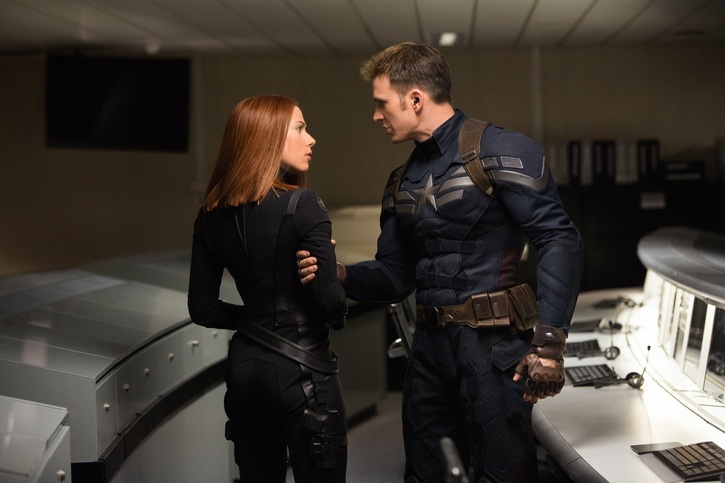 After the events in New York brought together superhuman forces from throughout the universe, Steve Rogers (Chris Evans), known to the world as Captain America, is starting to wonder if the causes and truths he fought for back in World War II survived into the modern day.

On a recent endeavor to rescue hostages being held on a S.H.I.E.L.D spy ship, he discovers that agency director Nick Fury (Samuel L. Jackson) had an alternate agenda involving information behind held in the vessel’s computer banks. Rogers doesn’t like to be left in the dark, and secret side missions are not his cup of tea, and as this seems to be Fury’s modus operandi the relationship between the two has unsurprisingly been fragmenting. 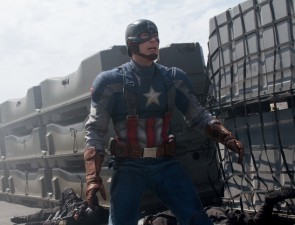 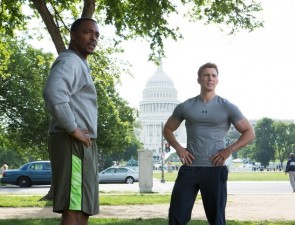 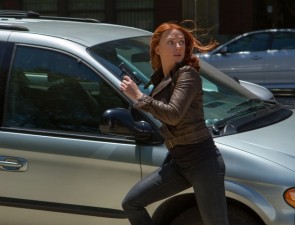 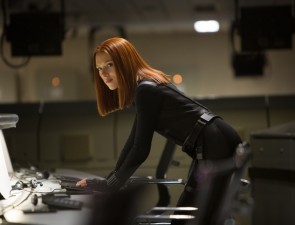 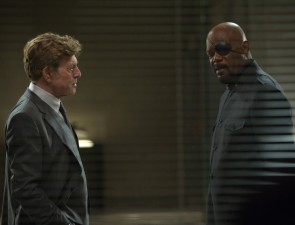 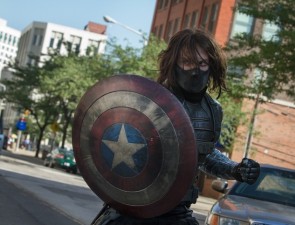 Things are going to get worse. After an assassination attempt on Fury’s life leaves more questions than answers, with vital information unlocking a massive global conspiracy suddenly at his fingertips, Rogers finds himself being hunted by the very agency he’s been serving. To his absolute horror everything links back to Captain America’s own WWII origins and to a shadowy organization he thought he personally put an end to when he dispatched the Red Skull seven decades prior.

Unsure where to turn, being stalked by a mysterious operative known only as the Winter Soldier, Rogers joins forces with S.H.I.E.L.D. superspy Natasha Romanoff (Scarlett Johansson) and Afghanistan war veteran Sam Wilson (Anthony Mackie) to put the pieces together and stop an unimaginable threat before millions of lives are wiped off the face of the planet almost as if they never existed in the first place.

Captain America: The First Avenger is my favorite film in what Marvel calls their ‘Marvel Cinematic Universe’ or MCU. It was a fresh, vibrant, electrically alive superhero adventure, the movie awash in wide-eyed glee as to what being a hero could mean to someone born to the life but trapped in a physique not quite able to rise to the occasion. It was a lush, exuberantly energetic and blissfully free-spirited origin story that embraced all aspects of the character and everything he stood for, and as such it was a film that happily wore its heart on its sleeve with few, if any, questions asked.

Its sequel, Captain America: The Winter Soldier, is nearly as good if at the same time polar opposite in tone, theme and style than that of its predecessor. Returning screenwriters Christopher Markus and Stephen McFeely have taken the beloved characters and dropped him into a moral quagmire, eschewing the late 1940s tone of unabashed patriotically inclined Americana for a nervy and inspired turn into 1970s conspiracy imbroglio. Black and white are gone for Rogers and his gang, all that’s left messy shades of grey, forcing him to question everything he believes in and stands for in ways that feel immediate, vital and intimately of the current zeitgeist.

At the same time, the film is handicapped by its need to keep setting up elements of the MCU, putting more of the building blocks into place in order for next Summer’s Avengers: Age of Ultron to come to pass. It is hamstrung in ways that could allow it to be a completely satisfying self-contained effort, the movie padded with extra moments and information that aren’t entirely necessary as far as the mechanics of its own melodrama are concerned.

Then there is the action itself. As extraordinary as much of it is, and it is arguably the best of any of these MCU efforts as of yet, including The Avengers, it is apparent directors Anthony and Joe Russo (You, Me and Dupree) felt compelled to throw in as much as they possibly could in order to keep comic book audiences satisfied.

It’s like they and their screenwriters worried the core audience wouldn’t be able to pay attention to a 3 Days of the Condor meets The Parallax View meets All the President’s Men adventure without additional wham-bam-thank-you-ma’am pyrotechnics, and as such they’ve filled the running time up with as much of the stuff as possible.

Problem is, after a furiously frenetic chase through the street of Washington D.C., a near-death escape from an old WWII-era bunker, a second car chase and two or three additional sequences I’m failing to recollect clearly, by the time we get to the climactic assault on a trio of massive, all-powerful airships synched together to annihilate millions around the world my interest in seeing it all come to an end was noticeably starting to wane. It all starts to feel like overkill at a certain point, and no matter how expertly staged all of it is had even one sequence been left on the cutting room floor I seriously doubt anyone would have noticed.

Be that as it may, Captain America: The Winter Soldier is a grand entertainment that treats both its characters and its audience with respect, assuming viewers will be able to follow the convoluted machinations of the villains no matter how complexly meandering things might become.

Even when additional characters like Robert Redford’s shadowy Alexander Pierce get thrown into the mix, even when the identity of the Winter Soldier and his ties to Rogers are revealed, the Russos and their screenwriters maintain focus on the narrative’s core elements rarely allowing themselves to get distracted by surplus bells and whistles (setting up future aspects of the MCU notwithstanding).

The other plus remains the cast itself. Evans is still terrific as the title character, and watching him discover just how deep the rot inside S.H.I.E.L.D’s rabbit hole descends has real meaning, real power, behind it, this man who believed in right and wrong with nothing in-between learning nothing is as cut and dried as he imagined it to be.

Redford is a wonderful addition, and while it isn’t terribly difficult to figure out what side of the field he’s playing on (he’s basically channeling his inner Cliff Robertson) that doesn’t make him any less perfect. Mackie is also excellent, his wounded warrior looking for a reason to be believe in his country again a well-rounded hero who feels more connected to what is going on in the world today than any other character.

If it had been 20 minutes shorter, had the filmmakers not been so encumbered by the need to maintain fidelity to the MCU, I think it is safe to say Captain America: The Winter Soldier would be the best Marvel movie thus far. The film is a wonderful adventure tale of spies, counterspies, double-crosses and heroics galore. It’s a fun flick cemented in the grounded, non-supernatural esthetics of the modern world, and as such is a relatable, character-driven action epic that stands alone from its more fantastical counterparts with magnetic authority. 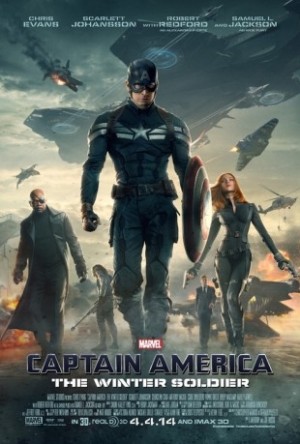