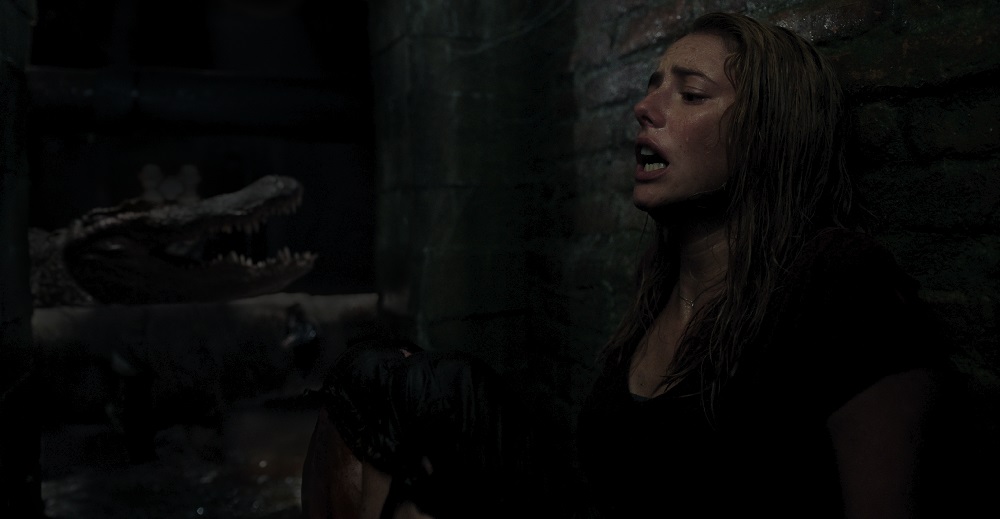 After receiving a worried call from her older sister Beth (Morfydd Clark), University of Florida competitive swimmer Haley Keller (Kaya Scodelario) drives the two hours to their father Dave’s (Barry Pepper) house to make sure everything is okay. There is a Category 5 hurricane bearing down on the region and no one has been able to get a hold of him to make sure he’s evacuated. Beth promises to track him down, and even though their family home appears to be empty, dad’s construction truck is in the driveway and his cellphone is sitting on the kitchen counter.

Turns out, he was underneath the house in the crawlspaces battening everything down for the hurricane when he was attacked by an alligator. Haley knows this because she went down there after hearing his radio and now she’s trapped, too, a pair of the animals stalking them looking for ways to get through the wall of pipes currently offering up protection. Worse, the hurricane is now upon them, and pretty soon they’ll be underwater with no chance of escape. Working together Haley and Dave must find a way to either get back upstairs or to call authorities for assistance. With floodwaters rising there’s now a swarm of alligators on the hunt, and just one false move will be all it would take for father and daughter to become a midafternoon snack for the pack of green-scaled aquatic predators.

Crawl is an unpretentious creature-feature from The Hills Have Eyes and High Tension filmmaker Alexandre Aja that’s every bit of gnarly fun as its ludicrous premise makes one hope it is going to be. Eschewing the cartoonish nastiness of his 2010 3-D Piranha remake (which is also quite entertaining and definitely worthy of a look), the filmmaker returns to his down-and-dirty roots as he presents a straightforward thriller of two people in peril doing all they can to survive against overwhelming odds. His presentation of Michael Rasmussen and Shawn Rasmussen’s (The Ward) sturdy script is free from a lot of unnecessary bells and whistles, Aja allowing the inherent terror of the situation Haley and Dave find themselves in to do the majority of the heavy lifting for him.

Not that Scodelario and Pepper aren’t given plenty to play around with. Haley and Dave’s familial dynamic is suitably complicated, both harboring secret anxieties and pains they’ve not done a particularly good job dealing with on their own. While none of what either character is going through is hardly imaginative, their intimate emotional dexterities do help give the story an additional layer that makes the pair’s dual fight to keep from becoming gator fodder even more affecting than it otherwise already was. Both actors revel in these moments of confrontation, recrimination, understanding and forgiveness, Scodelario particularly so, her determined tenacity frequently sensational.

Not all of this is as entirely believable as it was possibly meant to be. Those nasty alligators are really good at climbing in boats and crushing people into pieces in precious few bites when doing so doesn’t involve the two protagonists. But where it comes to Haley and Dave? Anytime they happen to get their teeth into one of them? Let’s just say the pair are very, very resilient, and it isn’t until the film’s final act where survival finally becomes something of a question mark and where the creatures suddenly exhibit the same carnivorous ferocity as they did against those random nobodies earlier in the tale.

None of this really matters, of course, as part of what gives the film its visceral kick is watching all of the almost superhuman (but not quite) ways in which father and daughter manage to overcome most of the toothy obstacles standing in their hurricane-ravaged path. Not since 2016’s The Shallows has a major Hollywood studio-produced minimalist creature-feature proven to be so much unabashed fun. Aja directs with total confidence, orchestrating all of the carnage with energetic gusto. The film is also grandly shot by veteran Maxime Alexandre (Shazam!) and exuberantly scored by Max Aruj (The Abandoned) and Steffen Thum (Warning Shot). Crawl ended up being one of the most enjoyably suspenseful films I’ve had the pleasure to see this summer, and I can’t wait to head back to the theatre and submerge myself in its tense waters for a second time very, very soon. 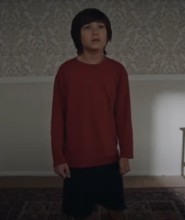 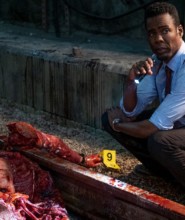 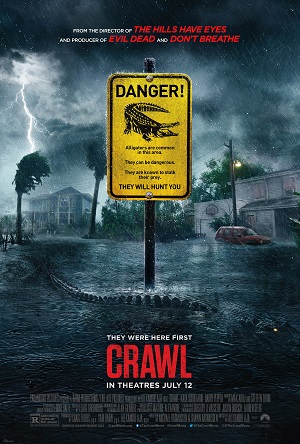