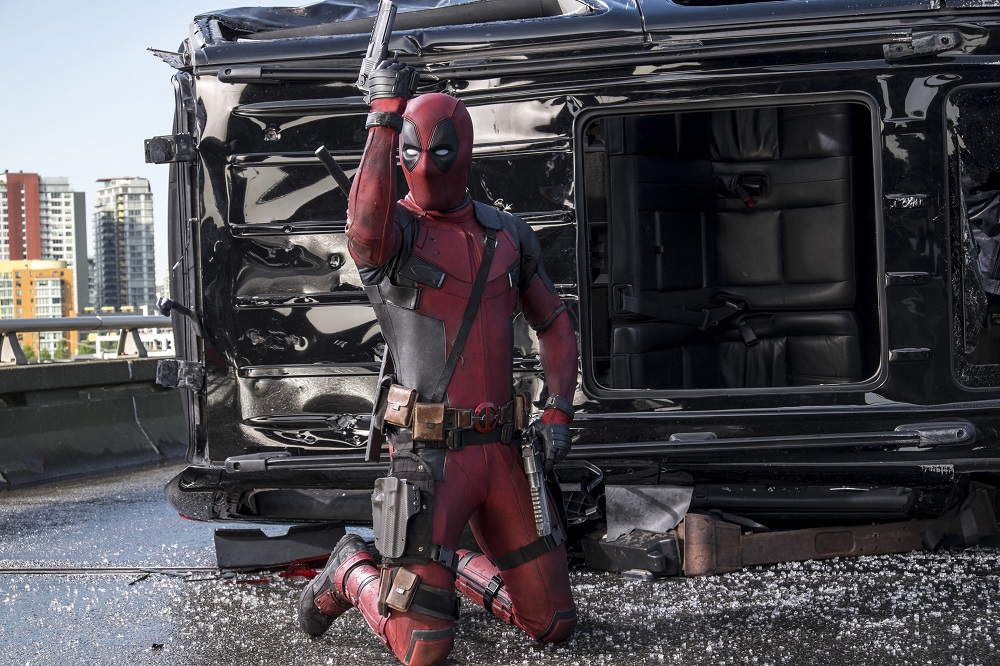 Former Special Forces operative turned quick-witted mercenary Wade Wilson (Ryan Reynolds) is dying of cancer. His stripper girlfriend Vanessa Carlysle (Morena Baccarin) doesn’t want to give up on the fight, letting her beloved know in no uncertain terms she’s going to stand right there next to him no matter what. But after being approached by a shady, if well-dressed, recruiter (Jed Rees), Wade believes he’s found a shortcut to beating what ails him. Not telling Vanessa, he’s going to participate in a medical experiment that, if successful, will activate the dormant mutant genes lurking within his DNA, and in doing so cure his cancer. 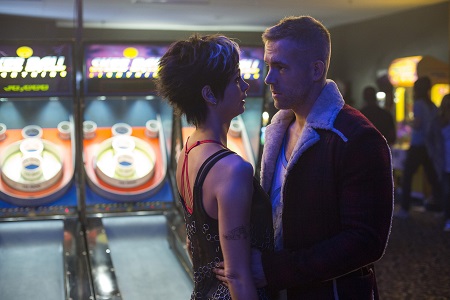 Things do not go as planned. Not only does the scientist, another former mercenary calling himself Ajax (Ed Skrein), running things intend to transform all those who come asking him for help into super-powered slaves, he also slaps control collars on them and sells these soldiers to the highest bidder as lethal, if mindless, drones. Not that Wade is going to go along with any of this peacefully. His mutation has the unintended side effect of making him practically indestructible, allowing him to destroy Ajax’s facility as he goes out the door, leaving him horrendously disfigured in the process.

Deadpool exists in the same world as Fox’s X-Men films. At the same time, this Marvel comic book character isn’t family-friendly. His antics are hardly warm and fuzzy. Nicknamed the “merc with a mouth” in the series originally created by writer Fabian Nicieza and artist/writer Rob Liefeld, the movie is violent, gory, foul-mouthed and features plenty of nudity (both male and female). The character is also prone to breaking the fourth wall, speaking wisecracks directly to the viewing audience as if he were in The Muppet Movie or a Mel Brooks comedy from the 1970s. In other words, The Avengers or X-Men: Days of Future Past this is not, and those thinking otherwise will have another thing coming.

As oddly amiable and pleasant as the script by Zombieland impresarios Rhett Reese and Paul Wernick can be, as strong and confidently self-assured as newcomer Tim Miller’s direction undeniably is, for all its four-letter creativity and blood-splattered vitriol Deadpool follows a pretty standard superhero template. This origin story doesn’t shake up the status quo, and, if anything, follows that Spider-Man, Iron Man, Batman Begins, so-on, so-forth, etc., etc., etc. template pretty much number by number. There’s a been there-done that feeling that’s undeniable, and as such the movie isn’t always as interesting as I found myself wanting it to be.

Even so, the movie is sitting well with me. It made me giggle. It made me laugh. I liked Wilson’s motor-mouth. I adored Reynolds’ delivery of his colorfully crass lines. More than that, though, I liked that Reese and Wernick gave him an arc, made the character more than just nonstop quips. There is a story to this man, a deeply rooted pain that’s expansive. His insecurities, the items making his aching angst what they are, all of that is relatable, and while Wilson’s relationship with Vanessa isn’t exactly as multidimensional as it maybe could have been, there is still an undeniable tragic eloquence to it that is perceptively effective.

Additionally, Deadpool’s remorseless violence against those who wronged him is nicely counterbalanced alongside heavyweight (literally, he’s made of metal) member of the X-Men Colossus (voiced by Stefan Kapicic) and his petulant hero-in-training Negasonic Teenage Warhead (Brianna Hildebrand). The pair of them adds an intriguing angle to the film, giving it a little extra weight, a bit more meaning than it would have had without them. They allow the screenwriters to explore ideas of right, wrong, heroism and villainy in an expansive, if still comical, way, and as such it gives things – of all traits for something this anarchic and lewd to possess – a welcome sense of maturity. 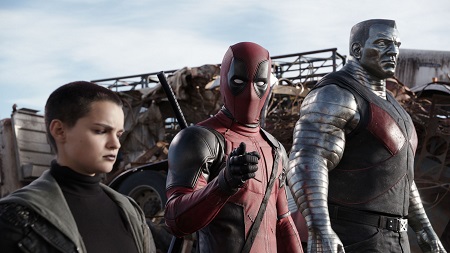 Considering the budget restraints (Fox insisted on frugality on the part of the filmmakers if all involved were insistent on going ahead with an R rating), Miller does a pretty terrific job. A visual effects specialist who made his mark handling some of the second unit duties for Thor: The Dark World, even if some of the CG visuals are a little on the cheap side, there is still a kinetic energy that’s emphatically palpable. He also stages a sensational climactic bout aboard a vessel that will be familiar to fans of the Marvel Cinematic Universe, namely a successful sequel involving a guy know for embracing all things Red, White and Blue and fighting with a shield. It’s a magnificent sight gag and an even better inside joke, easily one of the best the movie offers up for water cooler conversation.

For Reynolds, who originally played this character in the execrable X-Men Origins: Wolverine (and openly pokes fun at that fact), the finished product is an undeniable success, the veteran actor finally getting a franchise that suits his comedic talents perfectly. As for Deadpool itself, while the movie doesn’t subvert the genre as much as it thinks it does, Matthew Vaughn’s Kick-Ass and James Gunn’s Super beat it to the punch ages ago, but thankfully that doesn’t make it any less enjoyable. This is a fun, hyper-violent, gleefully perverse frolic into the super-powered absurd, and if a sequel does end up happening I could envision a scenario where it does get the opportunity to push the sort of boundaries of good taste  this origin tale only hints at trying to demolish. 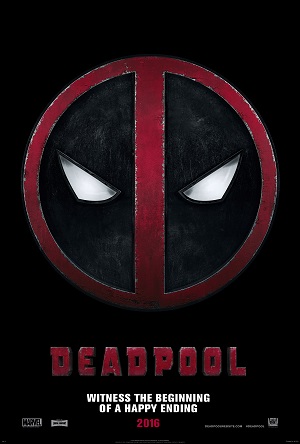