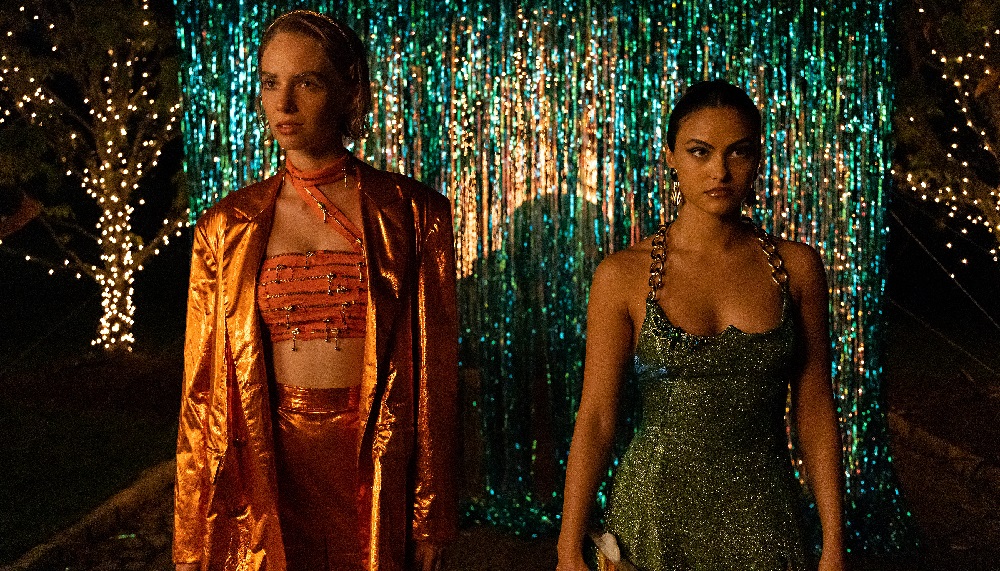 As if born out of obsessive rewatches of Cruel Intentions and Mean Girls, Do Revenge is a subversive, foul-mouthed teen comedy that goes to some pretty vile and depraved places. It is a rambunctious, fire-breathing demon of immorality, going so far over the top that it’s not possible to take its frothing-at-the-mouth satire seriously.

It’s a mixed bag, but director Jennifer Kaytin Robinson (Someone Great) and co-writer Celeste Ballard (Space Jam: A New Legacy) do offer up enough moments of smarmy insight to make their high school aria of the absurd far more consistently entertaining than it should be. A third act twist does threaten to derail the proceedings and send all of this exploitive nonsense into a realm that’s more offensively disagreeable than it is offensively endearing (or truthful), and it is only the strength of the two lead performances by Camila Mendes and Maya Hawke — not to mention a last-second bit of narrative sleight of hand — that this train stays on the track until it reaches the station.

Drea (Mendes) is the alpha it-girl at her exclusive Florida prep school. However, unlike the majority of her very wealthy, extremely connected classmates, she’s there on scholarship and has had to work overtime to get in with the other queen bees. But Drea discovers how fast those without six- or seven-figure resources can fall when a sexting video she sent her boyfriend Max (Austin Abrams) is mysteriously leaked and goes viral.

Cut to three months later. Summer break is over, and Drea has been stewing over the incident the entire time, dreading going back to school for her senior year. While she’s become a pariah, the video has only increased Max’s class standing, making him even more untouchable than he already was. The thing is, all his claims to the contrary notwithstanding, Drea is 98% certain he was the one who leaked the video, and if it wouldn’t put her Ivy League plans in jeopardy, she’d do anything to get her revenge.

Enter Hawke. She plays awkward transfer student Eleanor, and through a coincidental series of events makes Drea’s acquaintance without anyone else at school noticing. She has her own sordid past and would love to get even with another girl, who egregiously wronged and outed her when they were both questioning 13-year-olds. In a Hitchcockian bargain for the ages, the two agree to do one another’s revenge, becoming virtually inseparable in their conniving sisterhood as their plans take shape.

There are dueling voiceovers from Drea and Eleanor. Sometimes they are insightful. Eleanor’s can be especially fruitful, notably during the film’s second half, when the bottle spins in a reverse direction and her character drifts more toward the center. But there are almost as many instances where the narration restates what didn’t need any embellishment, and I kind of wish Robinson and Ballard hadn’t utilized the device at all.

Another issue is that, as broad and as purposefully cartoonish as Robinson makes things, there is still no avoiding the fact that Drea and Eleanor’s actions are heinous — and not incrementally but right away. The brazen way the pair connive and destroy and the lengths they go to in a single-minded pursuit to achieve their goals come perilously close to being disgusting. Drea is particularly unlikeable, which is impressive considering she’s the one who was slut-shamed and deserves justice for what was done to her. But the character’s actions are so beyond the pale, it’s as if the filmmakers are daring the audience to try and sympathize with her — and it turns out that’s a tough ask.

But Mendes makes the most out of the situation. She’s obviously having a blast, and I like that the actor embraces Drea’s dark side and doesn’t soften her rougher edges. The scene where the video is released to the entire student body, with the teenager standing in the center of the school’s courtyard as if she were onstage is outstanding, and Mendes plays the moment beautifully. Pain, shock, terror, anger: they all flash across Drea’s face, and the volcanic rage she finally releases is pointedly authentic in its sound and fury.

Hawke is even better. From the first second Eleanor enters the story, it is clear she is a force of nature. The teen utilizes her timidity as a shield, a clever façade that belies a fierce intellect and a ferocious will that will devour anyone silly enough to underestimate its power. It’s a quietly cagey performance, with Hawke layering in hints as to who Eleanor is and why she’s so willing to go along with Drea’s schemes with delectably loathsome ingenuity.

Think of Do Revenge as Strangers on a Train but with two characters who would make Pierre Choderlos de Laclos smile with Machiavellian glee. If the Cruel Intentions connections were not blatantly clear, Robinson lifts a song from that 1999 cult favorite’s soundtrack and even brings in one of its biggest stars for a clever extended cameo. The humor is too broad and the situations too animatedly extreme for the film to have the same sort of lasting resonance, but the intent is still clear, and I like that the director isn’t afraid to make her audience uncomfortable.

The third act twist is problematic, not because Robinson and Ballard shouldn’t be allowed to take things in the direction they do, but more in how they configure their characters in the aftermath of its unveiling. There is a sociopathic nastiness that doesn’t quite work, and in trying to bust stereotypes and heteronormative gender conventions, the filmmakers inadvertently come perilously close to reinforcing them.

But things spiral back in a positive way nicely during the climax. Hawke and Mendes match wits beautifully, cementing their relationship in conspiratorial frenemy-ship with such ghoulishness that it brought a gigantic smile to my face. They’re both terrific, elevating the material right at the exact moment when it needed that the most.

Do Revenge may not say anything new (go watch Bodies Bodies Bodies if you want to see a Gen Z satire with teeth), but it does live up to the gleeful viciousness of its aforementioned predecessors that Robinson and Ballard are blatantly referencing. Hawke is a born star, and Mendes shows she’s worth keeping an eye on. I’m glad I gave this one a look, and I have a sneaky suspicion the target audience is going to not just enjoy themselves but possibly love it to the point of obsession. 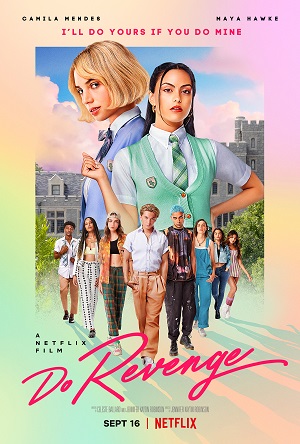