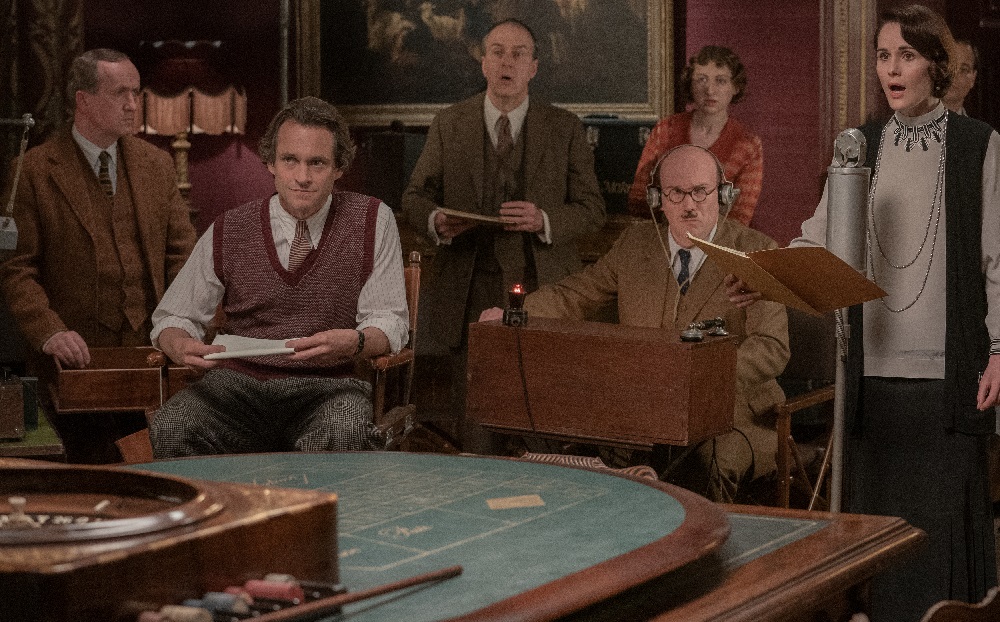 A New Era of Downton Abbey is Worthy of Celebration

Not being a big Downton Abbey fan — I’ve never even watched an entire episode of the series — I’m as shocked as anyone by just how much I adored Downtown Abbey: A New Era. Maybe it’s the presence of director Simon Curtis. Maybe it’s that creator and screenwriter Julian Fellowes doesn’t attempt to cram an entire season’s worth of plotlines into a single, two-hour motion picture. Whatever the reason, this is a glorious sequel, and the best compliment I can give is that I can’t wait to watch it again.

Picking up not too long after the events of the previous film with the wedding of Tom Branson (Allen Leech) to Lucy Smith (Tuppence Middleton), Fellowes has separated the narrative into two distinct yet complementary halves. The first concerns a film company, led by director Jack Barber (Hugh Dancy), shooting a silent melodrama at Downton, featuring major movie stars Myrna Dalgleish (Laura Haddock) and Guy Dexter (Dominic West) under the eagle-eyed supervision of Lady Mary Talbot (Michelle Dockery). The second involves a villa on the French Riviera left to Violet Crawley (Maggie Smith) by a former weekend companion when she was a much younger woman.

The first plot quickly treads into territory reminiscent of 1957’s Singin’ in the Rain and Alfred Hitchcock’s 1929 drama Blackmail. What starts as a silent production must quickly transform into a talking picture. Problem is, beautiful Myrna’s inability to get rid of her thick, working-class accent may destroy any chance Barber has to save the film. Knowing that, if the production folds, she won’t get the cash to fix Downton’s leaky roof, Lady Mary agrees to provide voiceover for Myrna’s character, creating a whole flurry of new complications requiring equally creative solutions.

The second involves a culture clash as Lord Robert (Hugh Bonneville) and Lady Cora Grantham (Elizabeth McGovern) head to France — along with their perfectionist former butler, Mr. Carson (Jim Carter) — to meet with the current residents of the villa and decide whether or not it is appropriate for Violet to assume ownership. She wants to bequeath the house to Tom and Lucy’s daughter, but Robert and Cora are hesitant to give their blessing.

The two plots mesh together nicely, and the exceptionally talented ensemble are given multiple opportunities to shine. While it is no shock that Smith coolly and confidently dominates her few scenes, one of the great pleasures of this sequel is to see both Dockery and McGovern given so much meaty material to consume. Each actor does so with great relish, with both bringing a sublime emotional complexity to their performances that’s frequently wonderful. Dockery, in particular, is outstanding, and her scenes with Dancy showcase an energetically intimate authenticity I found joyfully captivating.

There’s also a lovely subplot involving Dexter and head butler Thomas Barrow (Robert James-Collier); the subtlety of their interactions is as touching as it is era-appropriate. I also loved the way Fellowes constructs the relationship between Myrna and assistant cook Daisy Parker (Sophie McShera). Where things go between the pair isn’t exactly surprising, but McShera is so gosh darn great during her moments with Haddock that I could have cared less. I may have even shed a happy tear when the pair finally had their showdown and disbelieving shock quickly gave way to empathetic, sisterly understanding.

Curtis, the man behind films like My Week with Marilyn and Goodbye Christopher Robin, not to mention sprawling BBC television productions like 1999’s David Copperfield, breathes fresh life into Downton Abbey with his handling of Fellowes’ script. He balances all of the plot strands with dynamic confidence, putting emphasis on each character at the appropriate time and never allowing the inherent melodramatics to feel schlocky or facile.

I still don’t feel the need to go watch the series, but unlike the last film, I also don’t get the sensation that I need to to fully understand who these characters are and the intricate histories that shape them. This sequel lives and breathes outside of the television show that birthed it, and not once did I wonder if I was missing out on anything by not having seen any of its 52 episodes. Downton Abbey: A New Era stands on its own, and without question, it will go down as one of this summer’s finest cinematic entertainments. 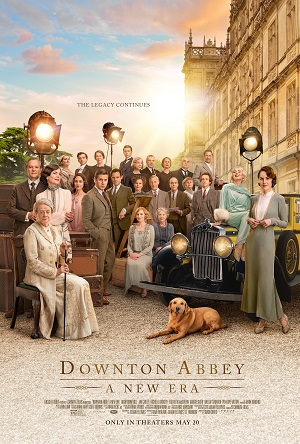