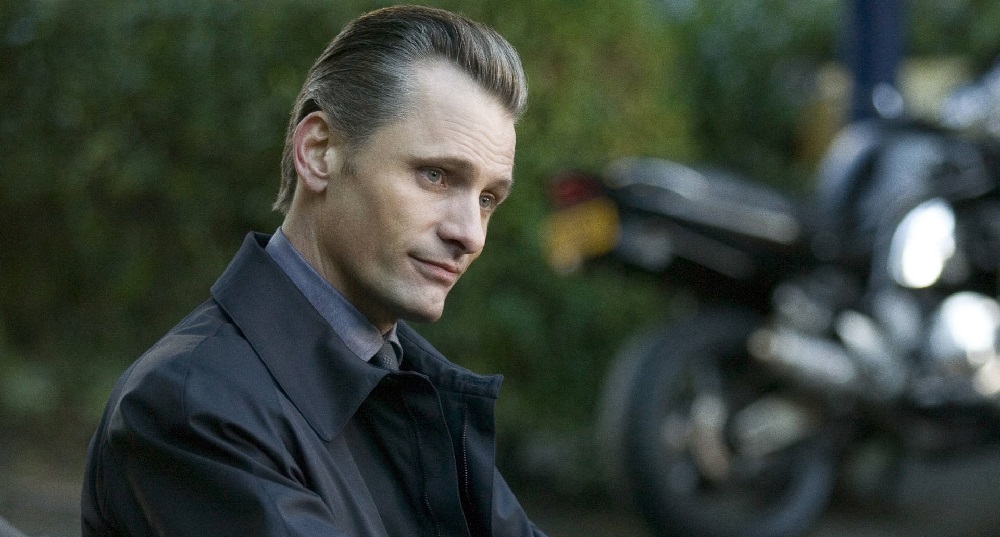 “Forget any of this happened. Stay away from people like me.”

Here’s what I wrote about Eastern Promises back in my original theatrical review in September of 2007:

“Dark, somber, bleak, and brutally powerful, Eastern Promises is the latest disturbingly violent piece of poetry from master filmmaker David Cronenberg (A History of Violence). An arresting marvel of storytelling and substance, this pitch-black parable of history, tradition, family, and vengeance is a hard-core thriller ranking amongst this director’s finest achievements. It is also one of the year’s best motion pictures.

Much like all Cronenberg creations, the film is also not for the squeamish and is guaranteed to polarize audiences. This saga of the Russian mafia secretly controlling the streets of London while a lone midwife seeks to find answers as to why a pregnant 14-year-old girl died childbirth goes straight for the jugular – literally and figuratively – and doesn’t pull a single punch. Steven Knight’s screenplay is a twisted barnburner, and much like his script for Dirty Pretty Things there is an emotional bleakness to the narrative that left me feeling dirty as I exited the theater.

But I like stories that challenge the viewer structured around complex characters who all have something interesting to say. This drama is a moving thriller full overflowing with subtle nuances and deft characterizations. It fearlessly stares into the heart of darkness, forcing the audience to stare right back whether they are comfortable doing so or not.

Naomi Watts is excellent as the midwife Anna. She’s desperate to discover the secrets buried within the diary of a dead teenager, never quite fully understanding the murderous repercussions her investigation will inadvertently generate. Armin Mueller-Stahl has his best role since his Oscar-nominated turn in Shine as a Russian restaurant owner, demonic, bloodthirsty rage clandestinely hiding behind the kindly visage of a puttering old man. Vincent Cassel is also quite good as this man’s son, but Knight’s storytelling does him few favors, the film leaving his character something of a nonsensical enigma by the time things reach a conclusion.

Viggo Mortensen is the metaphorical force of nature dominating all aspects of the production. Playing Cassel’s best friend, confident, driver, and protector, the actor buries himself so deep inside his role I almost forgot I was watching the same man who previously brought disparate characters like Aragorn, Frank Hopkins, and Tom Stall to such vigorous life. This is a daring performance, Mortensen stripping himself physically and emotionally naked for everyone to see. He’s magnificent.

Cronenberg directs with confidence, letting things uncoil organically. Frequent cinematographer Peter Suschitzky’s (Shopgirl) camera glides throughout the story’s milieu as if it were a silent observer transmitting its observations with elegiac intimacy. Cronenberg punctuates this ethereal surveillance with pungent spurts of violence and adrenaline, a brawl inside a bathhouse one of the more jarring and deeply unsettling fight sequences I’ve ever seen.

Things do wrap themselves up a bit too nicely, while a certain twist as it pertains to a character’s allegiances isn’t much of a surprise. But these are small problems. Cronenberg ends things on a coda that’s as reassuring as it is chilling, deep longing loneliness mixed with warmhearted happiness, everything melding together to produce a gut punch of a climax that knocked me sideways. Eastern Promises is impossible to forget.”

Eastern Promises remains a polarizing stunner and features one of the best performances of star Viggo Mortensen’s entire career. Kino’s 4K presentation is immaculate, making this release an absolute must for fans to add to their collections. Highest recommendation. 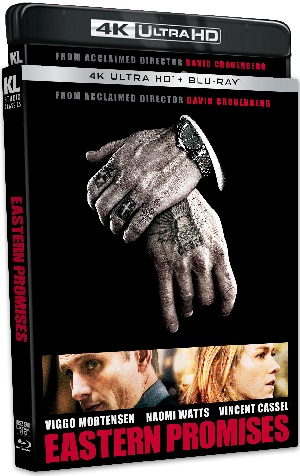