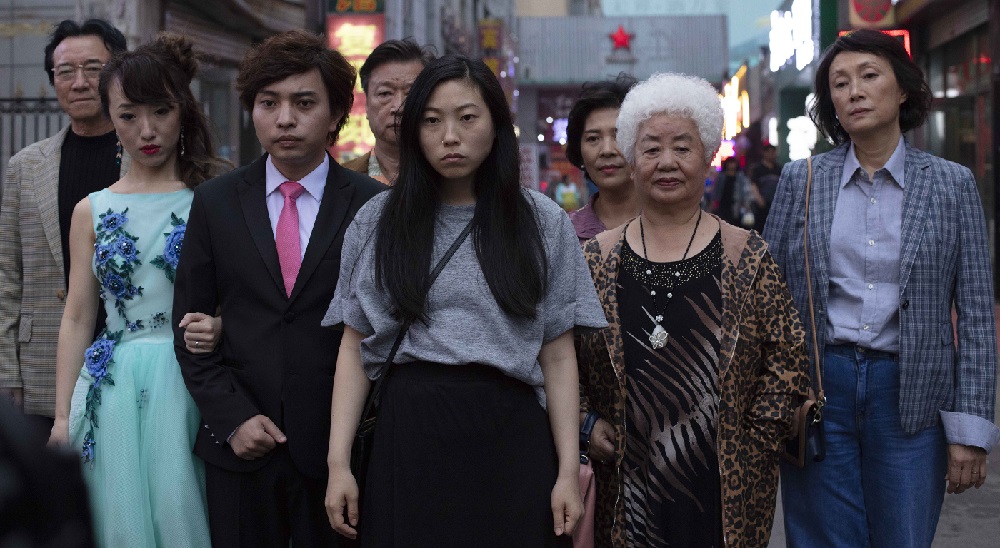 Unemployed New York writer Billi (Awkwafina) heads to China after her parents Haiyan (Tzi Ma) and Jian (Diana Lin) inform their daughter that her beloved grandmother Nai Nai (Zhao Shuzhen) has terminal cancer and, per cultural tradition, have decided not to inform the old woman that she only has a few more weeks to live. They have plotted a wedding of one of Billi’s cousins instead, an event that allows for a valid reason for the family to get together for a reunion. But knowing how angry this lie makes their daughter they urge her to stay in the United States and not attend the gathering, both parents worried she’ll spoil the ruse and tell Nai Nai what is going on.

Based on a true story chronicling an actual family event centered around a very real lie, writer/director Lulu Wang’s (Posthumous) movingly emotional The Farewell is going to go down as one of 2019’s best films. An achingly honest character study that isn’t afraid to intermix laughter and tears in almost equal measure, the movie is an introspective experience that feels both markedly tied to its cultural roots yet also in the same breath is cathartically universal in the dynamic magnitude of its overarching themes. It is a motion picture that only gets better the more one ponders, debates and analyzes all of its various layers, Wang delivering a pitch-perfect melodrama that I haven’t been able to stop thinking about in the almost two full months since I first watched it.

Part of me wants to just leave things there. This is the type of cinematic sensation I want potential viewers to know as little about as possible before they enter the theatre. Even though Wang doesn’t do anything too extreme or stage events in a manner where the imaginatively unconventional might transpire, there is still a magnetic, intensely meditative creativity to the presentation of her narrative that I think is consistently fascinating. This allows emotional nuances fueling the story to come remarkably close to taking on a uniquely idiosyncratic life of their own, magnifying the inherent power of the situation Billi finds herself suddenly in as she sits at the center of an increasingly thoughtful and self-reflective ruse.

I loved Awkwafina in Ocean’s Eight. I thought she came perilously close to stealing Crazy Rich Asians from her equally outstanding costars even though her character was really nothing more than wisecracking comic relief. But none of that means I was prepared for the magnificence of her performance as Billi. Wang has gifted her with a role that swings from broad comedy to unapologetic melodrama to all the many gradations in-between at the drop of the hat. There is no telling what this character is going to do or what she will end up feeling from one second to the next, Awkwafina standing on the edge of a razor as she navigates the ins and outs this subtly complex scenario. Her grace under this sort of emotive pressure is extraordinary, and almost from the first frame she slips inside Billi’s skin to the point the actress comes amazingly close to disappearing entirely inside the role.

Equally outstanding is Shuzhen, and I feel like I could have watched an entire film of just her wandering around her Chinese village interacting with various neighbors and connecting with members of her family much in the same way I swooned over Edward Yang’s Yi Yi or Zhang Yimou’s Riding Alone for Thousands of Miles. The silent intimacy of her performance speaks volumes even though the actress herself says precious little, her chemistry with Awkwafina particularly stunning in its quietly impassioned specificity. Nai Nai feels like one of those characters that on paper it’s easy to believe almost anyone could portray only for Shuzhen to show the fallacy of those preconceptions with the expansive majesty of a timeless performance worthy of end-of-year award consideration.

Wang knows what she is doing behind the camera. Her technical team is aces across the board, cinematographer Anna Franquesa Solano and editors Matt Friedman and Michael Taylor particularly worthy of praise. The director never forgets to put her characters first, weaving in laughter, heartache, euphoria and oceans of tears with a genuine artistry that is never anything less than authentic. She shows how “melodrama” isn’t a bad word, her ability to weave so many dissimilar emotional cadences inside her rich, distinctly personal tapestry beyond magical. I’ll say it again: The Farewell is one of the best films of 2019. Heck, it might even be one of the best of the entire decade. 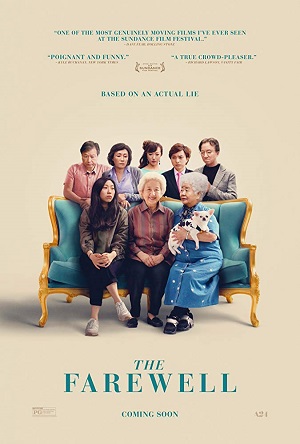