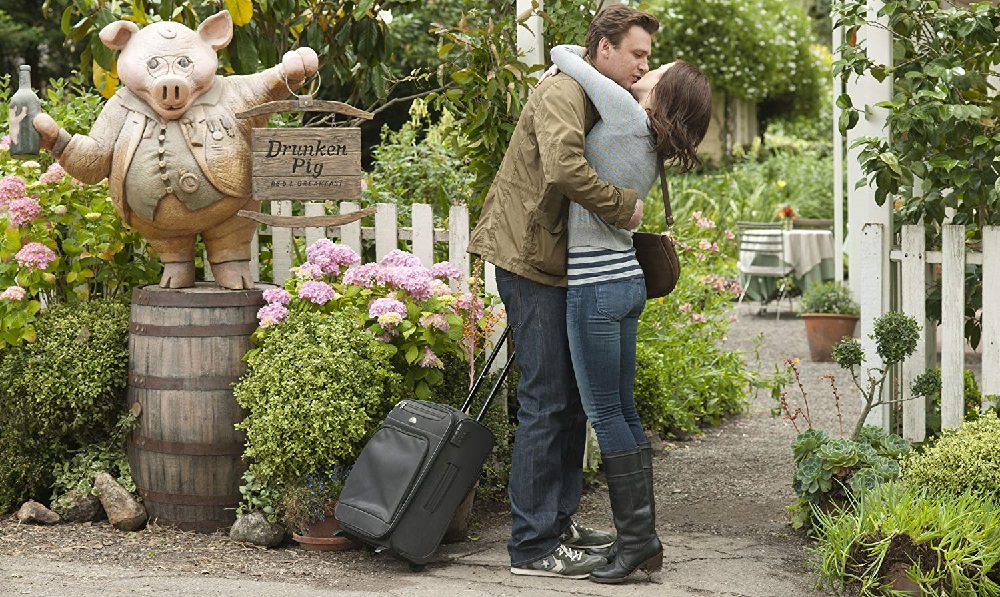 Frustrating Engagement Stumbles Down the Aisle

Tom Solomon (Jason Segel) has proposed to his girlfriend of one year Violet Barnes (Emily Blunt). They are going to get married. Her quirky sister Suzie (Alison Brie) is ecstatic. His best friend and fellow sous chef Alex Eilhauer (Chris Pratt) couldn’t be happier for his pal. Her mother Sylvia (Jacki Weaver) just hopes the nuptials will take place soon, preferably before all the grandparents die. His parents, Carol (Mimi Kennedy) and Pete (David Paymer), are just delighted little boy is on the verge of settling down with such a spectacular woman.

Who could have foretold that just as they were in the middle of planning the wedding Violet would have her dream of doing a postdoctoral in social psychology at the University of Michigan come true, the two-year contract meaning the pair will have to move from San Francisco to the climactic wilds of Ann Arbor. How could they have known that, by doing so, Tom would lose out on becoming the head chef of his own restaurant and have to trade that dream in for slinging sandwiches in a popular collegiate eatery in order to support his beloved? One thing leads to another and next thing these two know they’re moving into an almost five-year engagement with no wedding date in sight. Their relationship feels doomed, the bliss of Tom’s proposal and Violet’s acceptance slowly dying as the pair try and figure out their mutual career paths and what that means towards achieving a happy life entangled in one another’s arms.

I made the comment walking out of my screening of The Five-Year Engagement that Emily Blunt could probably have chemistry with a cabbage if by some stroke of weird misfortune she found herself co-starring alongside of one. She’s continually amazing, and in films as diverse as The Young Victoria, The Wolfman, The Adjustment Bureau and Salmon Fishing in the Yemen she’s tapped into an enchanting ability to connect with her fellow actors that’s blissfully sublime.

That’s the good news, and it’s so good that it almost makes watching her latest worthwhile. But while this latest efforts from star/co-writer Segel and director/co-writer Nicholas Stoller is hardly a waste, much like their last comedy working together Forgetting Sarah Marshall, this one never finds the solid footing that could have helped it be an entertaining ride from start to finish and not just sporadically.

Segel and Stoller have a bad habit of over-explaining things, whether it is a dramatic beat or a comedic one. They’ll showcase a beguiling funny gag of verbal ingenuity only to undercut it by explaining to the audience why it’s funny thus erasing any reason there might have been to laugh. They also do this during the emotional scenes. They don’t let what is up there on the screen speak for itself, adding superfluous details almost as if they don’t trust that the audience can understand what it is they are trying to say.

These are problems, and they’re big ones. Thankfully Segel and Stoller do show a knack for dramatic maturity that’s frequently remarkable. As humorous as their movie might be it can’t really be described as a traditional comedy, their picture more of a relationship drama with some funny bits sprinkled throughout more than it is anything else. The bracing honesty of what is being said and explored is impressive, many of Tom and Violet’s dialogues, whether with each other or with their relatives, taking me by surprise.

When you couple all of that with Blunt’s superlative performance I want this to be enough. But I can’t say it is, the frustrations caused by Segel and Stoller’s inability to maintain focus driving me bonkers. As courtships go, The Five-Year Engagement didn’t have enough oomph to get me to the alter, making me something of a runaway bride as I exited the theatre and found myself wishing I would have eloped with a different motion picture altogether. 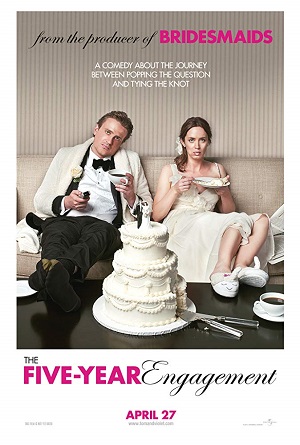