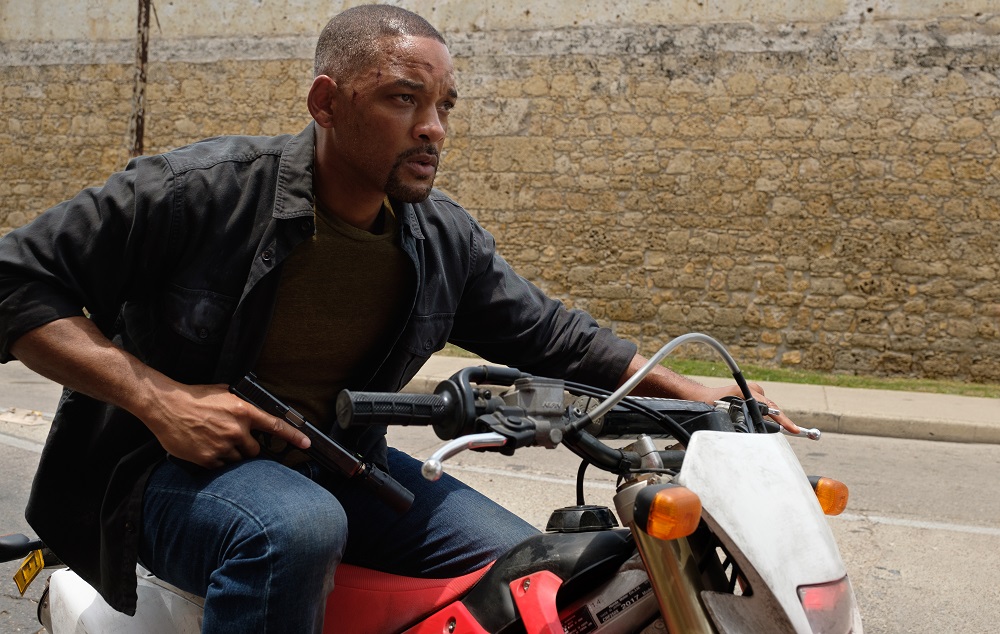 Lee’s Gemini Man a Technological Marvel and a Storytelling Frustration

Henry Brogan (Will Smith) is the best there is. But the elite sharpshooter has reached the end of his rope, the sleepless nights and the ghosts staring back at him in the mirror multiplying to the point they’re starting to become too much for him to bear. It’s time for the government assassin to retire, and as much as his superiors would rather that wasn’t the case, as far as Henry is concerned it’s the only thing he can do if he wants to keep his sanity.

If only retiring were quite so simple. Henry’s former Marine commander Clay Verris (Clive Owen), now running an elite paramilitary organization and who works on clandestine projects with high-ranking government officials, can’t let the assassin go quietly off into the goodnight. It becomes critical that he be put down, Verris sending his most prized asset, a crack commando going by the nickname Junior, to do the job. On the run, Henry traipses around the globe in a desperate search for answers as to why those he used to work for now suddenly want him dead, discovering a mind-blowing truth that puts him face-to-face with the one person on the planet who is every bit as skilled a killer as he is: himself.

Gemini Man is the type of high-concept idea that were a dime a dozen back in the 1990s, this sort of science fiction-infused big budget action spectacular arguably reaching its zenith with John Woo’s classic Face/Off with Nicolas Cage and John Travolta back in 1997. Considering the film has been in one stage of production or another for going on twenty years, this feeling on my part is hardly a shocking one. But for whatever reason two-time Academy Award-winning director Ang Lee was intrigued by the idea of an older, world-weary assassin forced to battle against a younger version of himself to the death, the man behind hits as diverse as Life of Pi, Crouching Tiger, Hidden Dragon and Brokeback Mountain taking this story up as his next project after the failure of 2016’s Billy Lynn’s Long Halftime Walk.

It’s easy to see why the filmmaker would be drawn to the material. Over the past few years he’s become obsessed with finding additional ways to push the cinematic medium into new, uncharted territories. Here, not only does he get to utilize revolutionary motion capture technology which allows for the potential for creating an almost photorealistic twenty-something version of Will Smith to battle his actual fifty-something self, like he did with Billy Lynn’s Long Halftime Walk Lee once again gets to shoot things at a high frame rate (120fps instead of the standard 24fps) in an attempt to create a sharp, brightly immersive image the viewer will hopefully find themselves becoming lost within. It’s ambitious stuff, the director noticeably invigorated by the challenge as he pulls out all the stops to make the material worthy of all his technologically herculean efforts.

The end result is a definite mixed bag. As Henry Brogan, Smith hasn’t been this good in ages. He brings a desolate weariness to his performance that’s quite effective, while at the same time still manages to find that vibrant energetic spark of youthful mischievous spontaneity that helped make him an international superstar back in his 20s. Smith is also electrifying in the action scenes, and while he’s no Tom Cruise (he of doing every stunt possible no matter how dangerous in the Mission: Impossible franchise), the actor still throws himself around with a wily enthusiasm that’s terrific.

It’s Smith as the younger Junior where my trepidations towards fully embracing the film begin. The motion capture technology used to make this youthful version of the actor is frequently spectacular. Long shots of the two versions of Henry chasing one another or in direct one-on-one conflict are astonishing. But in closeup, while we’re not talking The Polar Express or Beowulf levels of uncomfortable, the shots of Junior full-on with his face taking up the majority of the screen are still undeniably creepy. With the heightened resolution and brightness the computer-engineered trickery utilized to digitally create a young Smith circa his “The Fresh Prince of Bel-Air” days is clearly noticeable, and as such I found it difficult to believe in the flesh and blood vitality of the character for the entirety of the feature.

Then there is that script. There’s a reason it’s been sitting around for so long, and while David Benioff (Troy), Billy Ray (Overlord) and Darren Lemke (Shazam!) are the credited screenwriters, a wide variety of scribes have had their hand trying to make this scenario work for over two decades now. The whole thing is something of a manic mess that only grows in inanity and silliness as events progress. Characters portrayed by Mary Elizabeth Winstead, playing a veteran government agent named Danielle “Danny” Zakarweski who goes on the run with Howard and uncovers the secret of Junior’s birth, and Benedict Wong, as a mercenary from Brogan’s past who helps him trot around the globe and functions mostly as gregarious comic relief, are so thinly crafted they barely exist, and if not for the superior talents of the actors inhabiting them would be frustratingly forgettable. As for the villain, Owen does his best but Verris is so cravenly one-dimensional all he’s missing is a Snidley Whiplash mustache in order for him to be a complete caricature that even a lesser James Bond opus would have left on the cutting room floor.

But darn it all if Lee is just too dynamic a craftsman for me to be able to dismiss Gemini Man as a technical marvel and a narrative failure so I can go talk about something else. I find doing that impossible because, for as mindless as all of this is, for as much as the visual aspects both thrilled and annoyed me in almost equal measure, at times there is such a kinetic magnetism to the film that I couldn’t have taken my eyes off if it even had I wanted to. Next to maybe Chad Stahelski’s John Wick: Chapter 3 – Parabellum, Robert Rodriguez’s Alita: Battle Angel and especially Le Van Kiet’s Furie, this is one of the most confidently fluid and visually clean action spectaculars of 2019. Veteran cinematographer Dion Beebe (Memoirs of a Geisha) assuredly centralizes character conflicts and chase sequences in a manner that consistently utilizes the entire frame, while editor Tim Squyres (Lust, Caution) allows scenes to play themselves out in a minimum of cuts which increases the intensity of each encounter between Henry and Junior considerably. Lee puts it all together with care, always coming back to focus on the elder version of Smith, allowing the actor to add the emotional heft that makes watching things to conclusion worthwhile.

I’m honestly not sure if the positives outweigh the negatives. The resolution to the story is incredibly underwhelming, and the casual way in which characters are dispatched feels nothing short of lazy at times. As for the technology, it alternates between being strikingly eye-popping and exasperatingly obnoxious from one moment to the next, and as far as the 120fps is concerned I’m still not sold on that one little bit. But Smith’s performance is a reminder of just how great an actor he can be when he sets his mind to it, while Lee’s direction and handling of the action sequences is nothing less than superb. All of which makes Gemini Man a perplexing conundrum, and for a thriller about an assassin who never misses a shot this is one motion picture that has a whole lot of trouble consistently hitting the target. 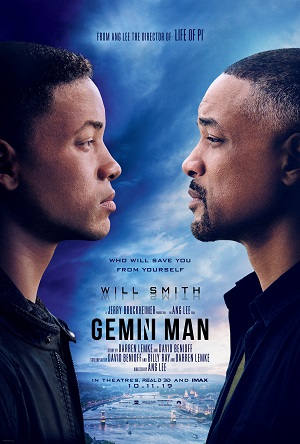