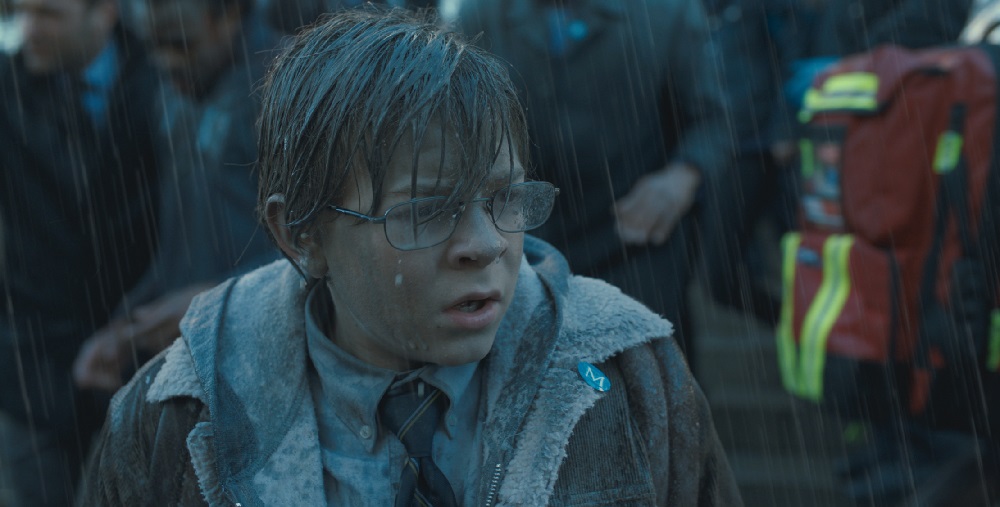 The Goldfinch is nowhere near a perfect adaptation of author Donna Tartt’s magnificent, Pulitzer Prize-winning 2014 novel. Its sprawling narrative examined grief, tragedy, heartbreak, friendship and redemption in lyrically nuanced fashion, digging into the psyche of protagonist Theo Decker with a reflective specificity that was nothing short of spectacular. As such, director John Crowley (Brooklyn) and screenwriter Peter Straughan (Tinker Tailor Soldier Spy) set themselves an almost impossible task when they set about transforming the best-selling book into a motion picture, and even at a methodically paced 149 minutes there’s almost no way their resultant film could do Tartt’s story justice.

Yet I liked what they’ve accomplished all the same. There is something profoundly moving about Theo’s journey, the connection he makes to the titular painting, how it is he buries the grief over the unimaginable tragedy he experienced as a child and the subsequent hardships he was then forced to endure of the next 14 years. His bad decisions compound one upon the other. His personal failings as he is unable to escape the demons of his past lead to even more chaos, more emotional damage, most of which not even the cathartic impact of a few magnanimous good deeds can erase. Happy endings only come from the acceptance of one’s mistakes and missteps, and while childhood trauma never truly vanishes, it is equally not an excuse to do unpardonable wrongs as an adult.

There’s a lot to unpack, some of it good, some of it bad and most of it residing in a nebulous sea of grey I found fascinating and which others will undoubtedly deem as nothing less than a melodramatic slog impossible to comfortably tolerate. A nonlinear tale, the story follows Theo as both a 13-year-old child (a stunning Oakes Fegley, proving his wise-beyond-his-years performance in Wonderstruck wasn’t a fluke) and as a 27-year-old adult (Ansel Elgort). The younger version of the character was at the New York Metropolitan Museum of Art when a terrorist blast ripped through the building, murdering his mother and destroying several priceless works of art. The elder Theo has become a fast-talking antiques dealer with something of a drug problem and a willingness to pass off hybrid Frankenstein furniture pieces (meaning they’re reconstructions utilizing period materials yet still far from the real thing) as valuable collector’s items the wealthy elite clamor to get their hands on.

At the center of each version of this character’s life sits artist Carel Fabritius’s “The Goldfinch,” an astonishing work of precision thought to have been amongst the paintings destroyed in the terrorist attack. Instead, it has been in Theo’s possession for the past 14 years. The boy, covered in ash, still in a state of shock, didn’t know what he was doing when he placed the priceless treasure in a bag and carried out of the rubble of the museum. He kept it more as a reminder of his beloved mother than for any other reason, rarely taking it out of the yellow gym bag he placed it in save to cradle it in tears, never removing the newspaper he carefully wrapped the painting in when he initially got it back to his apartment. It is a symbol of what he lost and all that he has been through, a security blanket, if you will, and while Theo knows keeping the painting is wrong, just the thought of giving it back only acerbates the nightmares that keep him from a full night’s sleep.

Those are the basics to the story, but there’s a lot more going on than just that. In some ways Crowley and Straughan balance it all fairly well. In others they decidedly do not. The portions focusing on Theo at 13 are especially effective, most notably his post-bombing sheltering at the home of the wealthy Barbour family where he makes friends with classmate Andy (Ryan Foust) and earns the selfless affections of the boy’s mother (Nicole Kidman). I was also taken with the section focusing on the teen’s move to the Las Vegas desert with his ne’er-do-well absentee father Larry (Luke Wilson) and his beautiful, tough-as-nails girlfriend Xandra (Sarah Paulson). It is here he ends up making the acquaintance of Russian immigrant Boris (Finn Wolfhard), a friendship that will come to define Theo’s life and will be of vital importance when they are reunited as adults.

Other elements aren’t handled nearly as well. Theo’s infatuation and subtle connection to fellow bombing survivor Pippa (Ashleigh Cummings as an adult, Aimee Laurence as a child) is never developed with the same tenderness, exactitude and care as it is in the novel, and considering its overall importance this is something of a significant problem. There’s also the main character’s relationship with talented restoration expert Hobie, and while veteran actor Jeffrey Wright gives a superb performance, as one of the only characters in the story who is a person of color, Crowley and Straughan come perilously close to propagating any number of “magical negro” tropes when utilizing him, especially near the end, a statement that never even crossed my mind when I first read Tartt’s source material. Finally, the plot’s convoluted and intricate climax feels forced and rushed, things wrapping up far too neatly and in a manner that will likely rub more than a few viewers the wrong way.

Even with all that being the case, I still enjoyed this one a fair amount. Cinematographer Roger Deakins (Blade Runner 2049, Fargo) shoots the film with dreamlike authority, in the process crafting a visually ethereal aesthetic that held me spellbound. I was also moved by composer Trevor Gureckis’ hauntingly delicate score, his themes having a melodically mesmeric quality that stirred my emotions to their core. Most importantly, much like he showed with Brooklyn Crowley handles actors beautifully, and while I can’t quite say any of them give the best performances of their careers, that doesn’t mean I didn’t still find every member of the cast to be in topflight form, each delivering an emotionally astute turn that fits what the director is aiming for nicely.

It’s possible I liked the motion picture as much as I did thanks to my affinity for Tartt’s novel. I was able to fill in the blanks in a way newcomers to the story won’t be able to emulate, a lot of the more forcefully melodramatic bits not feeling near as schmaltzy or as insincere as they might have had I not read the book. This is a problem, great cinematic adaptations needing to work for the majority of the audience whether or not they are intimately familiar with the source material. This is not the case with Crowley’s take on The Goldfinch, so many of the more elaborate musings and observations found in Tartt’s exquisite prose sadly missing. But I still enjoyed this one nonetheless, and in spite of all my reservations here’s hoping audiences give this literate adult drama a look and decide for themselves whether or not Theo Decker’s strange, tragic journey was worthy of their undivided attention. 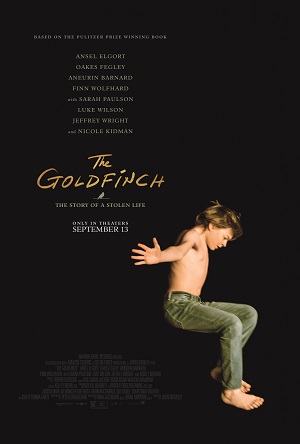