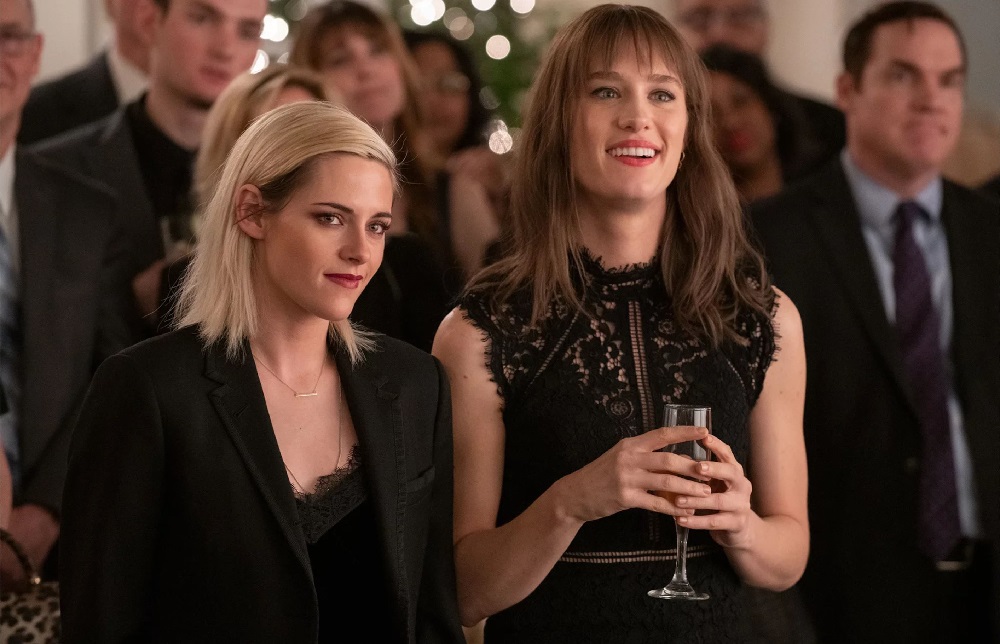 That Happiest Season is as breezily entertaining as turns out to be is a testament to the film’s talented cast and director Clea DuVall’s (The Intervention) confident handling of the material. Even with its LGBTQ bent, this Christmas-themed romantic comedy follows a standard playbook. DuVall and co-writer Mary Holland’s screenplay walks a patently familiar path, and if not for the presence of an all-star ensemble featuring Kristen Stewart, Mackenzie Davis, Alison Brie, Aubrey Plaza, Mary Steenburgen, Dan Levy and Victor Garber, this picture could easily be confused with a Lifetime Channel holiday programmer and not a major Hollywood studio production.

Nevertheless, DuVall’s sophomore motion picture is easy to enjoy. Stewart and Davis have captivatingly luscious chemistry, Plaza steals scenes with seductively understated glee and the remainder of the cast have enough winning moments to make the treacly superficiality of this tale almost feel innovative and unique. This heartwarming trifle is agreeably paced, and while the movie evaporates into the ether before the end credits have even concluded, a hearty smile still lingered on my face long after it was over.

Abby (Stewart) is planning on asking her girlfriend Harper (Davis) to marry her on Christmas Day. She’s excited about this, and it would be a holiday miracle if she can keep from inadvertently revealing her surprise before the big day. But Harper throws a wrench into Abby’s plans when she invites her to spend Christmas with her family, a happy-go-lucky clan under the mistaken belief that both women are straight.

Do I need to say anything more? Not really. It’s apparent from the jump where all this is headed. Abby gets nervous about keeping her beloved’s secret. Harper starts to wonder if she should just come clean with her close-knit clan and deal with the repercussions. That’s all there is to it.

The supporting cast is aces across the board. Steenburgen excels as the family matriarch Tipper, Holland swipes several scenes as middle sister Jane, Brie is coldly efficient as terse older sister Sloane and Plaza is a dynamic wildcard whose performance as Harper’s ex-girlfriend Riley is an exhilarating blast of adrenaline.

Thing is, all of them are almost typecast in their respective roles and aren’t doing anything outside their familiar wheelhouses. There’s little that’s challenging about the material and it never feels like the cast is being asked to take a risk and do something unexpected. It’s almost as if DuVall and Holland thought to themselves that adding a hint of queerness to what is otherwise essentially a tried and true holiday rom-com scenario was dangerous enough by itself, and as such they decided not to push for anything more when crafting their script.

I could be asking for too much, or at the very least holding DuVall to a higher standard specifically because she has added a lesbian love story to this common yuletide mixture. Maybe having Kristin Stewart and Mackenzie Davis fill roles that in the past would have gone to the likes of James Stewart and Margaret Sullavan or Tom Hanks and Meg Ryan all the envelope-pushing that’s required? I honestly do not know.

Granted, it helps that she has Stewart and Davis in those two central roles, because as strong as the rest of the talented ensemble might be this film would likely not be worth talking about at all if they weren’t in it. Their chemistry leaps off the screen, the pair so fully engaged with one another just the sight of them giving doe-eyed glances of affection to their counterpart was enough to set my heart aflutter. Stewart, in particular, is outstanding, and much like she did last year in Charlie’s Angels the actress reminds us all how terrifically loose, unpretentious and lively a comedic performer she can be when given the opportunity.

All of which goes to say that I think Happiest Season is worth unwrapping. What’s hidden in this box might not blow anyone’s socks off, but it’s not like it’s a lump of coal, either. DuVall has delivered a comfortingly romantic present almost guaranteed to bring its recipient joy, and all things considered in a year overflowing with humbug this small gift of holiday cheer is more than enough to satisfy. 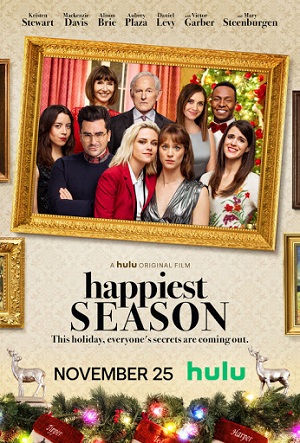