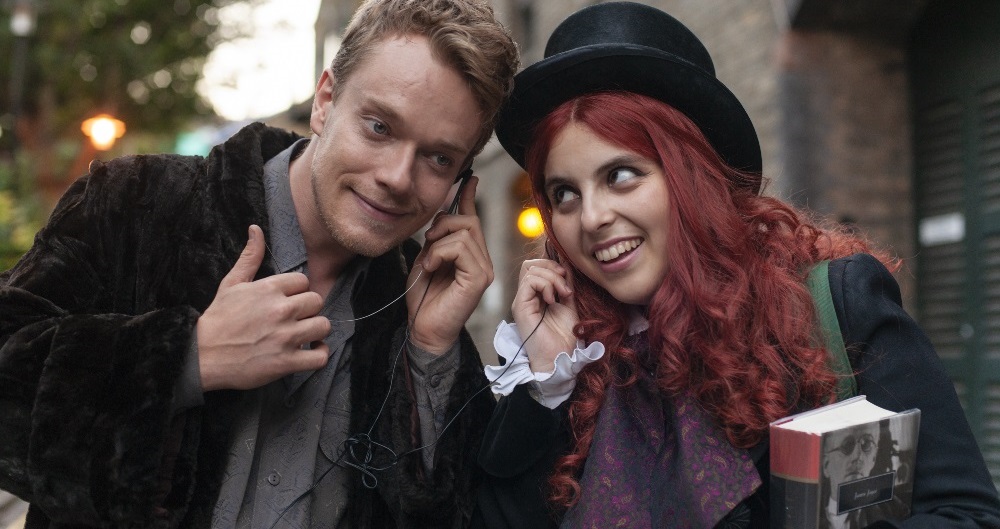 Spunky How to Build a Girl a Raucously Feminine Delight

Wolverhampton teenager Johanna Morrigan (Beanie Feldstein) is determined to be a famous writer. She has a “hero wall” filled with pictures of immortal icons both historical and fictional raging from the likes of Sigmund Freud to Sylvia Plath to the Bronte sisters to Jo March to Maria von Trapp to Elizabeth Taylor that she speaks to nightly. Egged on by the eldest of her four brothers Krissi (Laurie Kynaston), Johanna applies to be a rock music critic for a local indie newspaper, getting a tryout for the position through sheer force of will more than anything else.

Reinventing herself as the ferocious redheaded firebrand “Dolly Wilde,” the precocious young woman discovers she’s got a knack for writing memorable eviscerations of rock acts big, small and in-between, becoming something of a minor celebrity when her column becomes a hit. But fame’s intoxicating allure comes with serious hardships and emotionally devastating repercussions. The teen discovers she’s losing that individualistic empathetic spark of creativity that made her want to become a writer in the first place. Now, looking at her “hero wall,” it’s no longer inspiration that she feels, but shame, Johanna personally distraught that’s she’s not living up to the noble ideals she’s convinced herself each famous picture once stood for.

Adapting her own best-selling, semi-autobiographical novel, screenwriter Caitlin Moran’s delightfully introspective story for How to Build a Girl is awfully hard to resist. As unsurprising as many of the individual narrative beats might be, this is still and lovely, fiercely feminine 1990’s-set coming-of-age tale centered around a spellbinding performance from Lady Bird and Booksmart scene-stealer Feldstein. The film is also confidently directed by Coky Giedroyc, the filmmaker showcasing a powerfully subtle hand as she chronicles Johanna’s journey of individualistic teenage self-exploration.

It is all the little touches sprinkled throughout the production that help make this motion picture so winning. The almost unspoken interpersonal dynamic between Johanna and her beleaguered parents (perfectly portrayed by Paddy Considine and Sarah Solemani). The creative, distinctly feminine specificity of the teenager’s sexual explorations. The easy eloquence of her friendship with rising rock star John Kite (Alfie Allen) and the ways her growing attachment to him inadvertently send her into an emotional tailspin. The subtle allure of transforming one’s self into a whole new persona to the point the real person begins to fade from existence and the façade starts to consume them entirely.

Is it all familiar? Would I have a liked a less foregone (and slightly less saccharine) conclusion? Have I seen much of this Almost Famous meets Fighting with My Family scenario before? Sure I have. But in Giedroyc and Moran’s strong hands this material still exudes grace and charm, and I found immense pleasure in watching Feldstein navigate her way through the film with such spunky ingenuity. There’s pure joy to Johanna’s various discoveries about herself, these bursts of inspiration and understanding all one’s I could instantly relate to on a personal level. How to Build a Girl made me happy, and right now that’s one positive I’m not about to close my ears to. 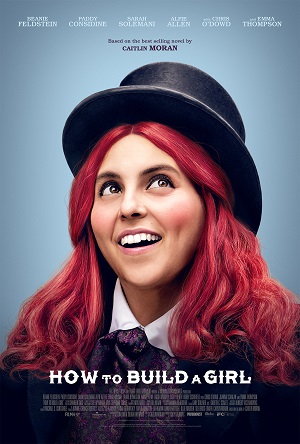