Jane Hammond (Natalie Portman) is waiting for her husband Bill (Noah Emmerich) to come home alongside the pair’s daughter. He rides into their secluded homestead riddled with bullets, all of them in his back. As his wife takes them out, nurses his wounds and orders him to not move from their bed, the onetime gunslinger and former bandit saying the one thing she’s feared he would for seven long years: John Bishop (Ewan McGregor) is coming. 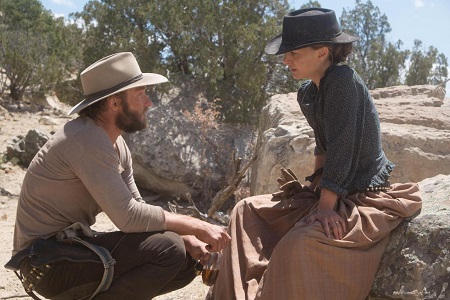 With Bill too wounded to help when a fight comes, Jane turns to the only man she can trust, Dan Frost (Joel Edgerton), a Civil War hero she shares a complicated past with. Together, they make plans to take on Bishop and his pack of hardened gunmen, and, in doing so, hidden secrets long concealed burst into the light of day, changing long-held beliefs transforming this hunger to survive into a cold-blooded thirst for vengeance.

Jane Got a Gun was a labor of love for producer/star Portman, but that didn’t make it any less difficult for her to bring it to the screen. It was a wildly publicized mess, one that saw original male lead Michael Fassbender get so angry at original director Lynne Ramsay he ended up quitting. She, in turn, never showed up for work the first day of shooting, not telling Portman or anyone else she’d decided to exercise a clause in her contract and exit the production. Eventually, Miracle and Warrior filmmaker Gavin O’Connor agreed to pick up the reins, no one counting that when things finally did come together and the film was close to completion, distributor Relativity Media would file for bankruptcy leaving things in a whole different type of lurch entirely.

In some ways, considering the sheer volume of distractions, it’s a wonder that the film is seeing the light of day. An even greater surprise? It’s actually pretty good. Impeccably acted by Portman and Edgerton, terrifically shot by Mandy Walker (Tracks) and showcasing a crackerjack score by Lisa Gerrard (Whale Rider) and Marcello De Francisci (Samsara), the technical craftsmanship on display is undeniable. O’Connor holds things together nicely, manufacturing tension with precision as he builds to a suitably bullet-riddled conclusion. He and the rest of his team have created a solid, old-school Western, nothing more, certainly nothing less, and considering the circumstances that’s nothing to scoff at.

Same time, a genre-busting effort this most assuredly is not, and if one is anticipating a feminist-leaning take on a Western – an assumption easy to forgive considering the film’s title – they will undoubtedly be disappointed as far as that is concerned. As driven and as focused as Jane might be, as able to take care of herself as she undeniably is, it still takes Dan to save her from certain death more often than not, an aspect of the script that at times is a tiny bit head-scratching.

Yet also, in an odd sort of way, believable. Not knowing what Brian Duffield’s (Insurgent) original story and screenplay looked like before all the behind-the-scenes carnage took place, I will say that there is a level of 1870s realism that is undeniable. While Jane is no lost lamb unable to take care of herself, it’s also just as undeniable it’s unlikely a woman of her background and skill set would be able to survive without some sort of assistance. In some ways, this aspect of the film reminds me of Tommy Lee Jones’ The Homesman with Hilary Swank, another narrative that features a strong-willed heroine struggling in an environment dominated by men. But that film had more psychological nuance to it, more emotional grit, and while that’s more an observation than it is a criticism it still remains a minor sticking point that keeps this one from being as successful as maybe it could have been. 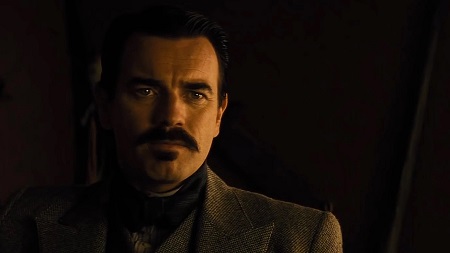 Can’t say I was enamored with the flashback structure, but even so I responded to some of the imagery layered within these scenes, especially a quiet moment aboard a hot-air balloon, while an important reveal involving Jane and Bill’s relationship and why Bishop is obsessed with the both of them does pack the requisitely required impact. Edgerton also has a sensational moment where he is flattened by the truth, my heart fracturing as it all started to sink in for him. The actual assault on the Hammond’s farmhouse is also immaculately staged, the early flurry of bullets particularly unsettling.

It’s understandable to assume that Ramsay’s version would have looked a heck of a lot different than O’Connor’s does, especially considering one of his Warrior scribes, Anthony Tambakis, with a little help from Edgerton, did a rewrite on Duffield’s script. But as we’ll never know, what is here is enjoyable if taken on its own terms, much of Jane Got a Gun playing out with a 1940s or ‘50s Hollywood élan I found more than satisfying. The movie is a Western made for Western fans, and I have no problem with that whatsoever. 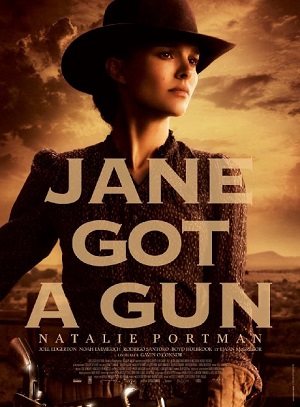