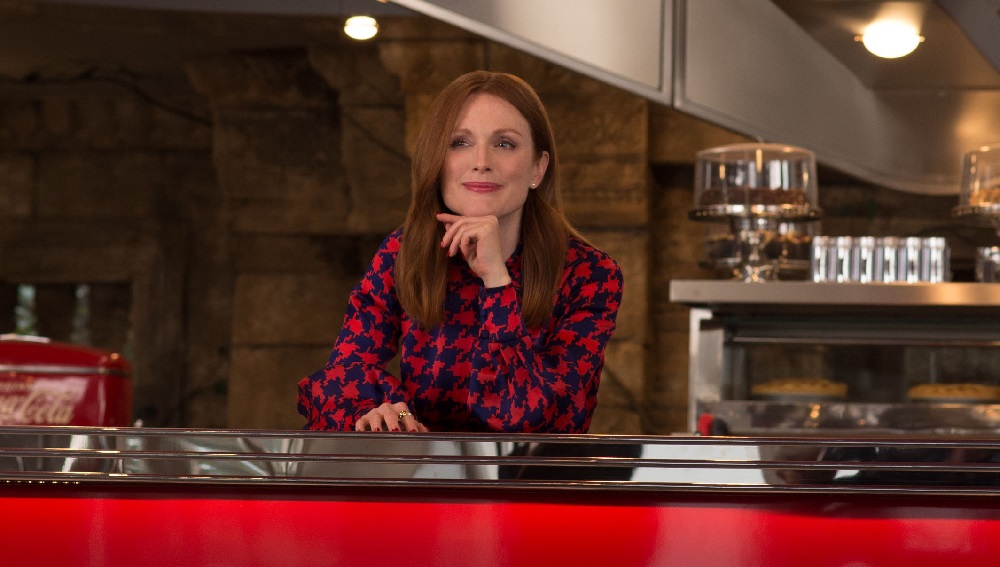 Matthew Vaughn’s Kingsman: The Golden Circle features a crackerjack climax set inside the 1950s all-American wonderland created by drug lord Poppy Adams (Julianne Moore) in the remote jungles of Cambodia. Kingsman agents Eggsy (Taron Egerton), Merlin (Mark Strong) and a resurrected Galahad (Colin Firth) descend upon the compound in order to save a substantial percentage of the world’s population from annihilation, and once they set foot in her realm, dubbed “Poppyland,” one of the best action sequences of 2017 spectacularly ensues.

And I honestly could have cared less. A sequel to 2015’s surprise smash hit Kingsman: The Secret Service, Vaughn’s follow-up is a tone-deaf, oftentimes frustrating, frequently insulting and moderately offensive exercise in gruesome misogynistic excess that’s made almost as if to convince pubescent 13-year-old boys it’s perfectly okay to treat women as ditzy dolls and little else. While aspects of the film are oddly commendable, most notably the fact that Eggsy didn’t treat Princess Tilde (Hanna Alström) as a throwaway sex object after the first film and is in a committed relationship with her a full two years later, that doesn’t excuse all of the places where things go objectionably off the rails.

Case in point, there’s one extended bit where agents attempt to plant a tracking device on a female suspect. But the only place to implant this item is to slip a finger up underneath the target’s skirt where the sun doesn’t shine, and not from the back (not that this would make things any better). It’s all played for laughs but in reality it’s plum revolting, and while Vaughn and frequent collaborator Jane Goldman’s (Miss Peregrine’s Home for Peculiar Children) try to soften things by making Eggsy ambivalent about the task at hand, if anything this only acerbates that grotesque nastiness of the situation a substantial degree.

But this is the whole movie. It’s ugly on a level that’s mind-boggling for a Hollywood studio production, the way it treats characters ranging from returnee Kingsman agent Roxy (Sophie Cookson), to American newcomer Ginger (Halle Berry), so casually sexist it’s like watching a movie from the 1950s, not just one with a theme park drug lair modeled after the era. While the first film toyed with these elements in a fashion that didn’t distract from how solid other elements proved to be, this one drowns in them to the point they made me continually squirm in my seat, part of me hating myself for sitting there for all 141 minutes of the darn thing seeing how it would all play out.

Still, Vaughn is a talented filmmaker, one who knows how to get good (to sometimes great) performances out of his actors while also staging crackerjack action sequences overflowing in imagination and adrenaline. While nothing in this sequel approaches the level of cutthroat bloodthirsty brilliance of the church massacre scene from original, that doesn’t make any of the central set pieces any less superb. There’s a great bit in the snow outside a hidden mountain cabin where Pedro Pascal, playing another American agent codename Whiskey, takes out an army of soldiers with a six-shooter and lasso, while an opening bit inside a Kingsman cab is so giddily insane it’s downright spectacular.

Then there is that closing act inside the exquisitely designed and realized Poppyland. From George Richmond’s (Unlocked) magnificent camerawork, to Eddie Hamilton’s (Mission: Impossible – Rogue Nation) sensational editing, to the wonderfully vibrant performances of Egerton and Firth, the whole sequence is magnificent. Vaughn skillfully choreographs and orchestrates the action with dexterous aplomb, everything culminating in a way that pays off an early gag from the film’s first act in a manner that is gleefully gruesome yet also gorily satisfying.

None of which allowed the distaste I felt watching Kingsman: The Golden Circle to dissipate in any noticeable fashion. From the moment the plot gets fully set in motion when Poppy declares war on the Kingsman, forcing Eggsy and Merlin to flee to Kentucky to meet their U.S. counterparts the Statesman where they make the acquaintance of Whiskey, Ginger, Tequila (Channing Tatum) and Champagne (Jeff Bridges), I was so angry about the interior mechanics of what Vaughn and Goldman were putting forth no amount of visual razzle-dazzle was going to suppress my anger. Even Moore’s agreeably eccentric performance, so full of joie de vivre and capricious psychotic menace, isn’t enough to save the day, and as terrific a villain as Poppy might be she deserves a movie a heck of a lot better than this one disappointingly proves to be. 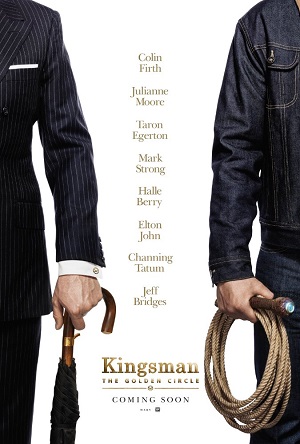