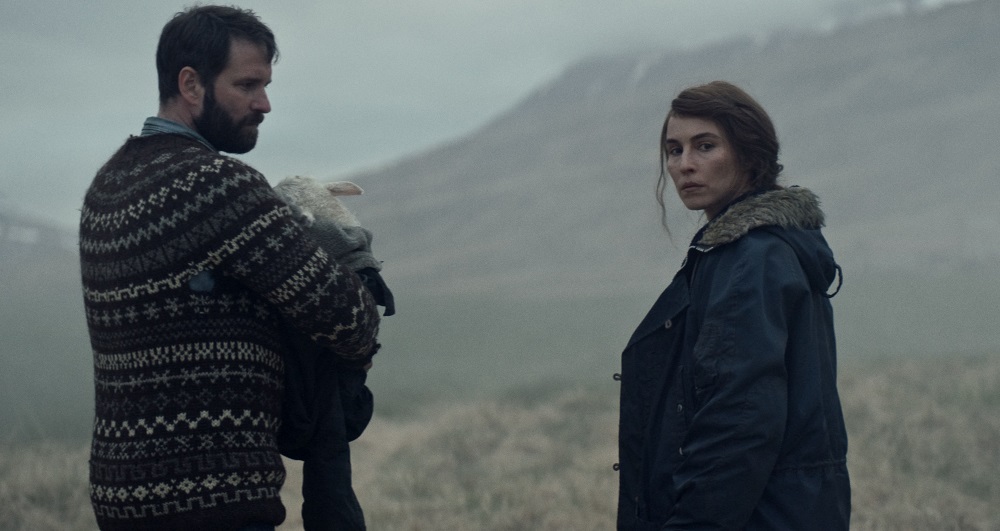 Childless Icelandic sheep farmers Ingvar (Hilmir Snær Guðnason) and Maria (Noomi Rapace) have made a startling discovery. An infant, apparently left for them by forces beyond their understanding, has materialized into their lives. Naming the child Ada, the pair raise her as their own, never considering what the consequences of doing so could eventually prove to be.

There’s quite a bit more as far as plot is concerned, but I’m hesitant to go into any of it in further detail. Suffice it to say, talented newcomer Valdimar Jóhannsson’s feature-length debut Lamb is one of the more captivatingly daft, yet oddly heartbreaking, motion pictures I’ve seen this year. The inventive scenario he’s cooked up with best-selling author Sjón is undeniably memorable, the film a bleakly resourceful sojourn into the surreal offering up so much food for thought it’s doubtful a single viewing will satiate my appetite to savor all its byzantine intellectual flavors.

Not to say Jóhannsson has cooked up a four-course masterpiece. Far from it. But it’s also so terrifically ambitious I can’t say I’m bothered by the portions that feel a little malnourished. I appreciated the director’s bravado, and for every moment I rolled my eyes, there were three or four more where I was held hypnotically spellbound, eager to see how things were going to work themselves out.

The central conceit hiding at the center of Jóhannsson and Sjón’s premise is laughable. Yet the film continually plays things straight. It does not blink. It does not chuckle. There is no winking at the audience as to how absurd all of this is. There is only the fact that Ingvar and Maria have committed themselves to Ada’s upbringing come what may, the ramifications of this decision built on a foundation of menace both seemingly refuse to admit exists.

It helps that the actors all buy into the concept completely. Björn Hlynur Haraldsson (who shows up roughly halfway through as Ingvar’s reprobate brother Pétur). Guðnason and Rapace give themselves over to the material body and soul, each bringing a quietly unsettling dramatic certainty to their respective performances that is stunning. Rapace is particularly outstanding, Maria’s journey throughout this crazed sensationalistic madness sinisterly beguiling in its protectively maternal intensity.

The twist is both entirely expected and yet also courageously unsentimental in its forthright obviousness. There is a not-so-subtle underlying message about Nature in revolt and humanity’s inability, or even outright refusal, to do anything other than what is self-destructively mercenary right from the start. When literal and metaphorical monsters finally meet, as they must, the line between villain and hero all but vanishes.

Does it work? Not entirely, but Jóhannsson doesn’t let that stop him from grabbing the jugular and refusing to let go until the viewer is almost entirely out of breath. Lamb is a visually audacious bit of Bergman-esque spiritual whimsy showcasing a beastly humanism that’s animalistic in its poignant, borderline aggressive, determination. Give it a look. 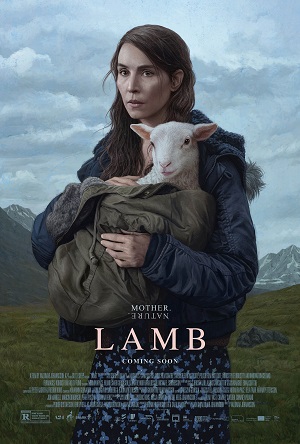