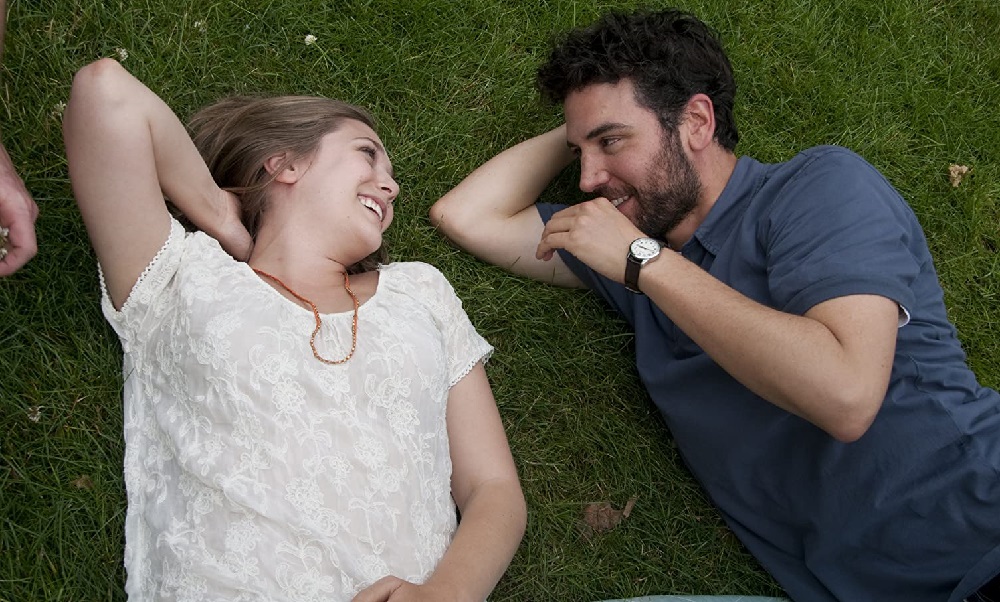 High School university admissions counselor Jesse Fisher (Josh Radnor) isn’t a happy guy. A failed writer, the sad thirtyish New Yorker is dealing with an assortment of emotional ills, including that his longtime girlfriend has suddenly dumped him. Trying to get teens excited about college is the last thing on his mind at the moment.

But when he receives a note from his former English professor Peter Hoburg (Richard Jenkins) that he’s retiring and wants him to attend his farewell dinner, Jesse is understandably touched and makes immediate plans a trip to Ohio. Once back on campus, Peter introduces Jesse to 19-year-old coed Zibby (Elizabeth Olsen). The pair strike up a quick friendship, and when he heads back to New York they engage in an old-fashioned pen-pal relationship where they discuss matters big, small and in-between.

It must be admitted not a lot happens from that point forward, Radnor’s second writer/director effort Liberal Arts not exactly traveling ground numerous other May-December comedy-dramas haven’t already stampeded across many times before. But unlike his rather noxious and annoyingly unappealing debut Happythankyoumoreplease, this movie has a quirky freshness that’s intoxicating. While these characters don’t do anything unexpected, their final destination as unsurprising as it is obvious, that doesn’t make Peter and Zibby’s journey any less enjoyable.

Unlike his debut, the budding filmmaker and “How I Met Your Mother” star has created a pair of engaging central characters worth caring about. Both are engagingly three-dimensional. I like how well-rounded Jesse and Zibby are. That they act like actual human beings and not some cliché cardboard cutouts to be shuffled around a melodramatic, Woody Allen-like cinematic chessboard is refreshing. They feel like people I would enjoy getting to know, ones that I’d become instant friends with, and as such spending time with the pair put a fairly large smile on my face.

Olsen, so good in both Martha Marcy May Marlene and Silent House, once again shows she’s a massively talented rising star. But Radnor has cast the supporting roles equally well, giving Jenkins the frequent spotlight while also gifting the great Allison Janney a couple of showstopping signature moments. Only Zac Efron disappoints, but that’s only because his role (of which the less said about the better) is so decidedly odd, so purposefully whacky seemingly just for the sole purpose of being whacky. His character doesn’t seem to fit in the picture. Radnor’s script nosedives into second-rate sitcom-like mediocrity whenever’ s he’s around, and while that isn’t the actor’s fault I still wish his role has been excised from the narrative in its entirety.

On the plus side there’s a pretty powerful subplot that caught my attention, but I’m not going to spend a lot of time on it mainly because I don’t want to potentially spoil what happens. Most of this section revolves around Jesse and his uncomfortable friendship with another university student played by John Magaro. Radnor’s writing walks a fine line between maudlin melodrama and heartfelt emotion. Best of all it took me by complete surprise. I was genuinely moved by what transpires, even to the point of being reduced to shocked tears, my appreciation for the overall film increased considerably thanks to this subplot.

Liberal Arts doesn’t break any new ground. It doesn’t go out of its way to head towards a destination I didn’t readily anticipate. But Radnor has crafted characters who live in the real world and not in some fantastical juvenile celluloid fabrication of it. He shows the type of creative acumen his freshman effort didn’t hint at, this sophomore endeavor hopefully foreshadowing future greatness I hope his junior production will manage to realize. 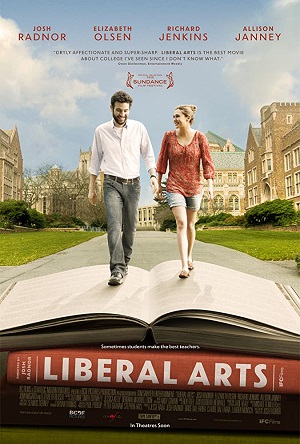