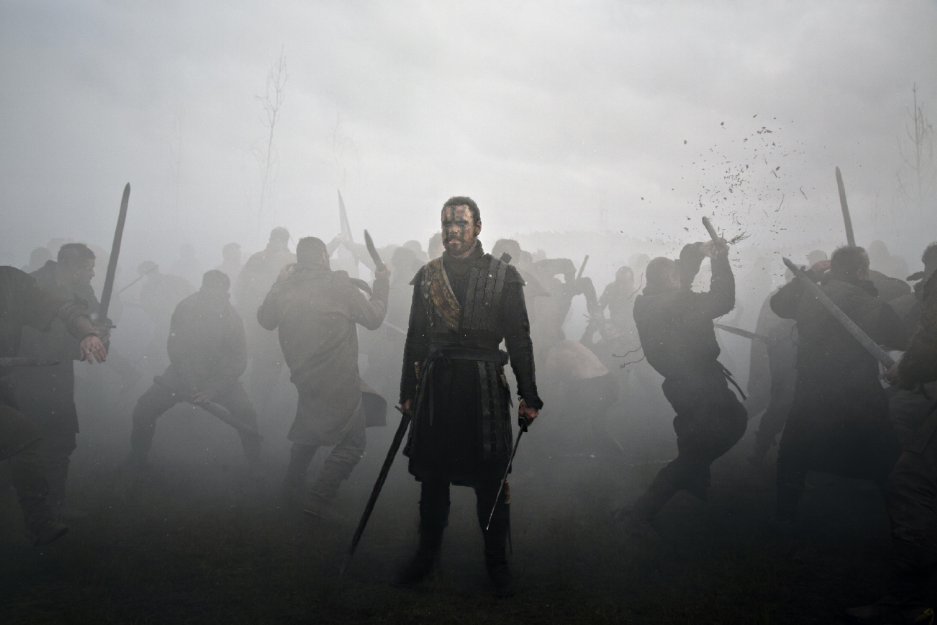 No Toil, No Trouble, Kurzel’s Macbeth a Shakespearean Stunner

“Life’s but a walking shadow, a poor player / That struts and frets his hour upon the stage, / And then is heard no more. It is a tale / Told by an idiot, full of sound and fury, / Signifying nothing.” 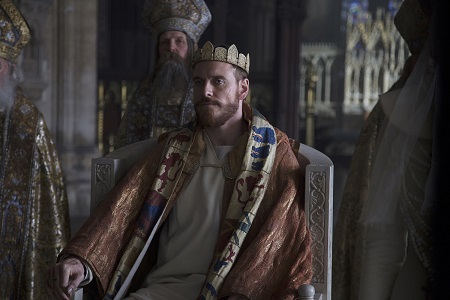 Aussie filmmaker Justin Kurzel (The Snowtown Murders) has absorbed that key quotation from William Shakespeare’s Macbeth and taken it to heart, composing an adaptation of the Bard’s epic of murder, mystery, magic, mayhem and revenge and twisted it into a blood-curdling saga that gets under the skin and refuses to let go. His movie is a visual stunner that sits upon the viewer’s nerve endings as if it were a razor looking to slice and dice each of them one at a time. The fever-pitch of psychological upheaval is established right from the start, Scottish General Macbeth (Michael Fassbender) at a funeral for his youngest child standing alongside his equally distraught, grief-stricken wife the Lady Macbeth (Marion Cotillard) in a wind-swept wasteland subtly hinting at the calamity to come.

The story should be familiar. After a major victory over a warlord attempting to overthrow Scotland’s King Duncan (David Thewlis), Macbeth is granted a vision of a royal future by a cadre of mysterious witches (Kayla Fallon, Lynn Kennedy, Seylan Baxter, Amber Rissmann). Revealing this prophecy to his ambitious wife, she in turn urges him forward, tasking him to take control of events by any means possible. With blood on his hands, Macbeth is crowned the new King, but insecurity and madness soon start to govern him, loyal soldier Macduff (Sean Harris) the first to realize things are amiss, much to his own personal regret and tragedy.

One could wax poetic about the themes and ideas present in Shakespeare’s text for hours and not come close to dissecting them as fully as one would like to, because as simple as the story might appear the depth fueling all that transpires still remains mind-blowing. Kurzel streamlines things considerably, axing gigantic portions of the text, keeping things as minimalistic and as centralized as he can. He attempts to ground events in a hardened reality that’s practical and concrete while at the same time manufacturing an ethereal otherworldly mood. It’s a crazy balancing act, one that purists will likely have trouble with, but also one, for my part, I found hypnotically fascinating.

The witches are the chief victims of the parsing down of the text, and those waiting for some “double, double toil and trouble” or pricking thumbs signifying something wicked is on the way will be severely disappointed by their absence. Thing is, as memorable as those moments are in the play, it actually makes sense that they’ve been excised, their tonal mysticism not playing as well with the psychologically unbalanced ecosystem Kurzel has composed for the characters to inhabit. Instead, he allows the feelings and the ideas driving those and other words integral to Shakespeare’s play to be conveyed by image, light and mood, bringing in dialogue only when it matters most.

There is another variation on the source material, one that doesn’t so much change the text as it looks at a central character in a somewhat different light, and it’s safe to say this might just be the film’s most controversial, if also inspired, aspect. Lady Macbeth has always been portrayed as the epitome of evil, a harbinger of doom who manipulates and cajoles her loving husband to do things that will lead to damnation. She usually does this with an abandon bordering on gleeful, nothing more than a seductive demon reveling in death and destruction in pursuit of a type of power that, while addictive, is incredibly short-lived.

Kurzel looks at Lady Macbeth from a different vantage point altogether, asking Cotillard to humanize this monster like I cannot say I have ever seen before. The two of them, while never shying away from her primary part in what will be Macbeth’s downfall, also show sympathy for this woman, allowing her a level of poignant sadness and regret that’s stunningly heartfelt. “Out, damned spot!” takes on an entire new meaning, as do hands covered in the blood of innocents, all of it conveyed skillfully by a determined Cotillard, the actress embodying these emotional complexities with remarkable ease. 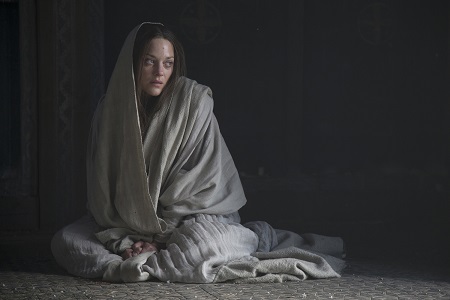 The streamlining can be frustrating. Macbeth’s right arm in battle and most trusted ally Banquo (Paddy Considine) isn’t as developed as well-developed as I’d hoped he would be, making what eventually comes to pass between the two of them less demoralizing than by all rights it should be. But he fairs better than Lady Macduff (Elizabeth Debicki), and while her arc – as does that of her children – remains the same as it does in the source material, the impact her journey had on me was shockingly negligible considering the fiery nature of what transpires. She suffers eloquently but little more than that, and it almost feels as if key scenes between her and McDuff were left someplace on the cutting room floor never to be seen again.

Still, Kurzel has composed a version of Shakespeare’s play that’s instantly essential. Playing like some visually dynamic homage to Stanley Kubrick, Terrence Malick and Julie Taymor, it’s all gritty and grimy in ways that stuck to me like a dagger of the mind, one that didn’t so much reveal a false creation as it did the cold, unassailable truth of the human condition almost all know yet few would like to admit having dallied with. With Jed Kurzel’s (The Babadook) stunning score and Adam Arkapaw’s (McFarland, USA) awesomely impressionistic cinematography leading the way, Macbeth casts a mighty spell. It screws the viewer’s courage to the sticking-place, forcing them to look into corners of themselves they would rather not peer, and much like the innocent flower there’s a serpent hiding here, one whose venom is a glorious cinematic elixir worth being poisoned by. 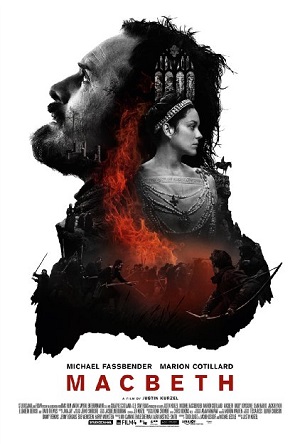