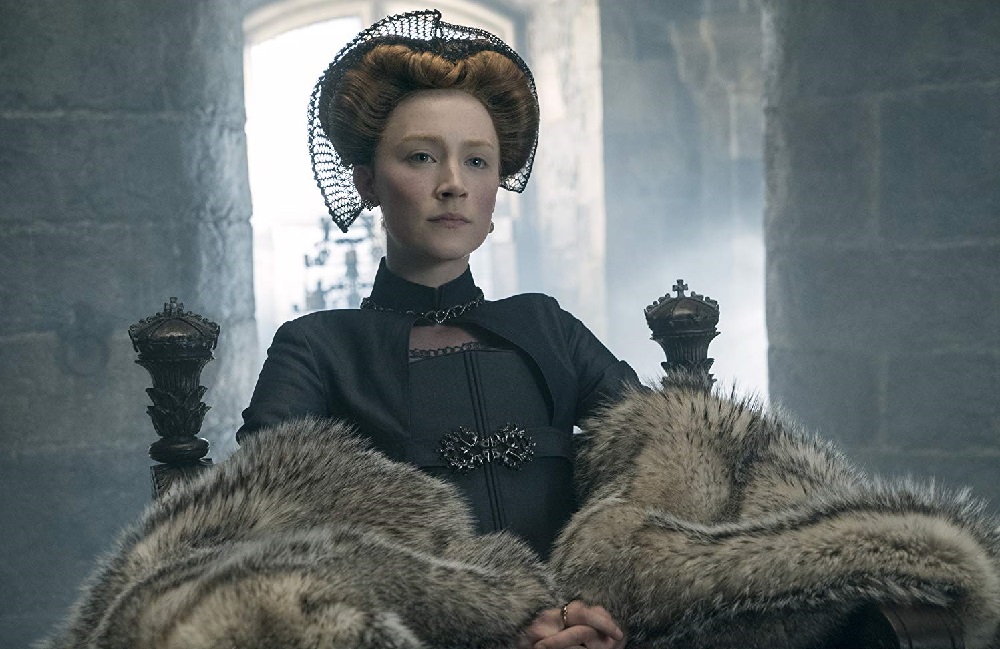 Mary Queen of Scots a Historical Showcase for Ronan and Robbie

After being sent away to France as an infant and marrying the French Dauphin at 15 only for him to die a short time later, Catholic Mary Stuart (Saoirse Ronan) returns to Scotland in 1561 and is immediately crowned Queen. She takes the throne from her Protestant half-brother James, the Earl of Moray (James McArdle), whom she appoints to her leadership council while in the same breath making an enemy of religious leader John Knox (David Tennant) who preaches women, especially Catholic women, in powerful positions goes against the will of God. Nevertheless, Mary is determined to unite Scotland, and she’ll utilize both coercion and force to secure her position. 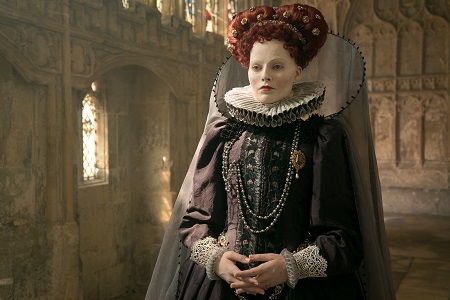 Elizabeth I (Margot Robbie) sits on the British throne. She is under immense pressure to marry and produce an heir. Mary is equally a problem for Elizabeth as the teenager’s claim to the English crown is arguably stronger than her own. The Scottish monarch must not be allowed to produce an heir. But Mary defies the will of the British, marries fellow Catholic Henry Darnley (Jack Lowden) and has a son, John I. This sets the stage for a series of political infights both women must deal with, and while their mutual respect for one another grows so does the belief that only one of them will likely hold onto her crown when all the backstabbing and bloodletting comes to an end.

Working from the biography Queen of Scots: The True Life of Mary Stuart by Dr. John Guy, director Josie Rourke’s Mary Queen of Scots is a ferociously feminist piece of historical drama that isn’t afraid of getting its hands dirty as it examines the lives of these two monarchs. The movie lives in the muck and mire of its time, unafraid of the inherent violence Mary and Elizabeth were constantly under the threat of succumbing to whether it be physical, mental or a lethal combination of both. Rourke keeps the focus on these women at all times, clearly and cleanly showing just would it took for them to maintain their ruling authority in the midst of a male-dominated society that doesn’t look fondly on being lorded over by a confident and intelligent member of the opposite sex.

All of which makes Beau Willimon’s (The Ides of March) perfunctory and observational screenplay all the more frustrating. The ticking clock procedural aspect that he utilizes fairly well with his Netflix series “House of Cards” isn’t nearly as strong here. There was a distancing effect that kept me from being able to connect with either woman as strongly as I wanted to. Other than a precious handful of scenes where the terror and the uncertainty of this 16th century royal free-for-all ring brutally true and hit home in ways that are vividly visceral in their intensified intimacy, a lot of what happens is oddly unaffecting. While intellectually stimulating, from an emotional standpoint I just wasn’t that invested in what was happening, and considering just how well made, beautifully shot and expertly acted all of this is that I felt so mezzo-mezzo about the film as a whole is honestly something I’m still having trouble fully comprehending.

Why? Because when I say the core elements of Rourke’s opus are strong I mean it. This is a picture that oozes realism. James Merifield’s (Austenland) production design is suitably withered, worn and frigidly austere. Costume designer Alexandra Byrne, who it should be noted is returning to this story for a third time after receiving Academy Award nominations for both Elizabeth and Elizabeth: The Golden Age (for which she won the Oscar), has clothed the actors with meticulous care almost as if every thread were woven in the 1560s and then magically transported through time so they could be utilized here. The art direction and set direction are equally outstanding, while cinematographer John Mathieson’s (Gladiator, Logan) stunning camerawork utilizes every facet of the production and every pristine windswept Scottish location to absolute perfection.

Then there are the performances from the two stars. Robbie makes the most of her limited screen time, dominating her moments with a vital potency that’s invigorating. Her one and only scene with Ronan is nothing short of masterful, the level of emotive dexterity she displays in this moment breathtaking. As for her costar she is almost equally sensational. Ronan’s determination and conviction is never in doubt, the three-time Oscar nominee digging inside of Mary in a manner that is primal in its intuitive resilience. I What I like most about her performance is how childlike it can become. Mary came to power at a young age and Ronan does not forget to acknowledge this, sometimes in ways that are shockingly raw in their bellicosity, her willingness not to shy away from so many complicated truths giving the performance an additional layer of resonance that’s outstanding. 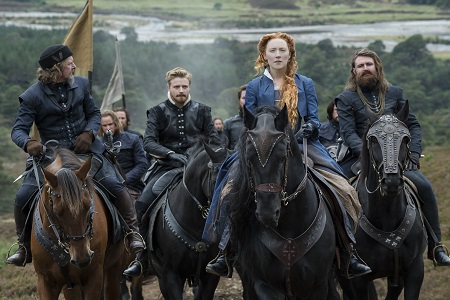 All of which makes me almost angry at myself for not being head over heels in love with the film. But as terrific as all of this might be, and it is all pretty great, make no mistake about that, the actual drama swirling at the center of things still never comes as clearly into focus as I kept wanting it to. Things become rushed and forced, almost as if there was some need to accelerate to a conclusion even though there was so much more to Mary’s story needing to be explored. It’s like Rourke and Willimon made the collective decision to just skip to the end without clarifying how and why things are suddenly working out the way in which they are, the various men undercutting the Scottish monarch’s authority doing so for reasons that aren’t nearly as concise or as clear as I felt they needed to be.

But I do love that Rourke has transformed these historical happenings into a tale that so assertively parallels many of the societal and political debates and discussions that are taking place right this very moment. She allows Mary and Elizabeth the freedom to be their own women, each knowing full well that men will never take them as seriously as they should especially if one decision goes wrong or if they have the gall to showcase even a second of weakness. While I have more than my fair share of reservations, on the basis of Ronan and Robbie alone I still think Rourke’s debut is worth a look, and even if it isn’t quite the royal entertainment I was hoping for as matinee fodder is concerned interested viewers could certainly do a heck of a lot worse. 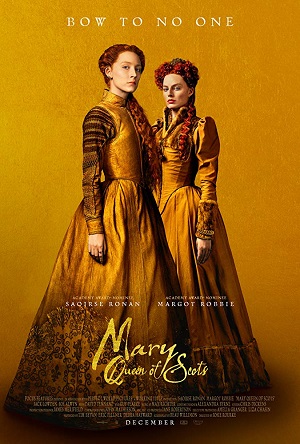