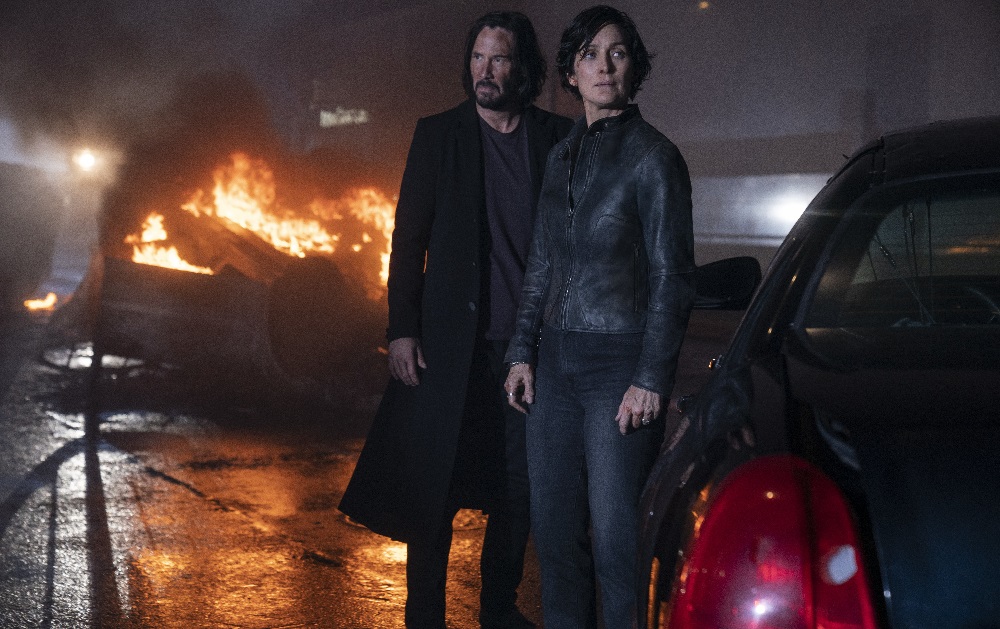 Lana Wachowski Resurrects The Matrix with the Power of Love

Early on in The Matrix Resurrections, revered video game designer Thomas Anderson (Keanu Reeves) is informed by his business partner (Jonathan Groff) that their corporate overlords are going to make a sequel to his groundbreaking action trilogy “The Matrix”. Anderson can either journey back down that rabbit hole and try to put an indelible stamp on the production, or he can turn his back on his signature work and decline. Either way, with or without him, 20 years after its original release this game is going to happen.

This is not the only moment of sly subversiveness director and co-writer Lana Wachowski inserts into the opening act of her legacy sequel, but it is the most obvious signifier that the talented filmmaker has no intention to play it safe. In that moment — and the gloriously silly montage set to Jefferson Airplane’s “White Rabbit” which immediately follows — it becomes clear this is Wachowski’s Wes Craven’s New Nightmare or Gremlins 2: The New Batch, a decidedly euphoric middle finger to studio mandates and nostalgia-laden franchise filmmaking that is perfectly content to infuriate as many viewers as it might captivate.

Those expecting an action-heavy retread of 1999’s trailblazing The Matrix or either of its 2003 sequels (The Matrix Reloaded, The Matrix Revolutions) will be in for a shock. This is a deeply self-referential, indulgently meta continuation that’s more interested in being a sly social commentary on the past decade or so — along with becoming a deeply passionate, overtly melodramatic love story — than it is in doing almost anything else.

The film is a cagily thrilling intellectual barnburner that also happens to have a handful of meticulously crafted action sequences sprinkled here and there, while the tone is similar to Lana and her sister Lily Wachowski’s short-lived, cult-favorite Netflix show Sense8. For a series built upon a foundation of waking up from a false reality, learning to embrace inner truths, and crafting chosen families free from societal paradigms, The Matrix Resurrections deconstructs its mythos even as it celebrates the ideas it has always held nearest to its heart.

There is no coddling happening here. Returning characters do not walk into the frame with much in the way of fanfare. Instead, Wachowski and her co-writers David Mitchell and Aleksandar Hemon (both of whom worked on Sense8) leave it for the audience to recontextualize each old character in a different way, while also introducing a small handful of new ones who will throw into disarray preconceived notions of this world, how it is set up, and the building blocks of its mythology.

I have not talked about the plot. I am not going to. Yes, Anderson and Neo are still one and the same. Trinity (Carrie-Anne Moss) has also been resurrected as Tiffany, the seemingly contented, happily married suburban mother of two, but the how and why of her existence — she was impaled and left for dead near the end of The Matrix Revolutions — are better left a mystery. Other characters from the trilogy coming back for more include Niobe (Jada Pinkett Smith) and The Merovingian (Lambert Wilson), but, again, how they are connected to this new story isn’t a thing I’m willing to spoil.

As for those newcomers, they include the perceptive hacker Bugs (Jessica Henwick), a rogue program (Yahya Abdul-Mateen II) designed in the image of one of Neo’s most trusted mentors and allies, and Anderson’s concerned therapist, known only as “The Analyst” (Neil Patrick Harris). There is also Groff, and I will say a little about him: his character has an unknown force lurking within that is revealed when the illusions separating fantasy and reality dematerialize, making Anderson’s business partner a viral force of mayhem that once unleashed may not be easily controlled.

Control. Maybe that’s the word of the hour. Who has it? Is control even possible? Are destinies set in stone? Or can a person’s fate be decided in ways that go beyond any individual decision? Maybe control is an illusion, so ephemeral and nondescript that the reality in which a person lives makes them oblivious to everything else happening outside of their personal stratosphere?

Ultimately, as unashamedly queer and brazenly political as the underlying subtext to Neo’s latest journey through the looking glass is, this remains an epic love story. Wachowski paints in broad, colorful strokes, showcasing the types of big emotional motifs that would fit right at home inside a 1950s Douglas Sirk melodrama like Written on the Wind or All That Heaven Allows. This series has always put Neo and Trinity’s romance at the forefront, and it is the focal point for everything that transpires in this installment as well.

The action sequences are missing the presence of martial arts impresario Yuen Woo-Ping, and there is a pointed choppiness to how the early sequences are edited that, while undoubtedly purposeful, is initially jarring. But the cinematography and effects work are stellar, and the climax is an absolute blast that remembers to put its primary characters first without skimping on the spectacle.

Reeves and Moss are wonderful, and I was completely enthralled with the way they put a fresh spin on Neo and Trinity, taking them in an unforeseen direction yet ensuring they are still familiar as the duo introduced back in the original trilogy. I was also quite taken with Henwick, even if I do wish that Bugs had a bit more to do. Harris fully invests himself in the material, and it’s a pleasure to watch The Analyst verbally spin a web of truthful deceit that showcases how easy it can be to fall under The Matrix’s mesmeric spell. As for Groff, he’s superb, and his gleefully malevolent exuberance is infectious.

Nostalgia is a weapon in The Matrix Resurrections. Wachowski knows audiences have been bludgeoned into a state of comatose ennui in which letting go of the past is next to impossible. Disagreements are not allowed to become debates. Discussions descend into shouting matches. Lies are not called out for what they are but rather are inexplicably given the weight of truth. Coups are born from fabrication without a shot being fired.

The director asks viewers to break through that façade, to see how corporations and governments have utilized all of this and more to subjugate the masses into a state of disaffected complacency. Wachowski attempts to open eyes and hearts. She does so by embracing the power of a love that is selfless in its devotion to the needs of others and all-encompassing in its compassionate ability to tear apart falsehoods, revealing ancient truths that never should have been forgotten.

In short, welcome back to the Matrix. Whoa. 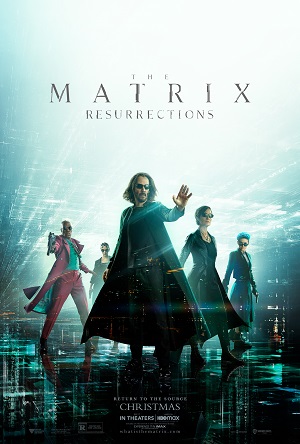