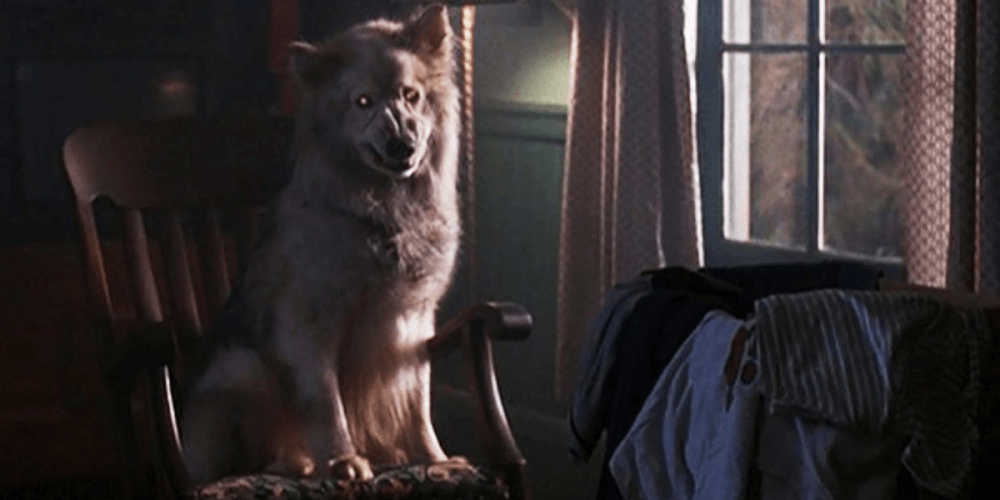 “You bury your own.”

After witnessing the horrifying on-set electrocution of his beloved movie star mother Renee Hallow (Darlanne Fluegel), grieving teen Jeff Matthews (Edward Furlong) moves cross-country with his veterinarian father Dr. Chase Matthews (Anthony Edwards) to the secluded small town of Ludlow, Maine. He makes friends with Drew Gilbert (Jason McGuire), the stepson of the rabbit-loving local sheriff Gus Gilbert (Clancy Brown). Jeff also crosses paths with his high school’s resident psychopathic bully, Clyde Parker (Jared Rushton), who for whatever reason has made it his mission to make the new kid’s life outside of the glitz and glamor of Hollywood a living hell.

I’m not a fan of Pet Sematary. Not Stephen King’s original novel. Not director Mary Lambert’s cult-favorite 1989 adaptation. Not last year’s new take on the material directed by Kevin Kölsch and Dennis Widmyer. I find the story needlessly cruel. It makes me decidedly uncomfortable for all the wrong reasons, the fears the story preys upon not ones I care to explore and honestly feel rather assaultive in both nature and in execution.

All of which makes it understandably surprising that I get such a kick out of Lambert’s whacky 1992 sequel Pet Sematary II (a movie King was so angered by he had his name removed from the project entirely). It’s outlandish, nonsensical and utterly bizarre. The film takes no prisoners and revels in cartoonish blood and guts that are nothing short of outrageous. It also sports a rambunctious, goofily larger than life performance from Brown that needs to be seen to be believed, the veteran character actor showing unrestrained glee as he transforms into a gore-drenched killing machine ready dismember anyone and anything who might stumble into his chosen path.

It’s not all fun and games. There are some notable, borderline uncomforting missteps, most egregiously one involving Drew’s mother Amanda (Lisa Waltz) encountering Gus in their bedroom not long after he’s returned from the titular location in a state of undead aroused confusion. Thankfully Lambert doesn’t spend a lot of time on this moment, and considering how quickly the director cuts to the next scene it’s hard to fathom why she felt the need to keep it in the finished film. Additionally, there is a noticeable lack of cohesion throughout that almost made me think the filmmakers were making it all up as they went along, the fiery finale particularly out of place.

But who am I kidding? This sequel is a hoot-and-a-half, including that bewildering climax. Brown is a constant joy, the makeup and gore effects are outstanding, former Big scene-stealer Rushton is a surprisingly effective bully and Fluegel is maniacally outstanding when her big moment of face-melting madness suddenly demands her to be.

While I don’t believe in the idea of a “guilty pleasure” (if one likes a movie, they like a movie; there’s no need to feel guilty about it), Lambert’s unhinged sequel sure makes me rethink that opinion. Be that as it may, I get a kick of this film something fierce, and as much as I loathe its predecessor Pet Sematary II is an exploitive horror hoot I can’t help but enjoy.

This is an excellent collection of extras, the Mary Lambert commentary track and the Clancy Brown interview featurette (which includes a Mr. Krabs cameo) the clear standouts. But all of it is pretty great, Scream! Factory going above and beyond as far as the special features are concerned.

Pet Sematary II is nuts, and it’s easy to see why Stephen King removed his name from the production as this bears precious little resemblance to either the author’s enduringly popular novel or to returning director Mary Lambert’s successful 1989 adaptation. But I like this film a fair amount, its gonzo go-for-broke schlock aesthetic one that can’t help but bring a smile to my face. Scream! Factory’s Blu-ray presentation is sensational, and fans are urged to pick up the title for their personal collections right away. 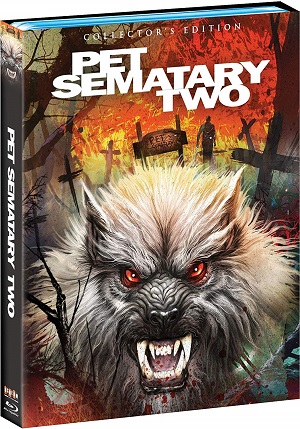