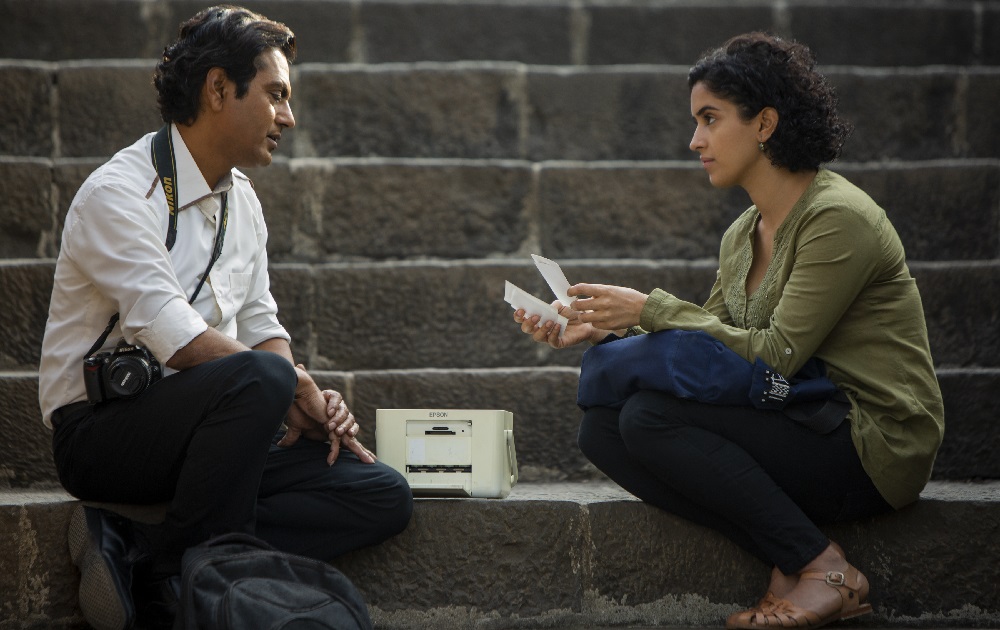 Mumbai street photographer Rafi (Nawazuddin Siddiqui) is tired of being asked when he will get married. But when his beloved grandmother Dadi (Farrukh Jaffar) stops taking her medicine until he agrees to find a bride, he decides fantasy is better than reality, telling her he’s been dating a beautiful young woman, even going so far as to send her a picture of the girl to prove what he says is true. But when Dadi decides to take the train down from her small village to visit Rafi and meet this girlfriend, the photographer is beside himself with worry. The picture he sent his grandmother was of a random woman he met while doing his job and not a person he knows anything about other than her first name, Miloni (Sanya Malhotra).

Miloni is trying to figure out what she wants from her life. Her parents have insisted she gives up any idea she might have of becoming an actress, forcing her to focus on her studies while they search for a suitable husband to marry her off to. But the empathetic young woman knows she wants more than what her parents have meticulously planned for her. The best way to achieve any of her dreams without alienating her family or making them feel like she is dishonoring them? That’s one question Miloni still hasn’t figured out how to answer.

The central premise of The Lunchbox director Ritesh Batra’s quietly empathetic romance Photograph sounds like something out of a 1990s rom-com. Rafi convinces Miloni to pretend to be his girlfriend and fiancée in order to appease Dadi during her brief visit, the pair slowly realizing their connection might be something far more factual than fictional when they’re forced to carry on the ruse longer than anticipated. But Batra isn’t interested in delivering empty laughs. He cares about his characters, yearns to know more about the individualistic situations that have led them to a place where they’re mutually willing to support one another in this façade. This is a movie that takes its time as it allows Rafi and Miloni the freedom to become fascinating three-dimensional human beings. The director understands not every question needs an answer and not all stories have to be tidily resolved, this poignant slice of life holding me spellbound for the entire length of its 110-minute running time.

I like that Batra doesn’t really ever entirely reveal why Miloni agrees to help Rafi. Instead, he focuses on what is happening to her at school and at home. We get to see the young woman forced to sit and be silent as her parents debate the merits of the son of her father’s business partner almost as if she isn’t even in the room. We watch her marvel at the picture Rafi first took of her, Miloni seeing herself as if for the first time after she is seen through his camera’s lens. We crouch alongside her as she listens intently to stories of village life as told by her family’s kindly maid (Geetanjali Kulkarni), the pair’s connection unquestionably strong.

As for Rafi, his motivation to enter into this ruse is far more obvious. He speaks openly about working as hard as he does in order to pay off his late father’s debts, and while we are never told how those were accrued it’s still clear the photographer feels compelled to settle them no matter what the cost. But it is his relationship with Dadi that makes the most lasting impression. They clearly adore one another, both wanting to do what’s best for the other even if they’re not always certain on what it is going to take to do so. Rafi is a good man trying to do the right thing, his grandmother being there for both he and his two sisters when they needed her the most the primary reason this is the case.

All of the performances are excellent, Indian superstar Siddiqui playing marvelously against type with his compassionate, introspective turn as Rafi. But it is Jaffar who steals the film, her playfully subtle turn a constant delight. She also gets to utter my favorite line of dialogue from 2019 (so far) with a knowingly crooked smile that instantly stole my heart. “Why should I be a bone in your kebab?” she asks with tender whimsy, and in that one moment I knew with absolute certainty Batra had once again directed a film (The Lunchbox being the first) I was going to be thinking about for the remainder of the calendar year and likely much longer than that. Photograph is a beautiful snapshot of romantic longing and human understanding that’s nothing less than glorious, watching it a rapturously intimate pleasure I didn’t want to end. 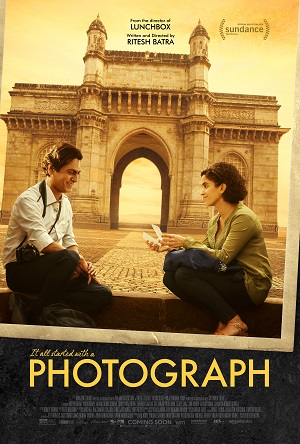