The Prey a Most Enjoyable Dangerous Game

On the verge of busting up an international crime syndicate in Cambodia, Chinese undercover cop Xin (Gu Shangwei) finds himself caught up in a massive raid by local authorities. Before his superiors can lift a finger to help and keep their operative out of harm’s way, Xin is whisked away to a remote prison run by a sadistic Warden (Vithaya Pansringarm) who is strangely infatuated with his new guest.

Turns out, the Warden runs a highly profitable side business where he allows visiting sportsmen to hunt a select number of his prison’s current residents. A group led by a calm, intensely focused businessman calling himself Mat (Byron Bisho) are ready to head out into the surrounding jungle and stalk their chosen prey, a selection of various unlucky reprobates and tough guys that happens to include an increasingly agitated Xin. He’s not overly enthusiastic about being hunted for sport, the highly-trained cop about to unleash bloody vengeance upon the Warden and all of the hunters foolish enough to try and make a trophy out of him.

Cambodian action-thriller The Prey is yet another variation on author Richard Connell’s classic story The Most Dangerous Game, director and co-writer Jimmy Henderson not exactly rewriting the rule book as he brings this tale of survival of the fittest to life. He does add a few nice idiosyncratic touches, including a local villager and his young son who inadvertently end up getting caught up in all the mayhem and chaos. Henderson also refuses to pull any of his punches, and other than one notable and obvious exception, it quickly becomes apparent that every member of the cast could meet a grisly end at any time.

The other major plus is undeniably the action. Henderson and his crack stunt team choreograph some exquisite chase-escape-fight-flight sequences, not the least of which is a suitably chaotic showdown in a secluded jungle village. The director, also working as his own editor, does a great job of maintaining cohesion and clarity, and I never found myself getting geographically lost watching Xin pull out all the stops as he fought to stay alive. It’s all splendidly shot by cinematographer Lucas Gath, the fluidity of the images putting the material into a constant state of frenetic motion that helps augment the overall intensity considerably.

But the main reason all of this overcomes its narrative overfamiliarity and ends up being something moderately memorable is the presence of veteran Thai actor Pansringarm. One of the few great things about Nicolas Winding Refn’s frustrating 2013 drama Only God Forgives, his casting as the despicable and cunning Warden is a stroke of genius. Even when he’s not on the screen, Pansringarm’s presence is continually felt. He adds a level of weighty menace to the proceedings that is unnerving, making the Warden a marvelous villain I couldn’t take my eyes off of.

It isn’t original in the slightest, and I don’t think most of Henderson’s attempts to add a few layers of moralistic complexity (mostly involving the father-son combo forced into assisting one of the hunters) work particularly well. A subplot involving Xin’s Chinese superiors also falls annoyingly flat, one female character in particular utilized more as a prop than she is anything else, actress Dy Sonita left high and dry as she attempts to make the most of an untenable situation.

I still enjoyed The Prey quite a bit. The action is crisp, hard-hitting and frequently stunning, Shangwei makes for a strong hero and, as already mentioned, Pansringarm is close to spectacular as the villainous Warden. Henderson directs with confidence, events building to a suitably thrilling climax that held me on the edge of my seat. As far as this most dangerous game is concerned, there’s plenty to like, and as martial arts-friendly hunting trips go this one’s worth heading into the jungle to participate in. 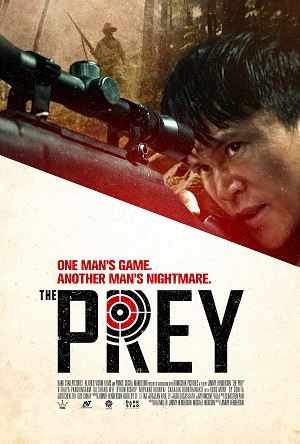