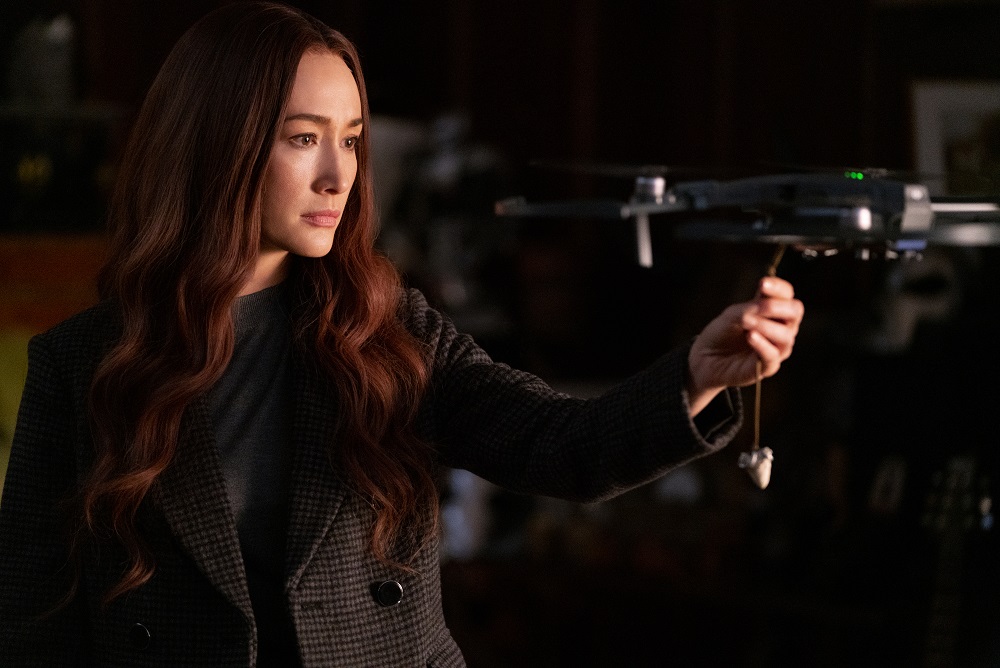 Contract killer Anna (Maggie Q) and her fatherly mentor Moody (Samuel L. Jackson) only kill bad people. At least, that’s what they tell themselves so they can sleep at night. But after his latest research effort leads straight back to the same blood-soaked corner of Vietnam he rescued her from 30 years prior, it becomes immediately clear some ghosts aren’t interested in remaining dead. Worse, they rise from the grave carrying shotguns and high-powered automatic rifles.

Forced to return to a homeland she never wanted to step foot in again, Anna demands answers. Moreover, she’s seeking vengeance, and she’s certain the charmingly cavalier Rembrandt (Michael Keaton) has insight into exactly why a powerful, nameless, faceless nobody is willing to utilize so many expensive resources to have her killed.

The Protégé plays out like a schlocky throwback to the 1980s heyday of Cannon Films, when formerly great directors like John Frankenheimer or Bryan Forbes could gleefully go slumming, making entertainingly disposable programmers like 52 Pick-Up or The Naked Face. That’s what seems to be happening here for filmmaker Martin Campbell, the man behind two James Bond favorites (Goldeneye, Casino Royale), a classic Zorro adventure (The Mask of Zorro), and a pair of all-time great BBC miniseries (Reilly: Ace of Spies, Edge of Darkness).

This is an aggressively nasty actioner that fearlessly mucks around in the mud while embracing practically all of its cartoonishly pulpy attributes. Richard Wenk (The Equalizer, 16 Blocks) delivers a suitably hard-boiled script that sticks to the basics and doesn’t spend a ton of time fleshing out its primary characters. Each backstory is barely explored and in only the minimalist of terms. Anna, Moody and Rembrandt are each defined more by their actions and their interactions with others than by anything distinctly concrete or vaguely substantive.

That’s fine. While there are numerous unanswered questions, most of them are so silly I found myself audibly laughing about them instead of feeling any sense of annoyance or frustration. Campbell directs with such confident artistry that it’s strangely easy to overlook a lot of the film’s numerous missteps. The action sequences have punch, and even with aging icons like Jackson and Keaton taking part in the hand-to-hand theatrics, the filmmaker, along with cinematographer David Tattersall (Speed Racer) and editor Angela M. Catanzaro (Five Feet Apart), still finds a way to keep the visual language clear, concise and free from a multitude of unnecessary cuts.

Keaton is particularly – and somewhat surprisingly – effective. Whether he looked at this motion picture as a way to get into training for his ballyhooed return to portraying Batman after three decades away from the character, or whether he thought it would be fun to inhabit the façade of an aging horndog assassin who’s typically the smartest guy in the room, the Birdman Oscar-nominee is outstanding. His scenes with Maggie Q have an amorously enthusiastic volatility that’s weirdly amusing, the duo playing dirty in a way that’s far more fun and much less uncomfortably juvenile than their interactions frankly have any right to be.

The villain pulling the strings is a disaster, though. Their identity inconsequential and delivered with banal fanfare. The plan allowing Anna to infiltrate his lair to start the climactic boulder rolling downhill is so opaque that it might as well be nonexistent. But, as already stated, none of this causes nearly as much trouble from an entertainment standpoint as should by all rights be the case.

Like Frankenheimer and Forbes before him, Campbell knows what he’s doing. The Protégé may not be the director’s finest hour, but that doesn’t make what he’s cooked up any less enjoyable. I had a blast: this jolt of goofily tasty rubbish is the type of engagingly lazy matinee fodder I’d happily devour whenever given the opportunity. 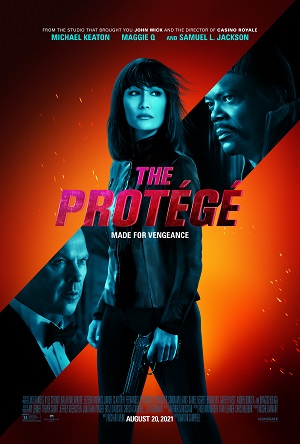