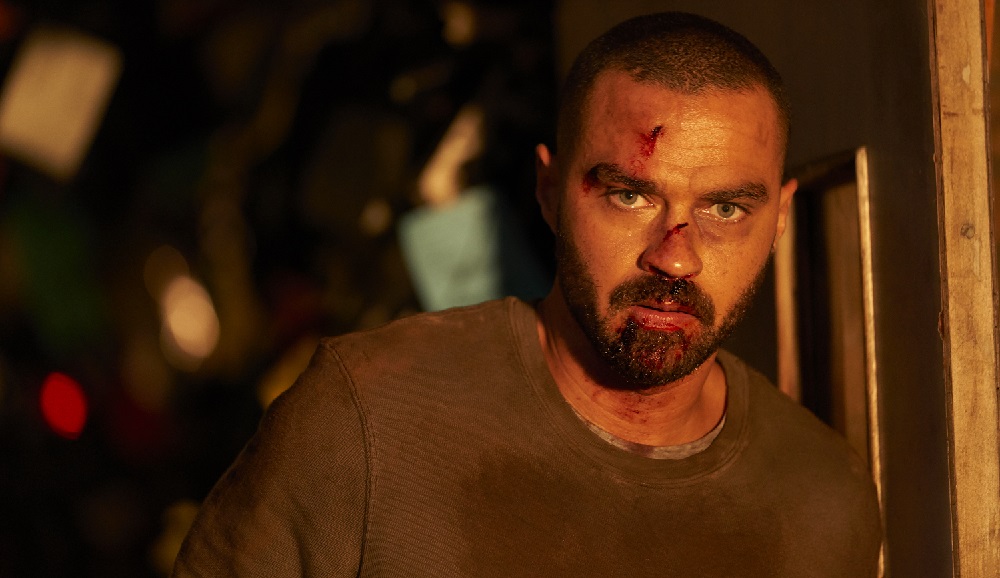 By the time it reached its suitably nihilistic climax, I felt so personally assaulted by writer/director/star Jay Baruchel’s aptly titled Random Acts of Violence that learning what was going to happen to protagonist Todd Walkley (Jesse Williams) and his wife Kathy (Jordana Brewster) during their standoff with a mysterious masked maniac meant nothing to me. Whatever point he and his co-writer Jess Chabot were trying to make never materialized, and if I’m being honest all I wanted from the movie was for it to end so I could stop watching it.

This should have been right up my alley. A down and dirty George Romero meets Wes Craven meets Tobe Hooper-style exploitation road trip horror yarn about a comic book writer trying to put the demons of his past to rest only to find them literally stalking him and his friends on deserted American highways, if one is a fan of this sort of thing than what Baruchel and Chabot are attempting is undeniably intriguing. But what they’ve come up with is so ugly, so nonsensically vile and so devoid of anything resembling a coherent theme the whole thing becomes sound, fury and constant bloodletting just for the sake of all that sound, fury and constant bloodletting.

It’s a simple plot. Cult comic book author Todd has hit the open road with his wife Kathy, business partner Ezra (Baruchel) and assistant Aurora (Niamh Wilson) to visit all of the places the real-life inspiration for his hit series “Slasherman” graphically mutilated countless victims before disappearing as if he never existed in the first place. But in-between convention stops to speak with his adoring fans, someone starts a new killing spree using the writer’s comic books for inspiration.

There’s a bit more to it than that. But Baruchel muddies the waters and can’t decide on what it is he’s trying to say. Does violent art initiate violent acts? Does the consumption of abhorrent material lead the viewer or the reader to become dehumanized themselves? Do creators need to take responsibility for what it is they deliver to an audience to consume? Is there a line where too far is too far? Or are there no limits? Is everything fair game no matter how disgusting or amoral the content might be?

Baruchel and Chabot offer no answers to any of these questions. Thing is, even if there aren’t any concrete ones anyway, I’d still have liked them to do something interesting and imaginative with the material instead of just reveling in all the brutality and gore. There’s no nuance. There is no style. There is nothing in the way of inventive originality to anything they are attempting to present.

The pair’s attempts to add subtext fall hopelessly flat. Kathy is going on the trip not so much to support her husband but to do research into the real murders, interview survivors and put a human face back on the victims for a book she’s writing. The filmmakers also try to delve into Todd’s tragic backstory, everything building to a (not particularly) shocking reveal the hit home with all the authority of a feather slowly floating harmlessly to the floor. None of this works. Worse, Kathy’s story arc becomes frustratingly meaningless, Baruchel and Chabot using her as an emotional prop for Todd instead of a multidimensional character with her own individual agency.

The makeup effects are impressive, and Baruchel has learned some valuable lessons from those aforementioned horror masters, staging a couple of suspense sequences that are close to bone-chilling in their visceral effectiveness. The film is also nicely edited by relative newcomer Andrew Gordon Macpherson, the feature as a whole having a kinetic consistency I found difficult to resist.

But I didn’t like spending time with these characters. I had no interest in learning who was going to live and who was going to die. I was offended, not so much by the material, but by the bungled and muddled way in which Baruchel and Chabot were approaching it. Random Acts of Violence was so eager to shock, so consumed with trying to make me gasp out loud, that it completely forgot to give me a reason to care. Once it was over, all I could really do was throw up my arms in exasperation and wonder why I bothered to give it a look in the first place. 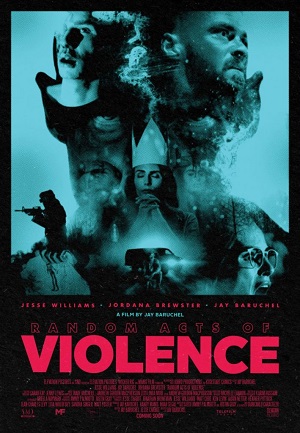