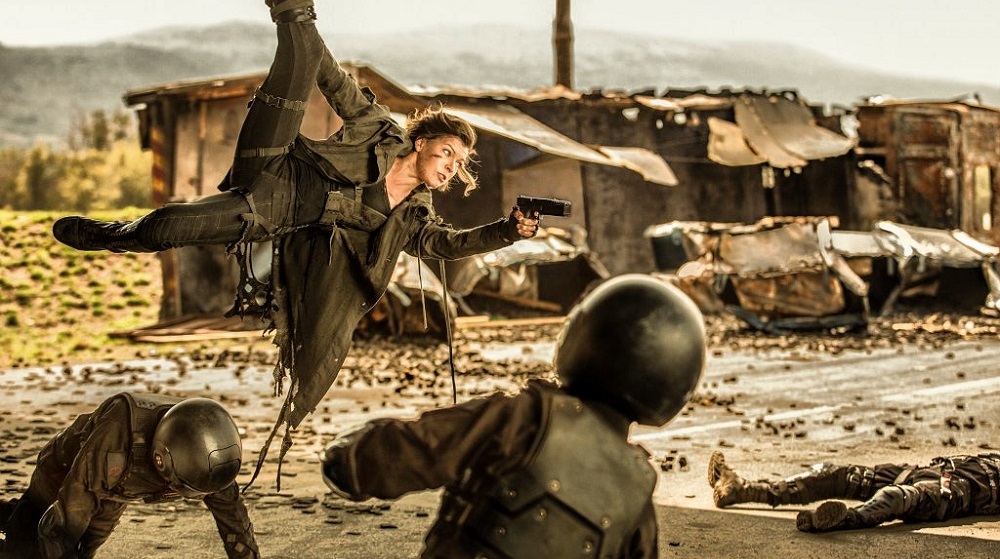 After the battle in Washington, DC has ended, Alice (Milla Jovovich) once again finds herself alone, seemingly fighting the undead mutant hordes by herself one more time. So imagine her surprise when she gets a shocking message from the Umbrella Corporation’s lethal artificial intelligence The Red Queen (Ever Anderson) clueing her in about a secret airborne antidote to the T-virus hidden back in Raccoon City in the heart of The Hive. Not trusting this dangerous adversary but figuring she has no other choice, Alice sets out on a journey back where it all began, the truths she’ll discover within The Hive’s haunted recesses changing everything she thought she knew about the apocalyptic events that rocked the Earth as well as how she herself fit into Umbrella’s overarching plans. 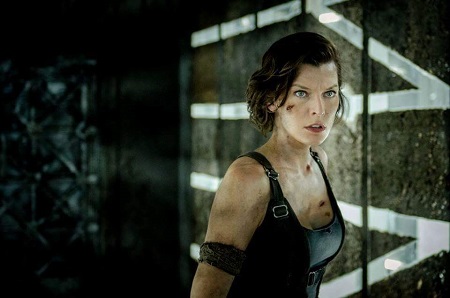 Picking up immediate where the events of 2012’s Resident Evil: Retribution came to an end, Resident Evil: The Final Chapter proclaims right there in the title that it will be the last story in this long-running franchise. As such, it’s apparent that writer/director/producer Paul W.S. Anderson, who has personally helmed four of the six films in the series, put a lot more time in energy into this installment than he has since the first film 15 years prior. While the story is rather straightforward and juvenile, he’s actually given Alice a bit more complexity this time around, allowing Jovovich more to do than just kick some zombie butt and shoot random monsters in the head.

He’s also somehow managed to convince Ian Glen to return as the villainous Dr. Isaacs, the character’s last appearance back in 2007’s third film Resident Evil: Extinction. The veteran character actor brings a level of menacing gravitas to the proceedings that’s been missing the last two films, the black leather-clad Wesker (Shawn Roberts) a one-note, emotionally flat non-entity who has never been threatening and seldom came across as a convincing threat. He’s back, too, of course, but Anderson wisely keeps him on the sidelines for the majority of the story, his comeuppance for being such an evil bastard as forgettable as any of his actual actions have been in any of the other chapters.

As for the rest of the cast, the only other familiar face is Ali Larter, back as the heroic Claire Redfield, her character teaming up with Alice one more time and this time having her own army of survivors to lend assistance as the attempt to infiltrate The Hive. This group of fighters includes the likes Eoin Macken, Ruby Rose, Fraser James and William Levy, all of whom are only around to be the requisite cannon fodder for the hordes of undead creatures and the various traps laid out by The Red Queen for them to hopefully stumble into and be torn apart by. The only other performer of note is South Korean superstar Lee Joon Gi portraying one of Dr. Isaacs’ various goons, his reason for being in the film to engage with Jovovich in a brutal martial arts battle royale where the two of them will punch, kick, hack and slash one another into potential oblivion.

Anderson has always been one of the more up and down B-grade filmmakers in recent memory. He made his name on another video game adaptation, 1995’s Mortal Kombat, before managing to move on to more concrete success with cult favorite Event Horizon in 1997. He stumbled somewhat the very next year with the sci-fi, High Noon-esque Soldier with Kurt Russell, only to rebound with the initial entry in this particular series back in 2002. Between Resident Evil sequel duty he’s also directed Alien vs. Predator, the 2008 remake of Death Race, the umpteenth take on Alexandre Dumas’ The Three Musketeers and the giddily misguided sword and sandal disaster epic Pompeii. A far more competent filmmaker than he’s usually given credit for being, he’s also fond of lavish, melodramatic flourishes that typically play to a viewer’s baser instincts, often dumbing things down to such a startling degree it’s almost impossible to believe there’s an audience member alive who is emotionally moved by anything he does.

Thing is, when he’s on his game, I truly believe he can stage action sequences and generate suspense with the best of them. Sure, he’s fond of jump scares and visual misdirection, and goodness knows this sequel is filled with both of those items, but that doesn’t mean the last act still doesn’t somehow sizzle with visceral intensity. It’s silly, overblown tomfoolery, working at a level that’s hardly worth taking seriously, but that doesn’t make it any less well staged, Glen and Jovovich playing off one another with a jubilant ferocity I kind of got a kick out of. 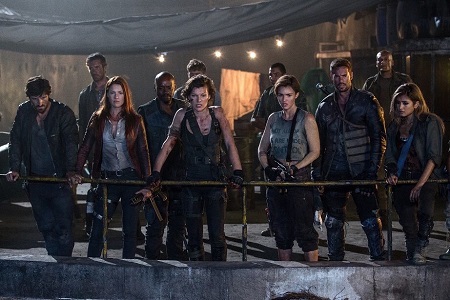 All of which makes his handling of the film’s middle section set pieces so much more disappointing. He and editor Doobie White (Momentum) overcut the fight sequence between Jovovich and Joon Gi to the point it becomes nothing short of a visual nightmare, while a big bout between the Raccoon City survivors and an endless horde of zombies is a mishmash of murky CGI effects and poorly staged fisticuffs. It should also be said that, for a series that has written itself into a never-ending puzzle box of circles and conundrums, Anderson has kept things childishly simple with this climactic chapter, throwing in a couple of revelations that honestly make little to no sense at all for those who have followed this adventure through all six motion pictures.

Still, Resident Evil: The Final Chapter is easily the most entertaining of the sequels, and while not as consistently engaging as Anderson’s first film, still the best video game to film adaptation to ever see the light of day, that doesn’t make the portions here that do work any less fun. With a killer opening and an even better climax, I find I don’t even care all that much that Anderson still leaves room for a sequel in case this installment proves to be a massive surprise hit. There’s life in the supposed last act, and for those who have stuck with the series since the beginning watching it go out on a relative high is probably enough to warrant the price of a matinee ticket. 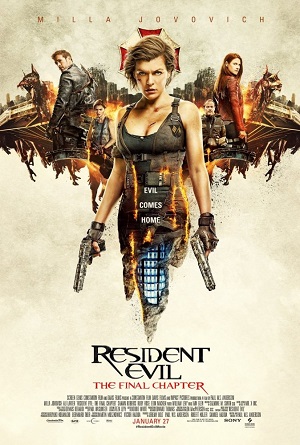