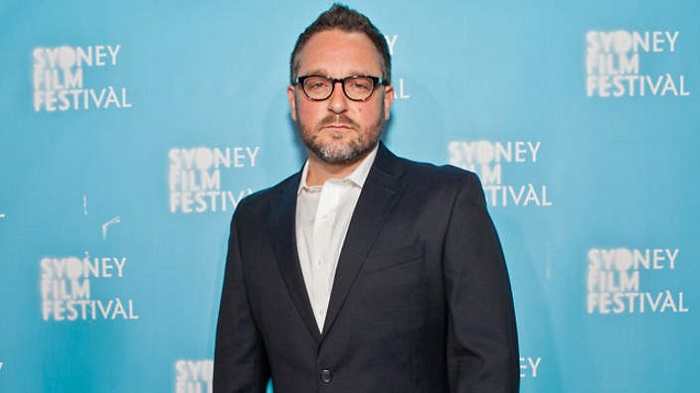 “WANTED: Someone to go back in time with me. This is not a joke. You get paid after we get back. Must bring our own weapons. Safety not guaranteed. I have only done this once before.”

This was the bizarre personal ad that appeared during the mid-1990s in an edition of Backwoods Home survivalist magazine, an ad that was rediscovered and posted online during the early 2000s and quickly became an internet sensation. It was in 2007 when writer Derek Connolly found it, its surreal simplicity sparking his imagination to begin work on a script that would eventually evolve into the quirky time travel love story Safety Not Guaranteed.

“It surprised me,” laughs director Colin Trevorrow when I asked him about his initial thoughts when friend and frequent collaborator Connolly approached him with an early draft of the script. “I didn’t know what it was at first. It was so different. But I saw immediately it was this iconic love story. It spoke to me.”

But that doesn’t mean the filmmaker was ready to dive in after one read. As narrative feature directorial debuts go, Connolly’s screenplay was a long way from the dorms of NYU or the intern desks of Saturday Night Live. The scenario was nothing if not original, the screenwriter concocting a story that could easily fall to pieces if not every facet was taken into consideration and broken out into minute detail.

“The initial draft was very different than the one we filmed,” admits Trevorrow. “Derek is a romantic deep down into his core, so we spent a lot of time on the script and he worked on it for quite some time. We fleshed out the characters, made them more complex and three-dimensional. At its core, though, the idea Derek came up with was just so fundamentally inspired. So much of it really struck me and got me excited.

“But I still wasn’t positive this was the script I wanted to tackle as my debut. It took a little while for me to embrace that I wanted to direct the film. The more Derek worked on it the more I fell in love with his script. I realized I had to stick my neck out and take a chance. I had to go for it.”

That journey to the director’s chair parallels the story within Safety Not Guaranteed. The story of a Seattle writer, Jeff (Jake Johnson), who stumbles upon the ad and decides to investigate further only to come into contact with its author, Kenneth (Mark Duplass), in the process. His two interns Darius (Aubrey Plaza) and Arnau (Karan Soni) come along for the ride, all of them making various connections and encountering ephemeral mysteries they never could have anticipated beforehand. The movie becomes a treatise on faith and trust, allowing for the mystical designs of love and affection to grab hold even when the world itself appears to be spiraling into chaos.

“I think describing the journey in the film and mine in regards to directing it as parallel would be correct,” admits Trevorrow candidly. “Much like Darius, I had to take a leap of faith. I had to have confidence in the material and in my abilities that went beyond the facts as they were presented. What Derek had constructed was just so big and rich and, most importantly, believable. You had to be a believer.”

One potential roadblock was the casting of Plaza as Darius. After seeing her in Funny People, Connolly had crafted the role specifically with the actress in mind. Neither he or Trevorrow wanted to consider the consequences if she passed, knowing full well that with Darius being the linchpin holding the narrative together not getting their first choice for the role could put the entire project in jeopardy. They needn’t have worried.

“We didn’t know Aubrey but we were confident she’d respond to the material positively,” says the director. “She’s become so visible thanks to Parks and Recreation and her other roles, we sort of found ourselves under the delusion she’d be open to taking on something as different as the script we were presenting her.”

“Thankfully we were right,” he continues with a laugh. “I think Aubrey saw Darius as a chance to deconstruct people’s perceptions of her as an actress, to do something exciting. Like all great actors she wants to break out of the box and do things that are different, that are challenging. She’s so much more than what I think people are giving her credit for being and there’s no limit to where she can go from here. Aubrey isn’t the next big anything, she is the new thing, and I think people are going to start noticing that.”

Trevorrow found the quick pace of the independently produced production to be just what the material required to thrive. He wanted to create a set where everyone involved could succeed while also supplying the sort of structure the intricacies of the material required.

“We were very confident right from the start,” he states casually. “We knew what we needed as we’d spent a lot of time diagraming everything all out. We had no time to spin our wheels and even less money to just do things without having them properly plotted out. I wanted to have an environment where no one felt boxed into a corner. I wanted to give everyone the room to breathe, to let it all feel as natural as possible. I wanted it all to feel real, that there wasn’t any puppeteering on my part.”

“We split the film into quadrants,” continues Trevorrow after a brief pause. “We made things grander and more cinematic as we went along. Like the journey the characters were going on, we made sure the visual environment was always changing. We did this with the editing, with the makeup and with the music. We brought it all along gradually, step-by-step, hopefully making what happens during the final stretch ring with that much more authenticity in part because of this.”

As for what he hopes happens next and what audiences will take away from the film, the director isn’t quite sure what to say. “I honestly don’t know what to expect,” says Trevorrow. “I wanted to create this grand, sweeping sense of cinema, and I think we’ve done that. The movie is just this showcase of great new actors and a wonderful script, but personally I’m still not certain what sort of special alchemy helped make this thing happen.

“Safety Not Guaranteed is personal. It is intimate. It is about the emotional needs the idea of time travel satisfies. I feel it is an honest movie that speaks to what people are going through in their everyday lives. It doesn’t feel manufactured. We’re all a little crazy sometimes, but much of that craziness is fueled by our desire to right emotional wrongs and to make connections that will last a lifetime. The movie speaks to that idea, and I think it lets us know it’s okay to find someone who is as crazy as you are and see where things go next.” 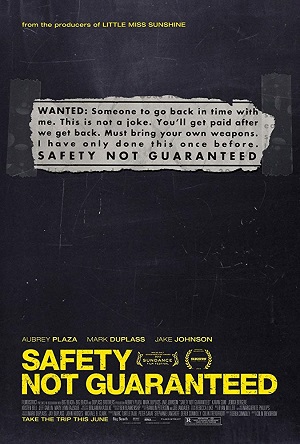