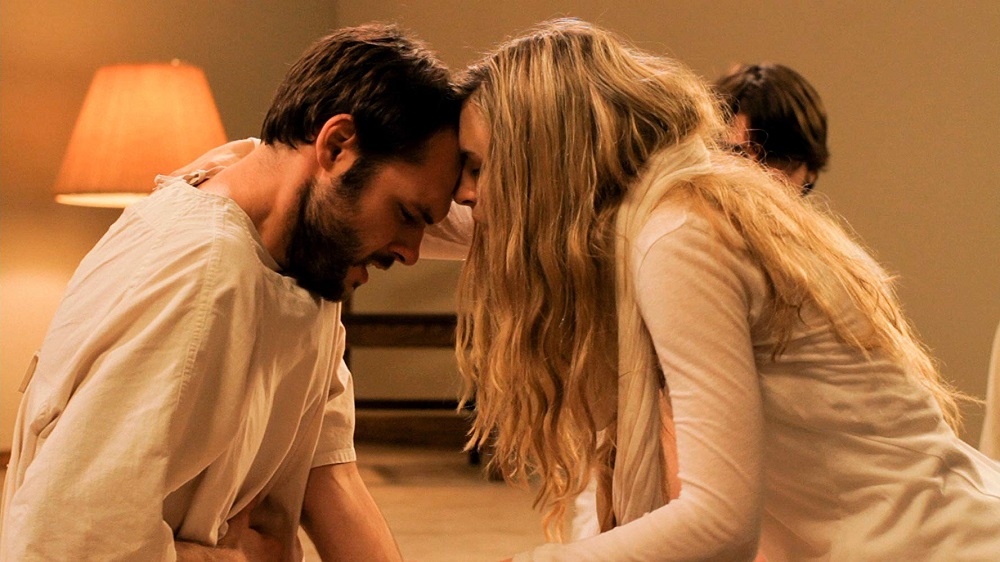 Substitute Elementary School teacher Peter Aitken (Christopher Denham) and his recently reformed Los Angeles high society party girl girlfriend Lorna Michaelson (Nicole Vicius) are making a documentary. They have decided to uncover the goings on of an underground cult let by the mysterious Maggie (Brit Marling), a beautiful if fragile young woman who claims to be from the future and stating that she holds the key to humanity’s survival. They believe she is leading her followers down a dangerous path, and they’ve come to the conclusion that it is up to them to show the world this woman is the fraud they believe her to be.

But is she? Is what Maggie is saying in this mysterious suburban basement so dangerous? How does she know so many things about Peter? About Lorna? How is she able to get under her followers’ skins so effortlessly? And, most of all, why is she so interested in Peter’s student Abigail Pritchett (Avery Pohl), and what makes meeting her face-to-face so important for the otherwise secretive Maggie?

While they are completely dissimilar and the only thing linking them one to the other is the presence of star/co-writer Marling, it goes without saying that if you didn’t care for the science fiction alternative existence drama Another Earth you are almost certainly not going to care for the eerie, multi-part Sound of My Voice. Both movies leave a ton up to the viewer to decipher for themselves, each film showcasing intriguing setups leading to an enigmatic finale where little is explained and much is left unexplored.

Unlike Another Earth, Sound of My Voice is, even with the is she-isn’t she from the future hook, far more realistic and believable in how it presents its scenario and the events leading up to the puzzling outcome. Where the movie goes feels natural, honest and true, and even though I enjoyed Marling’s last effort quite a bit that is one thing you can’t say about that sci-fi puzzle box’s somewhat stagnant and impractical climax. No matter how emotional I ended up finding it (and I found it devastating), Another Earth didn’t feel entirely authentic at the end, a frustrating element that kept me from fully embracing the drama with open arms.

I can’t say the same about this one. As much as is left unresolved in the final scenes, the way Marling and fellow writer and this film’s director Zal Batmanglij get there is believably hypnotic. I was consumed by Peter and Lorna’s stories, spellbound by the effect their continued meetings with Maggie and her followers were having upon them. The questions being asked, the unsettling ideas being discussed, the way in which thought and desire were manipulated is uncomfortably intoxicating, making the decisions they eventually make all the more authentic.

There will be those that say they’re too smart to be manipulated like the supposed rubes following Maggie’s words. They will additionally claim the whole thing is a hoax that doesn’t bother to explain itself. They will undoubtedly feel like Marling and Batmanglij fill the screen with unnecessary elements (like a curious subplot involving Abigail’s father, played like a human mirage by the great James Urbaniak) and state that they don’t trust their material enough to make the ephemeral bits more blatantly concrete.

I find those complaints baseless. Who are we to know how we would respond to the sort of charismatic figure as depicted by Marling or by John Hawkes in the thematically similar (if otherwise completely different) Martha Marcy May Marlene? Who can really say that their life has been completely untouched by coincidence or have felt the touch of an outside influence that’s almost supernatural or otherworldly in origin? What is faith if not the belief in something greater than one’s self? And if religious fervor can guide so many throughout their lives who’s to say their beliefs are any more obtuse or insubstantial as the ones Maggie’s rabble follow here?

Sound of My Voice is haunting me. I find myself mulling over various segments in a way that has dug under my skin in some sort of uncomfortably luscious fashion, burrowing its way into the very marrow of my bones. I want to keep talking about the film, discuss its intricacies, debate its merits and its flaws both in equal measure. I want to explore more who some of these secondary characters are and if they really are who they proclaim themselves to be. Most of all, I want to see this one again, Marling and Batmanglij crafting a surrealistic spectacle of the mind and of the soul that is as mystifying as it is provocative. 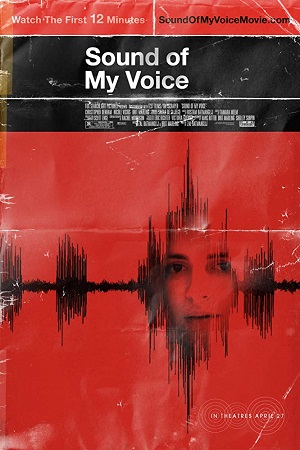