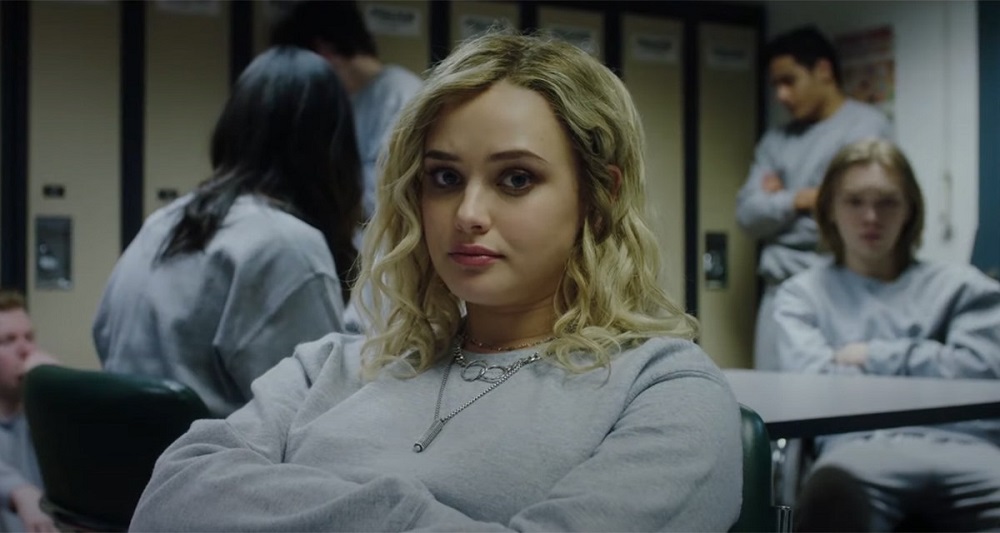 For Mara Carlyle (Katherine Langford), senior year of high school was supposed to be a happy breeze. Figuring out which colleges to apply to. Making a few sarcastically snide remarks about a few of her classmates. Making far-off plans to buy the perfect beach house with best friend Tess (Hayley Law). Spending quality time with her adorably dorky parents Angela (Piper Perabo) and Charlie (Rob Huebel). Mara hasn’t a care in the world, and she’s determined to live her senior year almost as if it were her last.

Which it might just be. On a seemingly normal day in the middle of a particularly boring lecture, one of her classmates just up and spontaneously combusts. Before authorities have even the faintest clue as to what happened, another does the same right smackdab in the middle of the Homecoming football game. All things considered, having quiet new kid Dylan (Charlie Plummer) reveal he’s got a crush on her is the least weird thing that’s happened to Mara since the school year started. And if she falls in love with him? That’s all right. It’s not like either of them is likely going to make it to graduation without becoming a gruesome pile of goo, anyhow.

I’m honestly a little astonished just how easy Langford makes all of this look. She’s channeling her inner Heathers meets Beetlejuice era Winona Ryder, no easy task if you ask me. Mara has to be bitchy, aloof, silly, juvenile, eccentric, caring, empathetic, selfish and scared, and she has to showcase many of these aspects of her personality all at the same time. Yet Langford strips herself naked and allows the viewer to experience every single conflicting emotion right along with her. Mara’s day-to-day travails can be shockingly heartrending, and on more than one occasion did I find myself wiping away a couple of tears even as I was also audibly giggling in amusement as to the sheer lunacy of all that was happening to her.

The film is at its best during its middle section. The entire surviving senior class is whisked away by government scientists and forced to live in a plastic bubble, almost as if they were inside their own personal Biosphere 2. Equal parts ridiculous and terrifying, all the teenagers do their levelheaded best to live with the prospect they could explode at any second, getting on with a variety of mundane everyday activities in the process. It is here that Mara and Dylan truly allow themselves to become comfortably ensnarled in one another’s arms, their growing affection for one another planting a smile on my face I didn’t want to ever disappear.

Duffield keeps the pace moving and never shies away from the more cutthroat and macabre aspects of the central premise. Things do lose a bit of steam after a purposefully manic set piece roughly two-thirds of the way through, and while it is entirely appropriate things become a bit more serious from that point forward, admittedly I was a little worried the additional melodrama might sap the film of its uncouth energetically flippant lunacy.

I shouldn’t have worried. Langford remains sensational, and both Perabo and Huebel get a couple of key moments to shine. There’s also a great scene centered on Law that sums up a lot of the story’s themes so succinctly and with such affecting authenticity I was struck by how moving her character’s monologue ended up being. It’s a wonderful sequence, and one that has a lot to do with how Mara will choose to move forward, and I loved that it was an actual question mark whether or not she’d find the intestinal fortitude to keep fighting or instead curl up in a self-pitying ball and call it a day.

It should be noted that watching this one right now, in the middle of this pandemic, with so many of us isolated, unable to interact with our loved ones, is undeniably strange. While Duffield never could have anticipated his directorial debut would be released under such circumstances, the fact that even its more satirically wild aspects seem tame in comparison to current events is mindbogglingly surreal. None of which makes the film any less entertaining, it just adds an unintended extra layer of metaphorical depth, all of which helps Spontaneous raucously combust like no other horror-comedy this year. 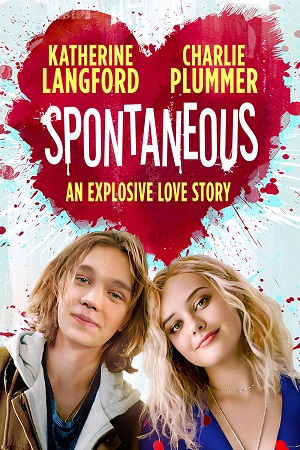