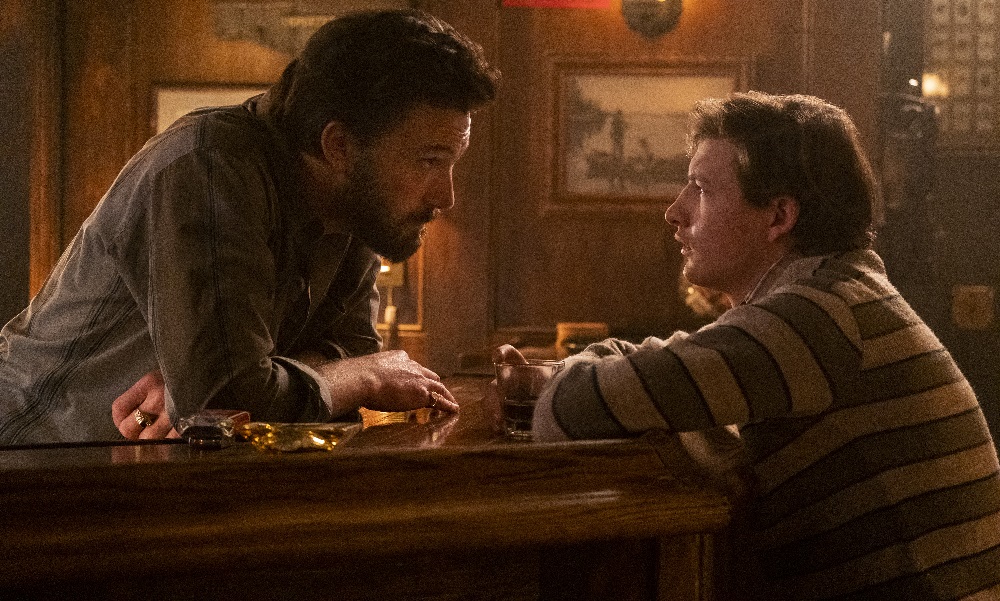 The Tender Bar Too Nice for its Own Good

The Tender Bar is a “nice” movie. Director George Clooney and screenwriter William Monahan’s adaptation of J.R. Moehringer’s best-selling memoir doesn’t have an enraged or cantankerous bone in its body. It exudes kindness. It wears its heart on its sleeve. Even the ups and downs experienced by protagonist J.R. Maguire – both as a wide-eyed nine-year-old and later as a questioning college student trying to find his place in the world – never feel weighty or dire. It’s nice, and I can’t find another word that describes this heartwarming coming-of-age dramedy better than that.

This also makes Clooney’s latest moderately boring and almost immediately forgettable. The director is a long way from the monumental glories of Good Night, and Good Luck., that’s for sure, and I can’t say Monahan’s script is on the same level as The Departed or even Kingdom of Heaven either. It’s like they’re both on autopilot, content to maintain a relaxed, pleasantly nonthreatening vibe while never pushing the envelope in any way.

Not that there’s anything wrong with this approach. Seeing a youngster come into their own as they grow into an adult urged on by the heartfelt tutelage of their loved ones is a timeless scenario that’s been part of the narrative cannon going back centuries. When well-executed, a story like this can gently tug at the heartstrings and manufacture a handful of well-deserved tears. I love that.

So it’s no surprise that I adored roughly the first hour of The Tender Bar. When focusing on the pint-sized version of J.R. (Daniel Ranieri), and more specifically his relationship with his bartender uncle Charlie (Ben Affleck), Clooney and Monahan’s streamlined adaptation hits on all cylinders. The pair’s chemistry is off the charts, and I thrilled every time the duo sat down for a conversation. Affleck is especially terrific, giving such a relaxed, unassumingly sincere performance that his magnetic charm dripped right off the screen.

Pity the second half didn’t generate that same energetic spark. Once a teenage J.R. (Tye Sheridan) heads off to Yale to pursue his dreams of becoming a writer, things become far less interesting. Over the next few years he has an on-again, off-again relationship with Sidney (Briana Middleton), which isn’t badly staged – they make a cute couple – so much as it is absent any tension. There is no drama as to the outcome of their dalliance, and I never cared if they were going to end up together.

This would be unfortunate on its own, but I was equally indifferent to J.R.’s various travails in his quest to become a professional journalist. Sheridan gives it a good go and all, and it’s not like things are ineptly presented or poorly put together. They just don’t have any weight. There’s no emotional heft. I had zero personal investment in how things were going to work out for J.R., and considering how much I cared for his nine-year-old incarnation, this turn of events wasn’t just disappointing, it was borderline unforgivable.

But gosh that initial half is pretty darn adorable. There’s a magical moment where J.R. goes to a father-son breakfast at his elementary school with his cantankerous grandfather, marvelously portrayed by an understatedly gruff Christopher Lloyd. There are also a small handful of others between the boy and his loving, if perpetually exhausted, mother (an excellent Lily Rabe) that overflow in quiet delights.

Yet it’s all of the scenes between J.R. and Charlie that brought a perpetual smile to my face. The latter is a self-educated neighborhood stalwart who lives by a handful of simple rules, all of which he attempts to pass on to his wide-eyed nephew. There’s a great bit where the bartender introduces J.R. to a giant closet that’s being utilized as a de facto library, while another, in which he explains in minute detail everything that needs to be in a man’s wallet at all times, is quirkily endearing.

So, yeah, The Tender Bar is nice. There’s nothing provocative about it. Even the bits that fell flat didn’t do so in a way that was so egregious that I could get angry about them. I just wish that Clooney and Monahan had brought more to the production than just a generally easygoing vibe that refuses to challenge and goes out of its way to not offend. Nice is fine and all, but in this case, I’m not sure nice is good enough to warrant a recommendation. 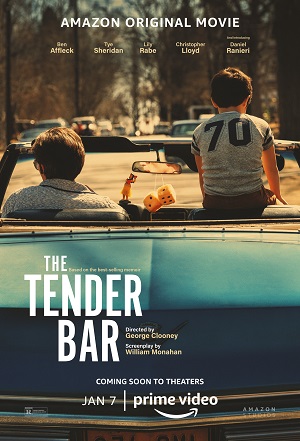