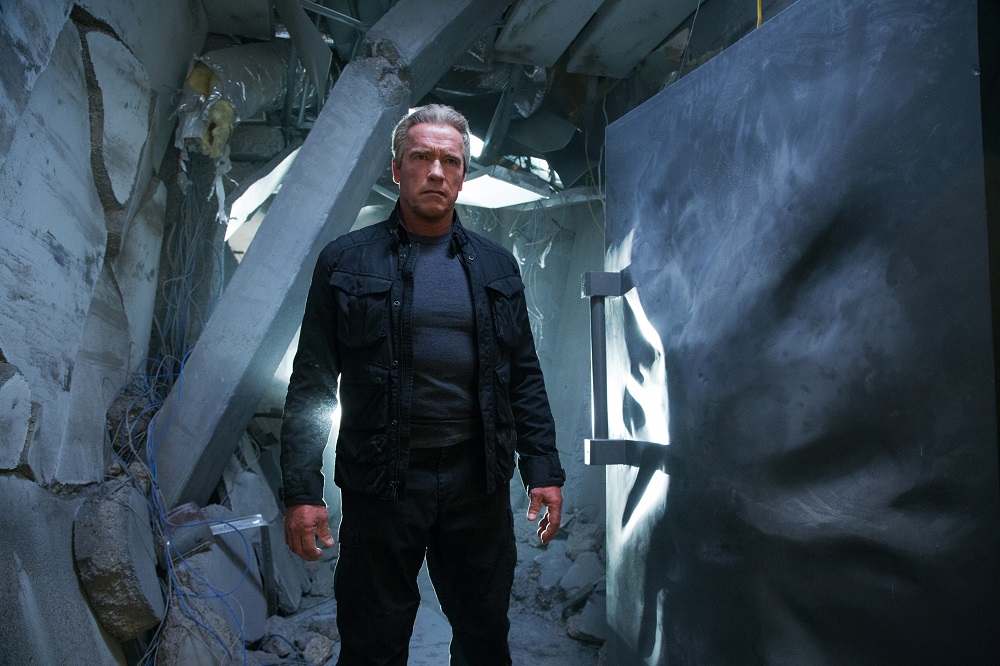 It’s hard to know where to begin where it concerns Terminator Genisys. The idea behind this fifth film in the long-running franchise is to reset the timeline much in the same way that 2009’s Star Trek changed things for that series and X-Men: Days of Future Past canceled both X-Men: The Last Stand and X-Men Origins: Wolverine out of existence. It utilizes elements of James Cameron’s 1984 classic as well as his 1991 follow-up Terminator 2: Judgement Day, interacting with the former openly while at same time acting as if Terminator 3: Rise of the Machines and Terminator Salvation never existed. 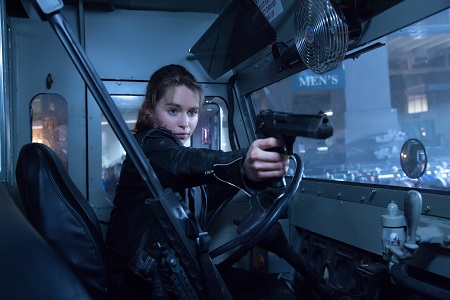 While entirely unnecessary, at first director Alan Taylor (Thor: The Dark World) and writers Laeta Kalogridis (Shutter Island) and Patrick Lussier (Drive Angry) have a good thing going. Starting in the future in a post-apocalyptic badlands where resistance leader John Connor (Jason Clarke) is on the verge of finally winning the war against the Machines, moving backwards to 1984 where soldier Kyle Reese (Jai Courtney) has been dispatched to save Sarah Connor (Emilia Clarke) from assassination by a cyborg, a.k.a. Terminator, intent on erasing John from existence before he’s even conceived, things go immediately sideways when the 1984 Reese has been anticipating proves to no longer exist.

In its place is a world where Sarah is under the protection of an older-looking Terminator she’s dubbed ‘Pops’ (Arnold Schwarzenegger) and a newer liquid metal model, a T-1000 (Byung-hun Lee), has appeared with orders to assassinate Reese. Complicating matters even more, the soldier who thought he was being sent to save the future mother of humanity’s savior is now having memories of an alternate timeline where Judgement Day, the date the Machines started nuclear Armageddon, happened in 2017, more than two decades after it was originally supposed to occur. Convincing Sarah and Pops he isn’t crazy, the trio manage to jump 33 years forward, realizing as much as everything has changed it’s still up to them to stop the Machines before humanity’s extermination can begin.

The 1984 stuff is terrific. Niftily staged, creatively imagined, the filmmakers play with Cameron’s original much in the same way Robert Zemeckis ingeniously toyed with Back to the Future during the climactic third of Back to the Future Part II. Old Schwarzenegger meets his younger (CGI-created) doppelgänger in battle and the results are spectacular, while the utilization of the T-1000 in this new variation on the timeline is joyously realized. The look of constant, omnipresent befuddlement washing over Courtney as he tries to put the pieces together as quickly as he can is endearing, while Clarke’s early interactions with her charismatically robotic superstar protector strike a nice balance between comedy, melodrama and authentic human emotions.

The worm starts to turn once we hit 2017, a feeling that something is off hard to shake. The moment John Connor becomes a part of the action it’s clear that the filmmakers haven’t thought things out as clearly or as cleanly as they probably should have. They fail to come up with answers to all the questions and conundrums they have created, allowing Schwarzenegger to spout gobbledygook about timelines and alternate realities in order to hopefully smooth away any problems. It’s almost as if they’re purposely holding back answers, saving them for future sequels they hope will come later, forgetting that if they don’t at least make the attempt to make this adventure even slightly plausible it’s doubtful this is going to happen anytime soon.

It’s also here where Taylor starts to slowly lose control of the action sequences. What were clean, sharply defined and energetically organized suddenly become overly frenetic, out of control bouts of visually upsetting nonsense filled with computer-generated imagery that look more suited for a video game than they do anything else. It all culminates in an absurd helicopter chase that’s beyond terrible, staged with all the flair and the panache of a swift kick to the head. 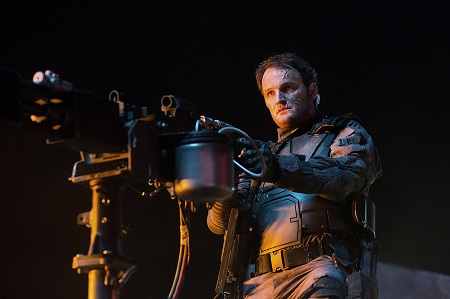 It’s designed, of course, to mimic a similar sequence found in Terminator 2: Judgement Day. Thing is, in attempting to outdo what Cameron did Taylor and his crew forget about the laws of physics, allowing their CGI visual effects wizards to go wild erasing believability in the process. You know why the helicopter chase was so amazing back in 1991? Cameron found a way to do it for real, that’s why, a lesson no one here took note of at least as far as construction of the final act’s major action set piece was concerned.

But the real issue is that, and I’m not entire sure why this ends up happening, but both Jason Clarke and Emilia Clarke lose their grips on their respective Connors, each having a horrible time trying to navigate the here’s and there’s of Kalogridis and Lussier’s pointlessly convoluted screenplay. They run out of angles and as such look lost as to what to do next, and while neither of them are bad, per se, to say they end up being less than memorable in roles that should be anything but is a massive hindrance as far as maintaining interest is concerned.

All of which is something of a shame. Initially, Terminator Genisys does show all the signs of being a novel and invigorating new take on Cameron’s original sci-fi mythos. It plays with the events of the previous films in almost ingenious fashion, utilizing Schwarzenegger’s magnetic strengths to maximum advantage. But in the pursuit of setting up a new world, as well as planting the seeds for future sequels, the filmmakers fail to construct a self-contained story worthy of an audience’s attentions let alone their emotional investment. It’s a robotic descent into Hollywood financed, corporate-driven stupidity, diluting a once powerful franchise to a place it had yet to travel to until now: irrelevance. 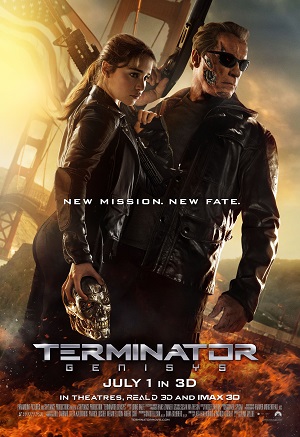