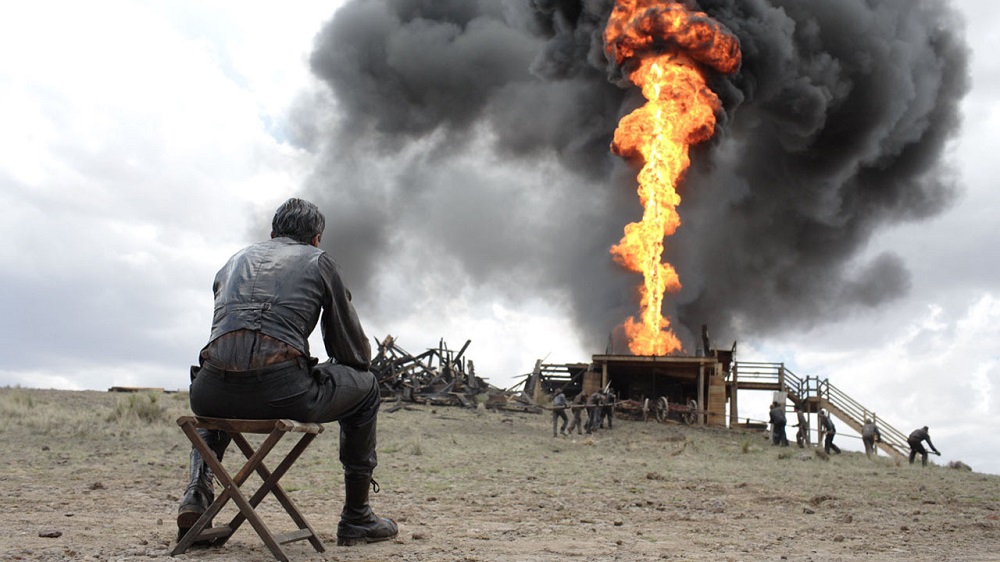 Paul Thomas Anderson’s There Will Be Blood isn’t an easy sit. This is one of the year’s best motion pictures, one we will likely be talking about for decades to come. Yet it is also utterly reprehensible and sickeningly repugnant, the saga of a man consumed by ambition, pride and greed as amoral as anything I have ever seen. Anderson’s latest is a diseased, oil-soaked triumph, and as magnificent as it might be, I still left the theatre so covered in grit and grime that I wondered if it was going to take multiple showers in order to feel anything even remotely close to clean.

Loosely based on the novel Oil! by Upton Sinclair, There Will Be Blood is a near three-hour epic chronicling the life and times of early 20th century tycoon Daniel Plainview (Daniel Day-Lewis). An oil prospector by trade, he’s become a master at finding the liquid black gold and convincing communities to give him the rights to bring it out of the ground. He bills himself as a family man, he and his son H.W. (Dillon Freasier) going from town to town to set up oil platforms which produce thousands of barrels a day.

His latest trek into the American heartland has led him to the town of Little Boston, a recent earthquake helping Daniel to uncover the biggest oil discovery of his career. After much cajoling of the citizenry, he’s able to get the rights to drill all over the entire township, ensuring local wannabe pastor Eli Sunday (Paul Dano) that he’ll build him a church and give his new congregation a $5,000 donation once the first barrels are filled with oil.

And so it goes from there. It’s Man of God versus Man of Oil, each staring down the other while the latter’s son finds himself caught right in the middle escalating feud. But as the good book says, pride still comes before the fall, and only one of these two men knows himself both inside and out well enough to predict the outcome of this conflict, and he isn’t the one with the supposed direct line to God. Daniel doesn’t care for people, doesn’t see the use for them, and even in the face of bloodcurdling tragedy and euphoric success the only constant for him remains his unconditional loathing of humanity.

As a blow-by-blow historical document of what early oil exploration in the United States looked like, Anderson has crafted one the greatest testament to these bygone days, at least since George Stevens’ 1956 Rock Hudson/Elizabeth Taylor/James Dean classic Giant. Every ounce of sweat, blood and tears spent in the finding of the bubbly black liquid bursting from underneath the desert surface feels crushingly authentic, and watching these men go through their strenuous travails to barrel it up is stunningly breathtaking in its bleakly abhorrent moral cynicism.

But this is not what makes Anderson’s opus extraordinary. Working in melodious tandem with his star Day-Lewis (who is a virtual lock to take home his second Academy Award for Best Actor), the director has made an albeit fictional biography of a man destroying himself from within that’s nothing less than breathtaking. Comparisons to Orson Welles’ larger-than-life portrayal of Charles Foster Kane in Citizen Kane are obvious, but Daniel Plainview thankfully remains his own unique cinematic creation. He is a monster, no question, but he is also decidedly human, and watching him doggedly erase all his morality out from inside himself one strip of his soul at a time is one of the more sickeningly fascinating perversities I have ever willingly sat inside a theatre to experience.

There’s not a lot more to add. Robert Elswit’s (Michael Clayton) cinematography is incredible, while career-defining work is also delivered by editor Dylan Tichenor (The Assassination of Jesse James by the Coward Robert Ford), production designer Jack Fisk (The New World), costume designer Mark Bridges (I Heart Huckabees) and art director David Crank (Hannibal). The movie is a triumph of sound design and scoring (musician Jonny Greenwood creating a Kubrickian aural ambiance that’s eerie and ominous), all of it centered around performances by Day-Lewis and Dano so brutally unforgiving in their honestly repellent specificity they leap off the screen.

All of that said, There Will Be Blood belongs to Anderson and Anderson alone. With the lasting impact of previous pictures like Boogie Nights, Punch-Drunk Love and Magnolia is indisputable, this effort might just be the one the director will forever be known for. This is a singular achievement, and while the feelings the film generates are ones contaminated with disgust and revulsion, the discussions they also promote are certain to last for a lifetime. 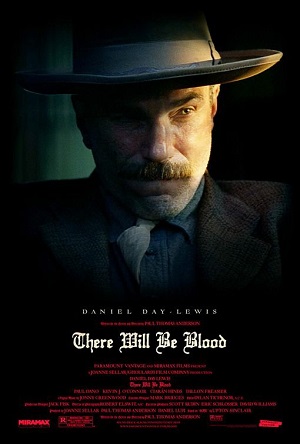