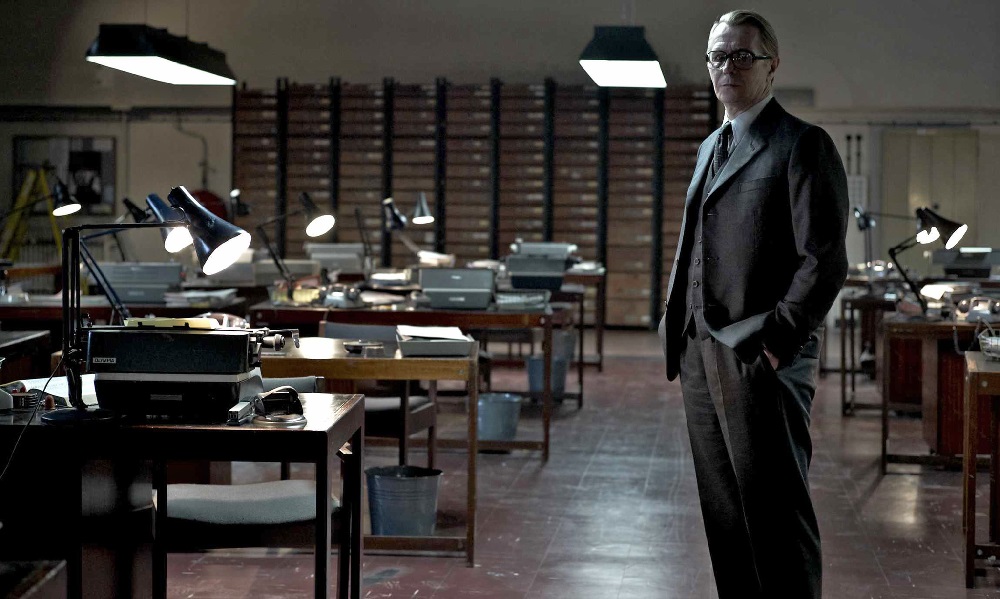 “We are not so very different, you and I. We’ve both spent our lives looking for the weaknesses in one another’s systems. Don’t you think it’s time to recognize there is as little worth on your side as there is on mine?”

Here’s what I wrote about Tinker Tailor Soldier Spy back in my original theatrical review in December of 2011:

“It is 1973. The British spy agency MI6, codenamed ‘Circus,’ is currently under fire for a covert mission in Bulgaria that has gone horribly wrong. The man in charge, known only by the enigmatic cover name Control (John Hurt), has been replaced, and much to everyone’s surprise, he’s taking trusted second George Smiley (Gary Oldman) out the door with him.

Why? What’s the reason? Is this a betrayal? No one knows, Control passing away from a previously undisclosed illness a few short months after his ouster.

Lacon wants Smiley to discover who this double agent is, asking him to covertly investigate his old friends who now run the Circus. Thanks to Control forcing him into retirement, he’s now the perfect man for the job, and the only one who can determine if it is Percy Alleline (Toby Jones), aka Tinker, Bill Haydon (Colin Firth), aka Tailor, Roy Bland (Ciarán Hinds), aka Soldier, or Toby Esterhase (David Dencik), aka Poor Man, who is the one secretly working against the British.

Anyone who has read John le Carré’s masterful novel or seen the BBC’s exquisite 1979 miniseries already knows that Tinker Tailor Soldier Spy is far more complex than that. The line between secret and lie, between friend and foe, is so thin it is practically invisible, and moving between the grey areas is something the quietly inquisitive George Smiley is an expert at.

Director Tomas Alfredson (Let the Right One In), working from a literate script by Bridget O’Connor and Peter Straughan (The Debt), makes his English language debut with this new adaptation of the classic tale, delivering a marvelous spy-versus-spy thriller that’s downright mesmerizing. Methodically paced, intelligently plotted and sensationally acted, Alfredson has delivered an enthralling stunner audiences should fall all over themselves in love with.

It begins and ends with Oldman. This is a titanic performance, the esteemed actor perched on his chair like a wise old owl overseeing his domain. He doesn’t say a lot, seldom raises his voice, yet the authority in every syllable is backed up by years of experience and self-control. Every facet of Oldman’s portrayal is a study in controlled disappointment colored with hushed rage that’s tinged with the slightest modicum of regret. He’s magnificent.

Yet the film is more than just a single performance, more than the divine work of the stellar supporting cast (which also includes the likes Mark Strong, Kathy Burke and Stephen Graham). Alfredson takes le Carré’s tale of espionage and intrigue into disquieting corners that feel fresh and new. This is a relentless ticking-clock thriller, and as Smiley inched closer to the truth the sweat on my brow and the hurried tempo of my breath increased incrementally with each methodical step the veteran spy took.

For fans of the book or the miniseries, the answers to this mystery will not come as a surprise. Alfredson doesn’t go out of his way to hide the identity of the mole, and a viewer with even an ounce of observational acumen will be able to point him out roughly halfway through.

Yet the whys of the deception are even more fascinating here than they were in the Alec Guinness version. A scene where Smiley accepts this individual’s downfall and agrees to pass on a pair of messages for him is poignant in its tragic emotional subtlety. Earlier moments between Oldman and Hurt, as brief as they may be, are haunting in their intensely focused minimalism.

Tinker Tailor Soldier Spy is the sort of intelligent suspense filmmaking we seldom see anymore. In a world of souped-up visual pyrotechnics and comic book sensibilities, here comes Alfredson to remind everyone how even a wee bit of quiet can be more unsettling than the loudest explosion. More entertaining, too.”

All extras save an archival audio commentary with director Tomas Alfredson and Gary Oldman are contained on the Blu-ray included with this release:

Tinker Tailor Soldier Spy has only gotten better with age. The past decade has been kind to Tomas Alfredson’s adaptation of John le Carré’s timeless novel, and revisiting it after so many years has been an absolute joy. Kino’s 4K release is exceptional. This one comes highly recommended. 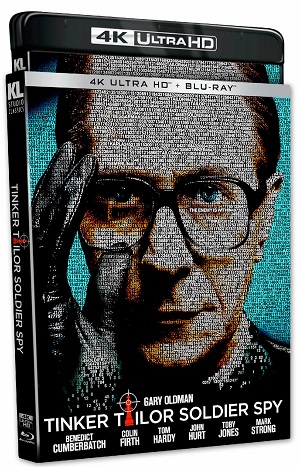