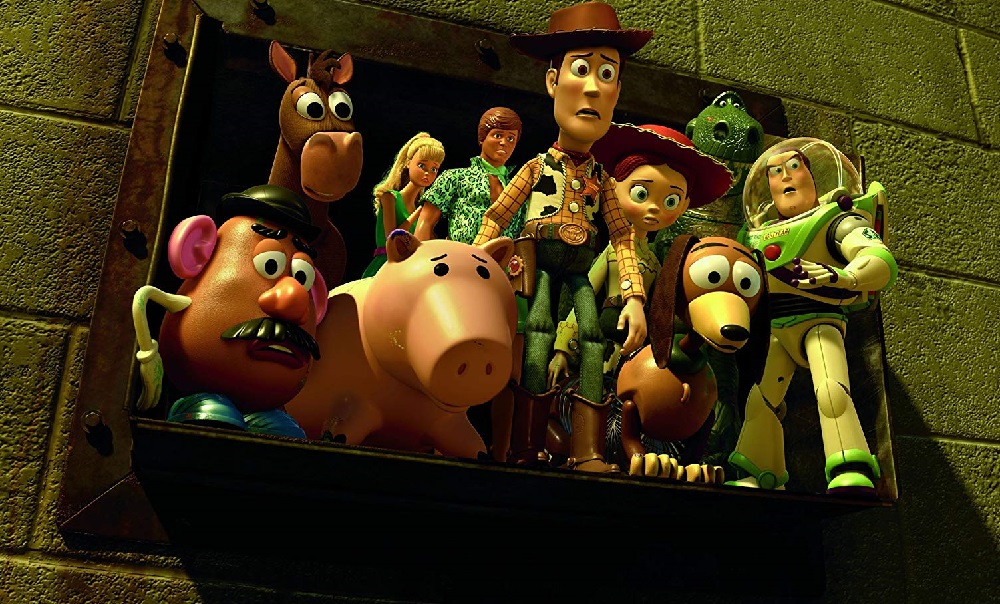 I think we’ve all had that one toy we can never forget. For me, it was a stuffed bear unoriginally named “Teddy.” I adored the teeny-weeny bundle of brown fluff, and even though as the years went by he came to be missing an eye and was sporting more than his fair share of needle and thread scars thanks to my Mom’s quick-fix patching skills, I kept and cherished that little animal for more years than a care to count.

With the sensational Toy Story 3 Pixar has done the impossible. Not only have they crafted a tale (thanks in large part to Little Miss Sunshine scribe Michael Arndt) that’s every bit as everlasting as the two previous motion pictures, they’ve also weaved a parable about youth, young adulthood and aging that’s spectacular. These characters. This story. All of it has matured at arguably the same rate as the time it has taken for each installment to hit theatres, the level of insight to be found in this third chapter bordering on breathtaking.

As things begin Woody (voiced by Tom Hanks), Buzz (Tim Allen) and the gang are facing an uncertain future. Their owner Andy (John Morris) is days away from leaving for college, and whether or not he’s going to be taking any of his toys along with him or put them into storage in the attic is still an open question.

From there starts an adventure that goes from daycare to the playground, from the heat of a furnace to the warmth of a child’s bedroom, each of our heroes going on a journey taking them from the brink of an unspeakable final ending back to the bright potential of a new beginning. It is a tri they make together, learning once and for all that family can be made out of choice and isn’t always based on which manufacturer you were mass-produced by.

Pixar and director Lee Unkrich (Finding Nemo, Toy Story 2) get so much right there’s almost nothing more to add. New characters like Ken (Michael Keaton) and a big pink teddy bear named Lotso (Ned Beatty) are fine additions to the series, while the central The Great Escape narrative is thrilling for young and old viewers alike. The returning characters continue to evolve, grow and change, their relationships every bit as electric, complex and intricate as any flesh and blood human’s would be.

But Arndt’s script digs even deeper. It’s fun and at times undeniably frivolous, featuring moments of outright silliness that defy belief, but it is also an emotional introspective maelstrom for toy and kid alike. While Andy has always been sort of an enigmatic figure in the previous two chapters, here his wants and needs are as important as the ones the toys he owns have. His decisions are as key as theirs are, the film’s penultimate moments touchingly poignant and empathetically genuine because of this.

Unsurprisingly there are some magnificently animated set pieces like the group’s attempts to escape from a garbage dump incinerator or Woody’s first glimpses of a little girl’s toy-filled bedroom, but at this point with Pixar this is to be expected. What I didn’t anticipate is how the studio could elevate the sequel to such absurd heights, and while films like The Incredibles, Up, Ratatouille and WALL•E have already set an absurdly lofty bar, that Pixar gets there once again by returning to a cast of characters who started this CG animated love-fest back in 1995 is still something of a surprise.

The biggest glory of this supposed trilogy capper is how it ultimately made me feel. Not only do the filmmakers bring things full circle, they do it in a way that is so satisfying it’s almost ridiculous. The film brought authentically earned tears to my eyes, the finale so warm and wonderful it might just be the year’s most endearing moment. Pixar and company made me remember what it was like to be a kid and to hold my own toys with the same all-encompassing unconditional love that Andy shares with his. They made me recollect on what it was like to let go of youth and pass into adulthood, got me to embrace who I was as a child and how those adolescent decisions led me to where I am today. Toy Story 3 is as timeless as it is timely, and for kids of all ages, and for the adults who still remember what it was to be young, this is one movie, one sequel, everyone is certain to adore. 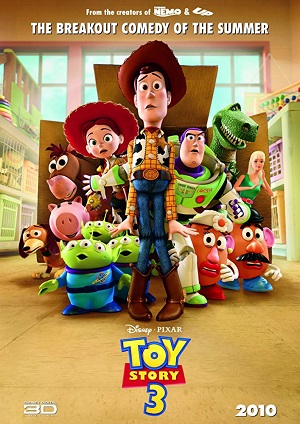