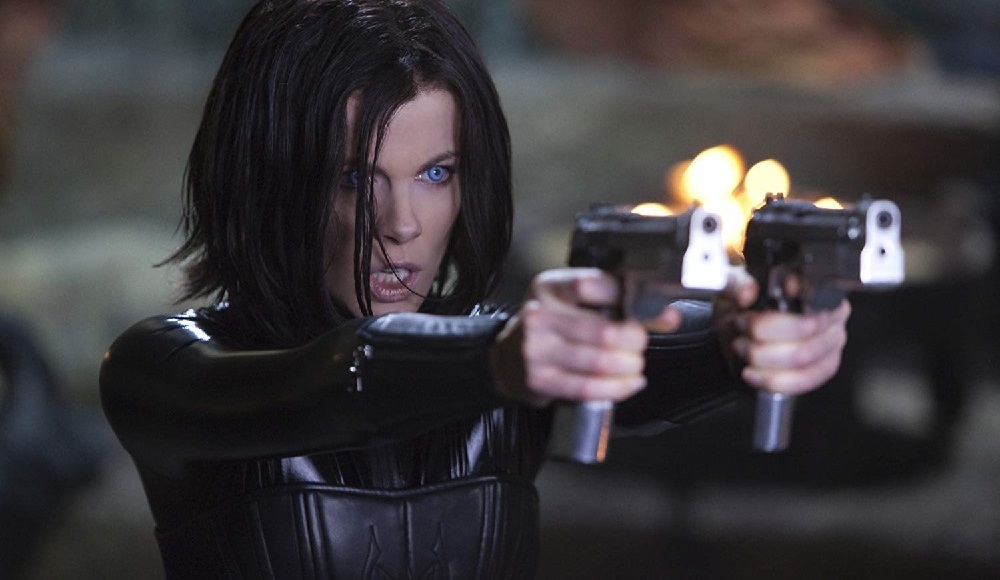 It has been 12 years since humans discovered the existence of vampires and lycans (i.e. werewolves), 12 long years that a captured Selene (Kate Beckinsale) has been stuck in a deep cryogenic sleep kept from the outside world and clueless to the mass genocide that has taken place. Awakened by an entity those in charge of the facility cryptically refer to as ‘Subject Two,’ the one-time Death Dealer finds herself part of a world she does not understand, forced to chase the ghost of her fellow hybrid lover Michael who all she encounters claim is dead. 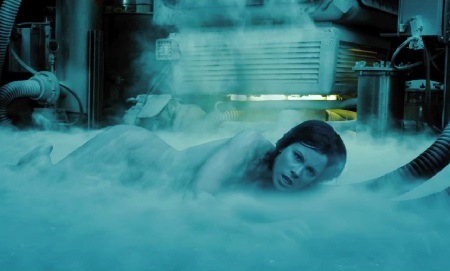 Who am I kidding? The point of Underworld Awakening isn’t to spend a lot of time on the convoluted (and I would say purposefully silly) plot but to instead reignite a popular B-grade R-rated fantasy franchise left in something of a coma after the underwhelming prequel Underworld: Rise of the Lycans quickly came and went back in 2009. The return of Beckinsale, the promise of this series moving into unexplored territory, the idea that it can once again become the giddy, somewhat sloppy pleasure it was for two previous adventures, that’s what’s most important here, and to say the film rises to these admittedly low expectations is a rather nice surprise.

It does help if you are a fan of both Underworld and Underworld: Evolution. It helps if you can’t help but smile a when you think about Beckinsale and costar Scott Speedman running around murkily lit gothic locations ripping out throats, shooting off handguns and otherwise mutilating just about everything in sight. It helps if you get a kick out of seeing esteemed actors like Michael Sheen and Bill Nighy slumming in material far below their respective talents yet having a gigantic ball doing it nonetheless.

Happily, I can answer yes to all of those statements, and I’m not even slightly embarrassed to admit I had a grand old time taking in all 88 quickly paced minutes that Underworld Awakening had to offer. Stephen Rea shows up as a mysterious scientist obsessed with using Selene to foster his secret, world-dominating goals, while the great Charles Dance pops up briefly as a vampire coven elder who believes running and hiding is the best defense they have against a world determined to wipe them out. Other new faces include Michael Ealy as a detective not as consumed with vampire/lycan hatred as his brethren are, Theo James as a fellow bloodsucker who sees the newly arrived Death Dealer as a savior destined to save the species from extinction and India Eisley as a secretive youngster whose connection to Selene and Michael could change the world forever. 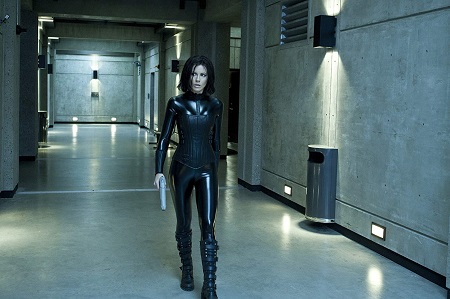 I’d say more, but there really isn’t much of a point. The action scenes are directed with histrionic yet surprisingly understandable flare by wunderkind Swedish directors Måns Mårlind and Björn Stein, the pair having a visual sensibility that fits in with the first two Underworld adventures yet also feels uniquely its own. The action scenes have a visceral kick that are a heck of a lot of fun, and while the plot itself (co-written by Len Wiseman, the guy who helped start all this nonsense in the first place) is nothing more than nonsensical fluff intent on jumpstarting a new trilogy that doesn’t make things any less enjoyable.

Not that Underworld Awakening isn’t some sort of fantasy-action masterpiece or a movie I’ll be waxing poetic about come next December. It’s nothing more than a diverting piece of January fluff, a violence-filled spectacle of excess and enthusiasm that plays exceedingly well to an audience receptive to that sort of thing. Even if the finale sets up a sequel we might not ever get the chance to see promising the return of a character noticeably absent this time around, that doesn’t mean I was not entertained. Selene’s return is a welcome one, and if the Death Dealer feels the need to dole out some more justice a couple of years hence that possibility wouldn’t bother me in the least bit whatsoever. 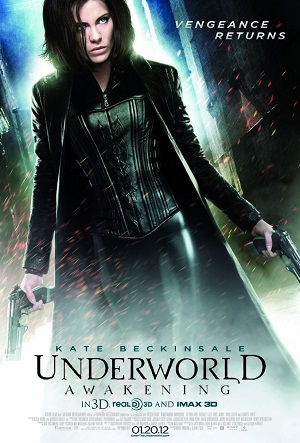