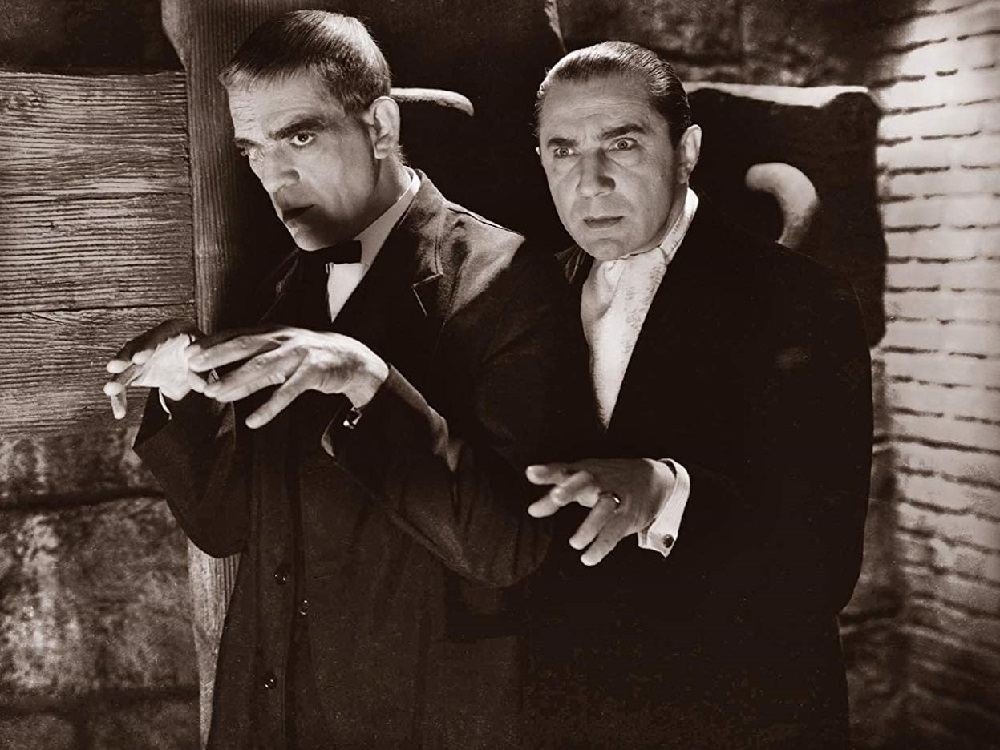 Four macabre thrillers from the Universal vault featuring the great Boris Karloff and the legendary Bela Lugosi, two of them inspired by the works of Edgar Allan Poe.

The Black Cat (1934)
American honeymooners Peter (David Manners) and Joan Alison (Jacqueline Wells) meet the friendly if mysterious Dr. Vitus Werdegast (Bela Lugosi) during their Hungarian vacation, and through a strange series of unfortunate events end up joining him on his trip to visit the reclusive Hjalmar Poelzig (Boris Karloff) in his isolated mansion. Soon they discover themselves in the middle of a lethal game of chess being played by the two men, the demonically satanic longings of the latter leading the former to pursue a mysterious quest for revenge that might leave both Peter and Joan unintended collateral damage of their escalating psychological war.

Directed by the great Edgar G. Ulmer (Detour) and suggested by the stories of Edgar Allan Poe more than it is actually based on one of them, 1934’s The Black Cat was the first pairing of horror greats Boris Karloff (billed only as “Karloff”) and Bela Lugosi. It might also be my personal favorite of the eight films they appeared in together. Most definitely a motion picture made before the Hayes Code (i.e. “pre-Code”) started censoring Hollywood productions, this is a defiantly sexual effort that oozes atmosphere and menace. It is also a stellar showcase for both actors, especially Lugosi, their scenes together having an electrifying vitality I find impossible to resist.

The Raven (1935)
After being begged out of retirement to save the life of Judge Thatcher’s (Samuel S. Hinds) famous dancer daughter Jean (Irene Ware), reclusive Dr. Richard Vollin (Lugosi) becomes infatuated with the young woman to an almost terrifying degree. An Edgar Allan Poe enthusiast, he has built many of the author’s signature torture devices and hidden them inside secret rooms throughout his massive estate. The doctor has also blackmailed escaped convict Edmond Bateman (Karloff) to assist him in a morbid plan to make Jean his own by monstrously disfiguring the man’s face, Vollin’s infatuation with suffering and torture driving him homicidally mad.

I love The Raven. Lugosi is terrifying in the one, while the sadomasochistic subtext to the entire story undeniably marks this release a “pre-code” horror movie. Wish Karloff would have been a bit better utilized, and the ending of the picture is rather sudden, but the volume of insidious thrills and chills certainly makes up for any of this release’s mostly unremarkable shortcomings.

The Invisible Ray (1936)
More a science fiction-based thriller than the full-blown horror entry, and the first of Karloff and Lugosi’s joint efforts that had nothing to do with Edgar Allan Poe, The Invisible Ray is still pretty entertaining in its own right. The story of Dr. Janos Rukh (Karloff), the film follows the scientist as he makes the discovery of a lifetime only to decide into murderous madness after doing so, his touch becoming lethal to anyone and everyone after he’s exposed to a highly toxic dose of radiation.

There’s a lot more to it than that, of course, including a star-crossed love story that might end in tragedy if Dr. Rukh has his way, but overall it’s basically a Jekyll and Hyde situation and there’s not a lot more to it than that. Karloff is extraordinary, however, delivering one of the best performances of his career, and while Lugosi sadly doesn’t have as juicy a part as his co-star he still delivers a few choice moments nonetheless. Much like The Raven this one also ends rather suddenly, but the film’s exquisite craftsmanship along with the overall quality of the performances help smooth much of that out. An ambitious and thought-provoking thriller I was genuinely surprised by.

Black Friday (1940)
The weakest of the set yet still unquestionably worthwhile, Black Friday has the rare distinction of being one of the few Karloff-Lugosi pairings where the two share practically no screen time with one another. In fact, they’re the supporting characters this time around, with Karloff deciding to forgo portraying the lead (that distinction went to Stanley Ridges) which in turn forced Lugosi into a lesser role as a mob boss killing and conniving his way in the search for the loot from a recent bank heist.

The movie certainly has one of the loopier premises of all of the Karloff-Lugosi films. After his University colleague and vaunted literary professor George Kingsley (Ridges) suffers a catastrophic head injury, Medical research scientist Dr. Ernest Sovac (Karloff) successfully transplants the brain of murderous thief Red Cannon (also Ridges) into his friend’s skull. Soon two very different personalities begin to vie for control of the body, and while one of them wants to return to his meek, mild-mannered lifestyle, the other will go to bloodcurdling lengths to resume his criminal ways.

Ridges is very good in a difficult role, and Karloff certainly has a theatrical joy of a time portraying the good doctor, but the film’s plot is just too silly for things to payoff in any substantive way. Additionally, as much fun as it is to watch Lugosi play way against type as a ruthless mafioso, his screen time is so limited it becomes clear quite quickly anyone could have portrayed the character and done a relatively as decent a job as he does. Black Friday isn’t a bad film, the middle section where both Red and Prof. Kingsley begin their battle for dominance of their human shell is particularly entertaining, it’s just not that memorable one, the picture mainly notably as the last pairing between Karloff and Lugosi working for Universal Pictures.

There are a lot of special features included with this release and practically all of them are essential. Extras include:

This is a treasure trove of material, all of it worth diving into multiple times. One of the greatest collections of bonus features that Scream! Factory has ever assembled for one of their releases.

This “Universal Horror Collection: Volume 1” is one of the all-time great collections Scream! Factory has ever put together. It is a celebration of Boris Karloff and Bella Lugosi, and while the four films somewhat vary in quality, all of them are essential viewing for horror enthusiasts, fans of classic cinema or devotees of the two legendary actors. Overflowing in bonus feature and sporting superb transfers, this is undeniably one of 2019’s most essential Blu-ray releases. 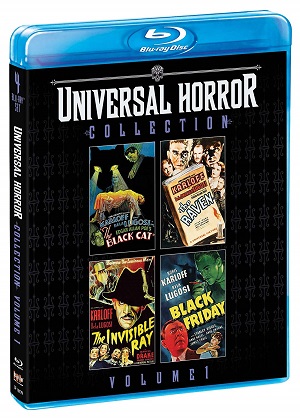