One year after the death of his wife, still grieving widower Jamie (Jacob A. Ware) convinces her twin sister Ava (Christine Nyland) to assist him in doing the impossible. Things do not go as planned for either of them, everything leading to an evening of unthinkable tragedy the ramifications of which will be felt for a long time to come.

When talking about An Unquiet Grave it’s best to be as vague as possible about what is going on and how it ends up affecting Jamie and Ava. The pair’s goal is the literal resurrection of the dead; the duo’s inability to get past the death of a loved one leading to their attempt to accomplish the unthinkable.

Directed by Terence Krey, who also co-wrote the script with Nyland, while the film is certainly unsettling and filled with several tense moments, this is more of a metaphorical drama about death and the unbearable trauma caused by immeasurable grief than it is a straight horror tale. It’s reminiscent of David Lowery’s A Ghost Story, and even if this surreal, expressionistic nightmare never reaches the same heights of introspective majesty as that 2017 stunner did, that does not make this minimalist shocker any less captivating.

As far as the suspense aspects of this story are concerned, the feature hits a highwater mark relatively early. Krey meticulously stages the attempted resurrection with masterful skill. Jamie and Ava return to the scene of the car crash that made their lives so miserable to perform the supernatural rite, and the dynamics of what they are attempting become increasingly chilling with each passing second.

Nyland delivers an excellent performance, one that is forced to transform into something questioningly introspective as events progress. It’s a fascinating trick on her part, one that is wholly believable when the transition occurs, and the way the actress shifts her vocal inflections and her body movements are mesmerizing.

The actual twist didn’t surprise me. More, once I ascertained what was about to happen things transpired pretty much exactly as I had anticipated, making a supposedly shocking and violent turn into darkness far from the emotional tsunami I assume Krey was attempting to engineer.

Thankfully, from that point forward the director puts the newly reconfigured human story front and center. Jamie’s world changes, and the way those closest to him react to this unanticipated shift in reality is what ends up mattering most. It all builds to a suitably open-ended climax where few questions are answered and what happens after the screen fades to black is a beauteously frustrating unknown.

This lack of clarity and the absence of any firm resolution will rub some the wrong way. Not me. This heartrending ambiguity is what allows An Unquiet Grave to make such a lasting impression. The ghosts haunting Jamie are brought into existence due to his inability to properly mourn his dead wife, transforming his undying love for her into a terrifying nightmare from which waking up might prove to be catastrophically impossible. 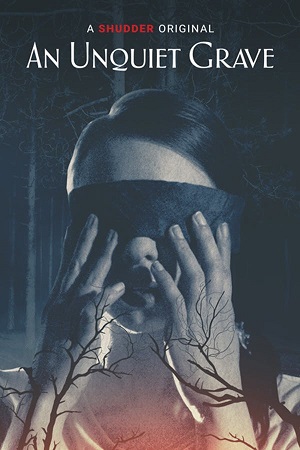