Londoner Jay (Dev Patel) is heading to Pakistan to attend a wedding. But he makes the trip with multiple passports. He utilizes two cars. He gives various false names to those he encounters during his travels. He buys a pair of high-powered handguns which he carefully hides amongst his belongings. Jay does all of this because he has no intention of actually attending the wedding. Instead, he’s there to kidnap the erstwhile bride, Samira (Radhika Apte), a wealthy businessman hiring him to bring her to a Delhi hotel utilizing any means he deems are necessary. 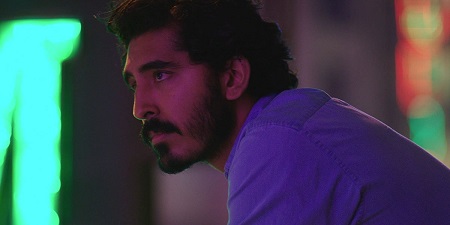 That’s the setup to writer/director Michael Winterbottom’s (24 Hour Party People, The Trip) dramatic thriller The Wedding Guest, and it’s safe to say nothing works out quite as planned. Samira isn’t at all upset about her kidnapping. An unintended death has massive repercussions that no one could have anticipated. Jay is double-crossed by the man who hired him. A plot involving stolen and copied diamonds is discussed. The idea of returning Samira to Pakistan and have her go through with her wedding even if she doesn’t want to is pondered. All of that and more transpires within the determinedly somber confines of Winterbottom’s film, each of the narrative convulsions tied together with strings made out of honest human emotion and not ones spun out of anything facile or annoyingly impersonal.

The first half is breathlessly fascinating. Patel glides through the story, crafting an imposingly complex figure of shadow and mystery with rigid precision. His enigmatic stoicism has a forceful intensity that’s intriguing, watching Jay weave his way from England to India to Pakistan and finally back to India a true wonder to behold. He’s like James Bond, Jason Bourne, Jack Bauer and Snake Plissken all rolled into one mysterious shell, all of which makes the cracks that begin to form when his abduction of Samira goes sideways even more compelling. Patel is magnetic, and even when the film stops knowing exactly what it wants to do or where it wants to go the actor’s concentrated internalized ferocity keeps things interesting no matter how oddly disjointed or unfocused the overall narrative itself might suddenly become.

Good thing, because infuriatingly Winterbottom’s scenario does lose its way at a certain point. Problem is, talking about any of that in too great a detail would construe spoiling a couple of the film’s most important plot twists. What can be said is that what begins as something of a character-driven thriller with noir-like elements transforms into a study of people from different worlds learning what makes the other tick, which would of course be fine if the script did something more substantive with this change in focus than it ultimately does. After a key moment of angry, unexpected tragedy erupts into shocking bloodshed Winterbottom slows things down to an oddly inert crawl, none of which is ever as involving or affecting as I’m sure the filmmaker intended. 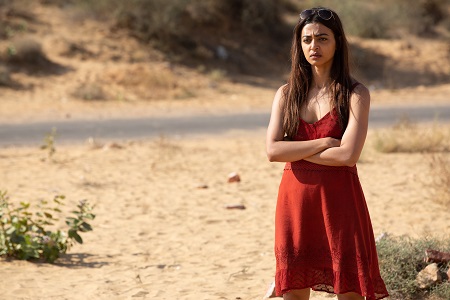 Not to say any of this is bad, per se. It isn’t. Patel and Apte are quite good together, their haunted chemistry born from a humanistic misery that’s universal in its authentic desperation. But as wonderful as they are that does not make me any more comfortable with the way in which Winterbottom changes gears during the last act. He’s attempting to make some broader, more inclusively heartbreaking statement yet for all the filmmaker’s talent and effectiveness behind the camera I just can’t say any of it mattered to me all that much. That deeper meaning somehow gets lost, making the final moments ring with a hollow emptiness that left me frustratingly cold.

But I did love that first half of the film something fierce, while Patel’s performance is so stellar it makes me want to urge people to watch this independent effort in the theatre even with all of my reservations and obvious displeasure with the last third. I was also suitably impressed with Giles Nuttgens’ (Hell or High Water) meticulously composed cinematography, the entire motion picture having an intimate visual allure that’s breathtaking. Also of note is Harry Escott’s (Welcome to the Punch) effectively minimalist score, the composer’s themes having an evocatively aggrieved eloquence I wholly responded to. All of that added together makes me wish I liked The Wedding Guest more than I actually do. If I decide to give it a second look sometime in the future here’s hoping I can forgive the film’s missteps and embrace its many virtues more than I vexingly can right now. 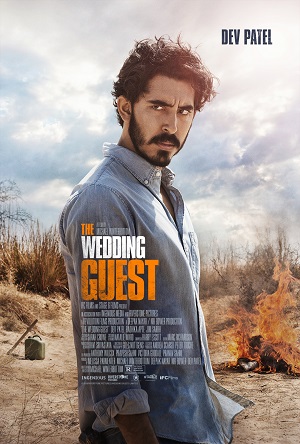