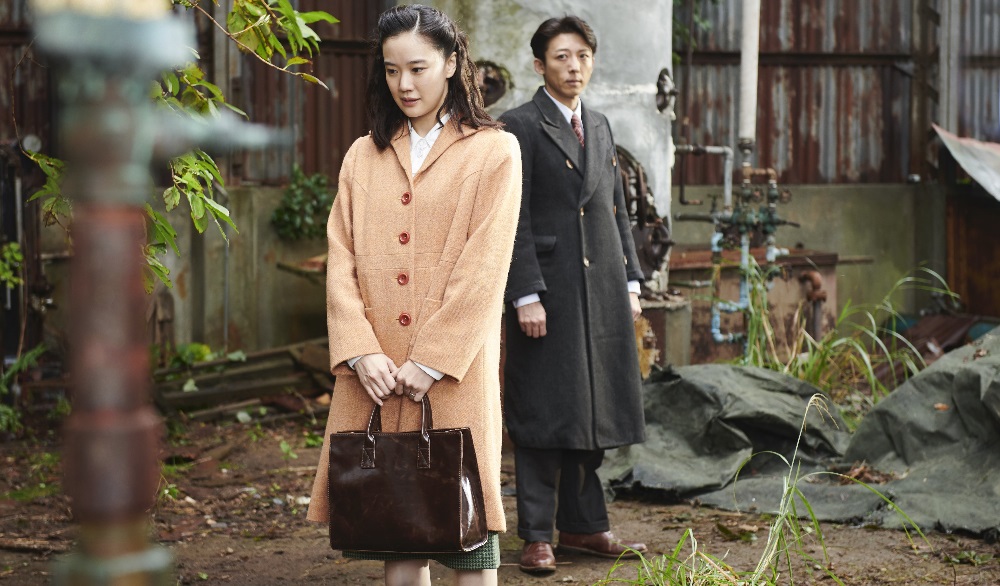 Breathtaking Wife of a Spy a Thrilling WWII Marital Melodrama

Satoko Fukuhara (Yû Aoi) is the bubbly, carefree wife of successful Japanese businessman and amateur filmmaker Yusaku (Issey Takahashi). As an import-export merchant, he makes frequent trips outside the country. But on the eve of Japan entering WWII, after Yusaku returns from what was supposed to be a quick jaunt to Manchuria, it is clear to Satoko that her husband has come back a changed man. He’s secretive and tight-lipped, and while he says all the right loving things, he’s also suddenly keeping his wife at a certain distance.

After being called into the local police precinct by her childhood friend Taiji (Masahiro Higashide), who is investigating the murder of a Manchurian immigrant woman, Satoko begins to put the pieces together regarding her husband’s suspicious behavior. There is a reason for Yusaku’s subterfuge. But even she is aghast when she learns the truth, though the secret Yusaku is concealing is so unimaginably heinous that his potential acts of treason against the military authorities begin to feel justified.

It’s easy to call Wife of a Spy a Hitchcockian WWII thriller. You have a clueless heroine learning a devastating truth. A corrupt authority attempting to conceal an unfathomable crime. A beloved friend who may be a devious, unmerciful enemy. And, maybe most of all, a potentially duplicitous husband whose high-minded ideals may be more important to him than his own loving wife’s life.

But while the parallels are all there, I think there’s a scene in acclaimed director Kiyoshi Kurosawa’s latest that’s a little more telling as to where his influences for this suspense-filled melodrama actually lie: Not knowing Taiji called his wife into the police station for questioning, an indifferent Yusaku asks her if she “enjoyed the latest Mizoguchi,” a reference to either The Story of the Last Chrysanthemum or the little seen Naniwa onna, two of Japanese titan Kenji Mizoguchi’s masterworks released about the time Wife of a Spy is set.

This is an important moment, not just for Satoko and Yusaku, but also because I think it’s a tip of the hat from Kurosawa as to where things are headed. Mizoguchi was a subtly cutthroat filmmaker, utilizing the relatively benign auspices of melodramatic convention to cut to some extreme, deeply unsettling truths. It is here where Kurosawa lays his cards on the table, and even if most viewers are likely not going to notice, all of the wild twists and turns during the climax are cleverly hinted at during this ostensibly innocuous conversation.

Aoi is magnificent. Flippant and girly early on, her transformation into a defiant warrior with a backbone of steel happens so naturally, with such authentic grace, I almost didn’t even notice it had happened. All of it — the flashes of fear, the looks of anger, the way her physicality changes when Satoko becomes increasingly resolute in the righteousness of the cause she will eventually bet her life on, even a finale where madness, grit, and not-so-bashful ingenuity seductively intermingle — is beautiful. Aoi delivers a performance worthy of celebration.

For Kurosawa, this motion picture is proof the director renowned in the late 1990s and throughout the 2000s as a modern master of horror hasn’t lost an ounce of his creative acumen. While Wife of a Spy is about as far away from Pulse or Cure as you could get, the gifted filmmaker still creates a wickedly upsetting aura of tension and suspense whenever he sets his mind to it. When the secret of what happened in Manchuria is revealed, the heartrending terror of what Yusaku uncovered is undeniable. It’s nasty, distressingly chilling stuff.

Taiji ends up being a little too one-dimensional. Although there’s a wonderful scene between the officer and Satoko as they discuss Western influences on Japanese society over glasses of American whiskey, there was never any doubt how this guy was going to behave when push came to shove. This makes the final confrontations between Taiji and Satoko fall slightly flat, and if not for Aoi’s magnificence, I’m not sure their climactic interactions would have resonated with me at all.

Not that I’m complaining. The last scenes have an ethereally haunting texture that is stunning, as all the themes residing at the center of the script written by the director and Ryusuke Hamaguchi (Happy Hour) merge into one in the same moment Allied bombs rain down upon a soon-to-be-defeated Japan.

Kurosawa’s Wife of a Spy took my breath away. 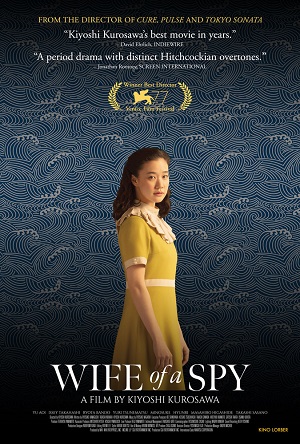