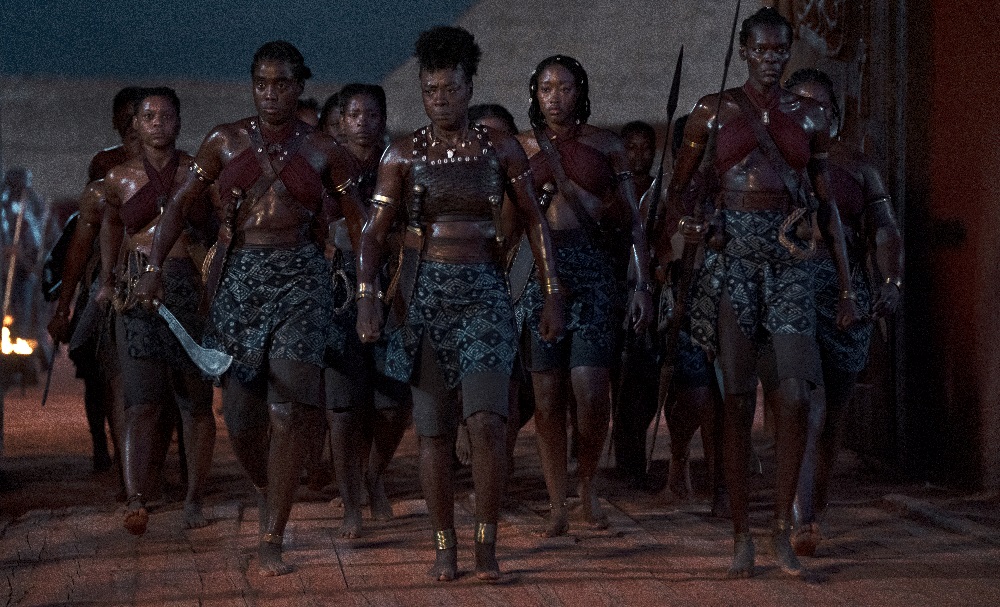 The Woman King is an old-school Hollywood historical battle epic reminiscent of sword-and-sandal dramas like Spartacus, Demetrius and the Gladiators, and — more recently — Ridley Scott’s Academy Award-winning Gladiator. The big differences are obvious, and include its majority-Black cast and decidedly feminine point of view. But director Gina Prince-Bythewood is up to the challenge of delivering a visually resplendent, crowd-pleasing spectacle that’s easy to recommend and even easier to love. By all accounts not entirely historically accurate, Prince-Bythewood’s film remains highly entertaining all the same.

It is the early 1800s. The African kingdom of Dahomey is one of the richest and most powerful on the continent. Its fiercest warriors are the Agojie, an all-female kings’ guard who are feared and revered in equal measure. They are led by the ruthless Nanisca (Viola Davis), a veteran warrior who answers to King Ghezo (John Boyega) and no one else. She is the tip of the spear, and to cross her is to risk almost certain, gruesome, bloody death.

Dahomey is at a crossroads. The kingdom achieved much of its wealth by selling conquered captives to European slavers for guns and gold. But Nanisca is tired of seeing her people involved with such an evil business, and the recently crowned King Ghezo is inclined to agree with her, just as long as an alternate source of income is found that will allow his people to continue to live in comfort and security.

Complications arise between Dahomey and the Europeans, and a long-standing conflict with a rival tribe, one larger and more physically powerful than King Ghezo’s, explodes into violence after the ruler’s intentions to cease being a part of the slave trade are made public. Nanisca leads her warriors into a series of thrilling encounters, culminating in a massive battle royale in a pivotal coastal city, where the Agojie attempt to push the European slavers back into the ocean, with their cargo holds empty.

Born from a story conceived with actress Maria Bello, the sprawling screenplay by Dana Stevens (For the Love of the Game, Safe Haven) isn’t without its maudlin and sophomoric aspects. A few subplots drip with unnecessary sentimentality, and a third-act twist involving Nanisca and one of her new Agojie recruits threatens to derail the entire enterprise by drowning it in schlocky treacle. There are also a few places where the narrative frustratingly repeats itself, engaging in moments of exposition that stop the momentum cold and had me twiddling my thumbs, waiting for the filmmakers to pick up the pace.

But goodness is this a gorgeous motion picture. The lush, dynamically immersive cinematography by Polly Morgan (A Quiet Place Part II) is a treat for the senses. The costumes by Gersha Phillips (The Whistleblower) are equally dynamic, as is the meticulously intricate production design by Akin McKenzie (Wildlife). Terence Blanchard (Da 5 Bloods) contributes a thrilling score that augments the on-screen action nicely, while Terilyn A. Shropshire (Beyond the Lights) edits with energetically coherent precision, adding a level of intensity that’s so natural, it borders on breathtaking.

The acting is universally great, and it shouldn’t shock anyone that Davis is hypnotically compelling as Nanisca. But it is her supporting partners who steal the show. Lashana Lynch gives one of the year’s most memorably euphoric performances as the general’s lethal right-hand person Izogie, stealing scenes from her co-stars with ease. Sheila Atim is equally outstanding as Amenza, Nanisca’s chief confidant and Agojie spiritual leader; she has a third-act march down the darkened streets of a burning city that chilled me to the bone.

The standout performance comes from relative newcomer Thuso Mbedu, however, portraying Agojie newcomer Nawi. Having already made a name for herself with a stunning turn in Barry Jenkins’ The Underground Railroad series for Amazon, she grabs The Woman King by the horns the moment she arrives in the story and then refuses to relinquish her grip to Davis, Lynch, or anyone else. The majority of the narrative is centered squarely on her, and she is more than up to the challenge of bearing the load.

Prince-Bythewood made a name for herself directing one of the greatest motion pictures I’ve ever seen, 2000’s Love & Basketball, and then quickly found herself in “movie jail” when the drama didn’t initially live up to box office expectations. Now considered something of a minor classic, and with successful stints behind the camera with The Secret Life of Bees, Beyond the Lights, and The Old Guard, it’s safe to say Prince-Bythewood is no longer in immediate danger of losing her position of cinematic authority.

There’s no reason to think The Woman King will change that. This is a superbly directed tale that features a trio of remarkable action sequences better than almost anything else I’ve seen in all of 2022. But Prince-Bythewood remembers to ground events in a distinctly human quality, putting character first and making sure each member of her cast has multiple moments to make a lasting impression. It’s all pretty great, and I think the majority who head to the theater to give this one a look are going to feel the same. 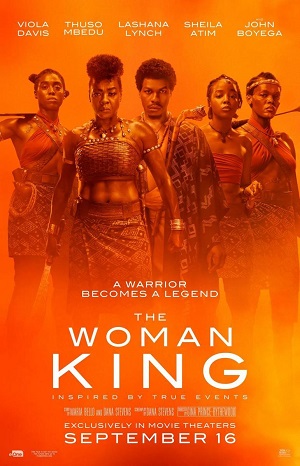