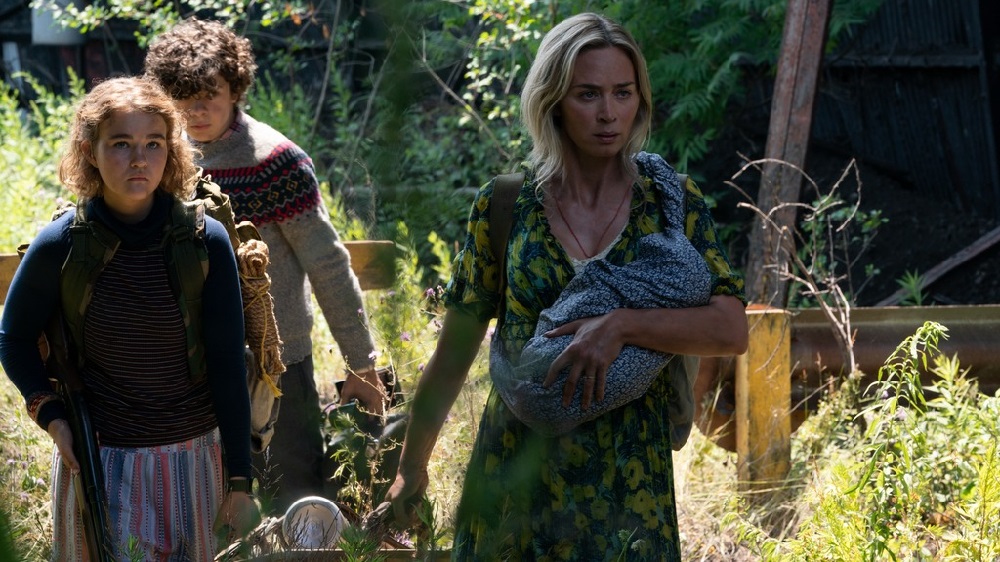 Their farm destroyed, Evelyn Abbott (Emily Blunt), her newborn baby and older children Regan (Millicent Simmonds) and Marcus (Noah Jupe) are forced to search for a new haven safe from the mysterious creatures terrorizing the Earth. Traveling in the direction of one of the remaining fire beacons lit up in the mountains, in an abandoned factory they encounter Emmett (Cillian Murphy), a one-time friend of the family who has lost everything and wants nothing to do with any of them.

During this journey, Marcus suffers a horrific leg injury. Even though Emmett insists they must leave, Evelyn refuses, unwilling to put the life of her son in jeopardy just to ease a broken man’s suffering. But when Regan, convinced she has the key to defeating the monstrous menace making every sound a potentially lethal mistake, heads out on her own into the unknown, suddenly this determined mother no longer knows what to do. Evelyn pleads with Emmett to go after her daughter, desperately hoping the good man they once knew and loved still exists somewhere below the mountain of grief he’s currently trapped underneath.

After a brief prologue depicting the arrival of the sound-hunting creatures that destroyed their close-knit community, A Quiet Place Part II immediately picks up after the events of its 2018 predecessor. Writer and director John Krasinski’s sequel hits the ground running, quickly reminding viewers how Evelyn and her children survived as well as the stakes involved if any of them takes a single misplaced step. It also continues to progress the previous story’s mythology, widening the scope to a bigger world while still keeping the focus squarely on the remaining members of the Abbott family.

If I did not enjoy this second effort as much as the first film, that does not mean I still didn’t find this to be a terrific sequel overflowing in thrills and chills. The sound design is once again spectacular, and for long stretches Krasinski utilizes silence as an unsettling weapon to put the viewer continuously on edge. It’s also stunningly edited by Michael P. Shawver (Black Panther), the third act particularly impressive as three separate subplots are all juggled with such seamless precision the lines dividing them become practically invisible.

Blunt continues to be marvelous as Evelyn. A section where she is forced to leave her new hideaway to find fresh oxygen tanks for her baby and get medical supplies for Marcus’ injury showcases the actress at her best. Blunt exhibits a plethora of varying emotions with magnetic ease, going from one extreme to the next with electrifying precision. She also has a couple of lovely moments with Murphy, the pair developing connective resonance that speaks to the collective pain both feel yet one which also hints at the deep, almost familial friendship they previously shared before the monsters came and made their world a soundless living hell.

But it is Simmonds who amazes. The young actress is magnificent. Krasinski wisely makes Regan the star this time around, and as much value as he places on the subplots involving Evelyn and Marcus, she is the driving force who propels this chapter of the story forward. Simmonds dazzles, and she has stratospheric chemistry with Murphy. This is likely going to end up being one of the best performances of the year.

While all of the action set pieces are superbly directed and staged, none match the terrifying timbre of the first picture’s climax. I also still can’t help but giggle in regards to how the monsters can be defeated and that no one other than Regan seems to understand the significance of her and her late father’s discovery. Krasinski builds to a finale that’s slightly reminiscent of the ending to Mars Attacks!, and while this isn’t necessarily a bad thing, it does add an unintentionally laughable element that’s moderately unavoidable.

Not that it matters. These monsters remain super scary, and even if the prologue does feel like it’s been inserted by Krasinski so his character from the first film can make a brief appearance, the attack on the town and what the Abbotts do to survive is still pretty darn awesome nonetheless. As for that last act, it’s incredible, the director crafting a triptych of narrative events all happening simultaneously. I never lost track of what was occurring where or to whom, tension rising incrementally with such violent intensity it almost became unbearable.

A Quiet Place Part II was the last film I was supposed to watch at a press screening before the pandemic shut everything down. Over a year later, I find that this sequel was well worth the wait. Now that I’m fully vaccinated, I’m excited to watch it for a second time with an actual paying audience, the shrieks of terror certain to reverberate throughout the auditorium ones I cannot wait to experience. 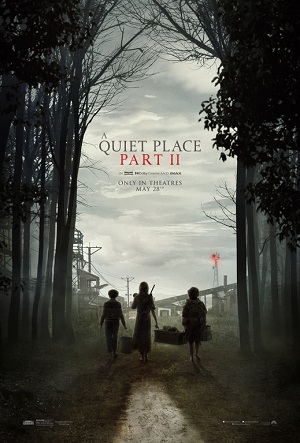