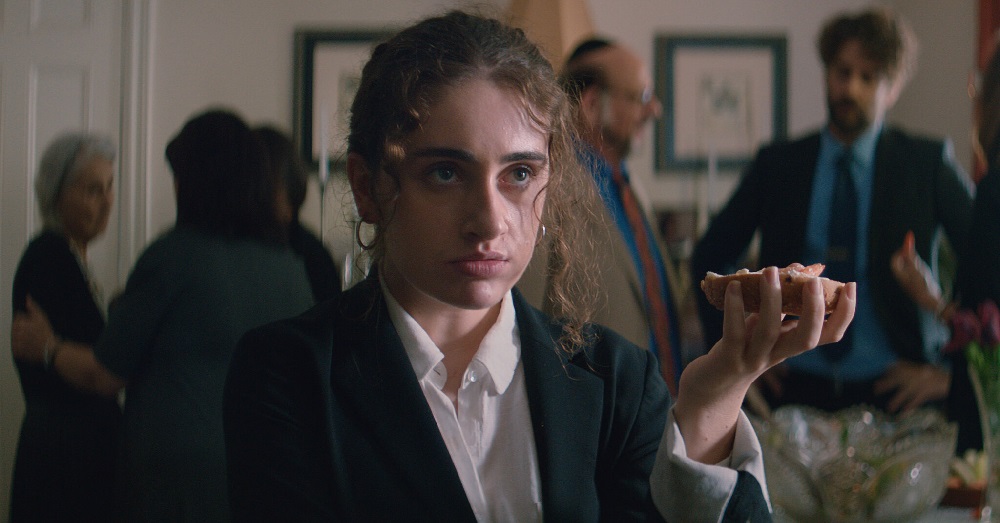 I don’t think any 2021 film made me feel more anxious than writer-director Emma Seligman’s audacious Shiva Baby. In this cringe comedy and astute social commentary rolled into an excruciatingly tense 87 minutes, mixed-up college student Danielle (a sensational Rachel Sennott) butts heads with her parents while also running into her married sugar daddy and her former childhood best friend — and semi-secret ex-girlfriend — Maya (an equally outstanding Molly Gordon) at a Jewish wake. Seligman structures her high-wire familial farce — also sex-positive in a way few films dare — as if it were a horror movie, and by doing so crafts one of the more innovative debuts I’ve seen in ages.

Pig is a quietly spellbinding, introspective gem that grows in grace and power as it goes along. What could have been a culinary curiosity about a award-winning former chef now living in seclusion as a bearded outcast and truffle farmer going all “John Wick” on Portland’s culinary elite while searching for his beloved pig instead becomes something chillingly haunting and emotionally pure. Sarnoski wisely centers things on star Nicolas Cage, who delivers one of the finest, most bone-chillingly authentic performances of his long and varied career.

I can’t stop thinking about Julia Ducournau’s sophomore stunner, Titane. This masterfully forceful genre mash-up is a madcap deconstruction of gender, sexuality, and parenthood, and just when I thought I had a firm grasp on where the filmmaker was taking things, she quickly made a quick left turn into shatteringly unexpected unknowns that sent my head spinning. A mesmerizing Vincent Lindon anchors the second half with a spectacular supporting performance, while star Agathe Rousselle boldly and proactively announces herself as a major talent worth keeping an eye on.

Few films moved me to tears as quickly as Mia Hansen-Løve’s poetically luminous Bergman Island. Vicky Krieps and Tim Roth are wonderful as a pair of married filmmakers who have journeyed to the Swedish island of Fårö looking for inspiration as they work on their latest projects. Their relationship is juxtaposed with a fictional one acted out to perfection by Mia Wasikowska and Anders Danielsen Lie, and Hansen-Løve layers these subplots with confident dexterity. The film is a delicate little dance that analyzes the dizzying complexities of artistic creation with mesmeric glee, with everything building to an emotional bombshell of a climax that filled my heart with joy.

5. The Mitchells vs the Machines (Dir: Michael Rianda, Jeff Rowe)

The Mitchells vs the Machines is a thunderbolt of exuberant imagination overflowing in sights and sounds so blissfully luminous that just thinking about them is enough to bring a smile to my face. It is also a devastatingly insightful satire on corporate culture, technological excesses, and societal dehumanization, all sitting rhapsodically inside a story of a dysfunctional family that has to relearn how to work together to save the world from robotic overlords straight out of an Isaac Asimov novel. I should also say that Katy Mitchell is, without question, my favorite character of 2021. Hands down. No contest.

Pedro Almodóvar does it again. This ferociously sentimental melodrama cuts deep and refuses to take shortcuts. Ostensibly the relatively simple story of two mothers who give birth on the same day, the film becomes a wildly impressionistic marvel of storytelling legerdemain where nothing is exactly as it seems yet everything sparkles into reality exactly as it needs to in order to make a suitably dramatic impact. Frequent Almodóvar collaborator Penélope Cruz gives a titanic performance that’s one of the finest of her Academy Award winning career.

Lana Wachowski doesn’t so much resurrect The Matrix as she takes a sledgehammer to Hollywood’s current obsession with nostalgia-laden franchise filmmaking, while at the same time crafting an unapologetically heartfelt love story that is perfectly faithful to her and her sister Lily Wachowski’s groundbreaking original trilogy. It’s a glorious, spellbinding continuation of the story that tackles questions of gender, self-perception, sexism, misogyny, capitalism, and corporate overreach with angrily messy determination, with love conquering all, as Neo and Trinity soar back into one another’s arms.

Nothing happens in Ryûsuke Hamaguchi’s Drive My Car. Also, everything happens in Ryûsuke Hamaguchi’s Drive My Car. A quiet miracle, this three-hour tour de force is a ride into the unknown that subtly grows in powerful resonance as it motors to its suitably ephemeral conclusion. Hamaguchi weaves a tale involving grief, artistic expression, community, friendship, and so much more with mesmeric authority. The subtle depths of human discourse being examined are as pure as they are profound.

Jane Campion returns with The Power of the Dog, her first feature film since 2009’s Bright Star. Her astutely minimalist adaptation of Thomas Savage’s revered novel is a flabbergasting visual and emotional juggernaut that left me speechless. Benedict Cumberbatch’s tremendous performance as uncompromising rancher Phil Burbank is something special, as are magnificent supporting turns from Kirsten Dunst, Kodi Smit-McPhee, and Jesse Plemons. But it is the unnervingly stark gaze into the masculine ego that is most impressive, as Campion takes Savage’s prose to a place of beauteous devastation that chilled me to the bone.

As the year’s best Agatha Christie-meets-Clue-meets-Knives Out-meets-Arachnophobia-meets-The Beast Must Die mash-up (and also the only one), Josh Ruben’s deliciously amusing horror-comedy whodunit is the most fun I had watching a movie for the first time in all of 2021. A pitch-perfect ensemble, led by Sam Richardson and Milana Vayntrub, gamely go for broke for every second of this quickly-paced 97-minute mystery, while Mishna Wolff’s virtuoso script jubilantly toys with the audience in a variety of ingenious ways. An absolute triumph worthy of multiple viewings. [Interview with director Josh Ruben] 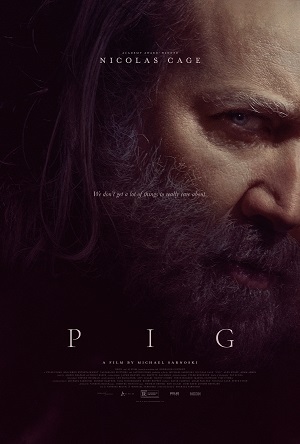