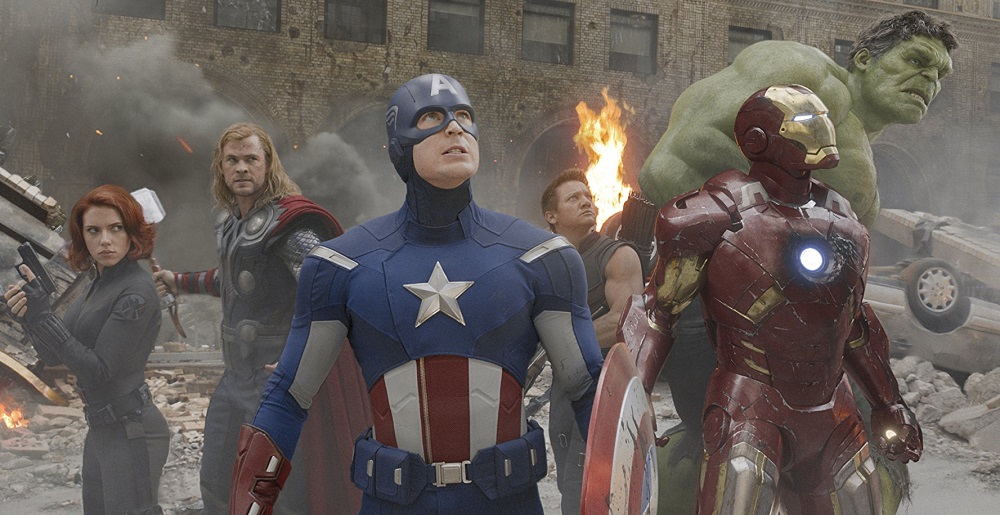 While my adoration for Joss Whedon knows few boundaries, my affinity for him going back to his “Buffy the Vampire Slayer” days and growing exponentially thanks to “Firefly,” Serenity and his and Drew Goddard’s The Cabin in the Woods, I can’t say I was all that thrilled at the prospects of his handling the Marvel Comics superhero mash-up The Avengers. Comic films have a long history of falling to pieces once too many heroes and villains get in on the action, the over-stuffing of the genre the very thing that doomed the likes of Spider-Man 3, X-Men: The Last Stand and, most notoriously, Batman & Robin. 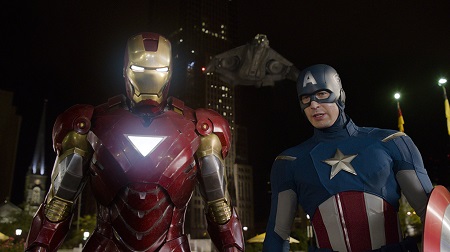 It didn’t help that, while I’ve enjoyed the majority of the Marvel features, Captain America: The First Avenger and Thor arguably most of all, and while that first half of the initial Iron Man adventure still stands heads and shoulders above the rest, I can’t say I’ve ever done cartwheels for any of them. Unlike say The Dark Knight, Spider-Man 2, Superman Returns or X2: X-Men United, none of these ‘Avenger Initiative’ adaptations has stayed with me in any discernible way after each came to an end, and while I certainly wasn’t dreading the thought of watching Whedon’s attempt to bring these heroes together, it’s not like I was eagerly anticipating it, either.

Gosh darn it if the acclaimed writer/director doesn’t pull it off, The Avengers one of the more gleefully entertaining adventures I’ve had the pleasure to see in quite some time. Far from perfect, overlong and overstuffed, the movie is nonetheless a giddily thrilling saga of teamwork and heroism that held me spellbound for virtually its entire running time. Whedon walks a fine line, taking things just seriously enough to make the stakes for the human race feel immense while still finding opportunities to gently wink at the audience as if to let them know he’s in on the same joke they are. The darn thing is an enthralling hoot, making the time spent watching the five previous features, all finally revealed as the prequels many of thought they were, unexpectedly worthwhile.

The basic plot concerns former prince of Valhalla Loki (Tom Hiddleston), vanquished from his realm and banished to a shaky ephemeral existence by his brother Thor (Chris Hemsworth), joining forces with a sinister alien race to unleash war upon the Earth and claim an ancient artifact of unspeakable power known as the Tesseract. Nick Fury (Samuel L. Jackson), realizing just how high the stakes are, brings together scientists Tony Stark (Robert Downey, Jr.) and Bruce Banner (Mark Ruffalo), WWII veteran Steve Rogers (Chris Evans) and assassins Natasha Romanoff (Scarlett Johansson) and Clint Barton (Jeremy Renner) to combat this seemingly overpowering evil. Also joining them is Thor himself, the Asgard prince intent on bringing his brother back to his homeland to face their father’s justice.

Somehow, someway, Whedon manages all these disparate threads confidently, his script a model of self-control and restraint that’s far from typical for the genre. One can tell he has a special affinity for the property, knows the best way to approach the majority of the characters and what it is the audience hopes to see. He keeps this cacophony of personality profiles in balance with one another, making their initial fracturing and eventual coming together as an elite Earth-saving team all the more believable because of this.

At the same time, Loki was a better, more emotionally captivating villain in Thor than he is here, and as great as Hiddleston is, and he is kind of terrific, the truth is that he comes off as a petulant child with daddy (and, no surprise, big brother) issues more than anything else. As for the alien force assisting him, they’re a faceless menace that’s never as scary or as frightening as they should be, ending up as nothing more than barely visible cannon fodder for the Avengers to dispatch one after the other during the film’s climactic sequences. 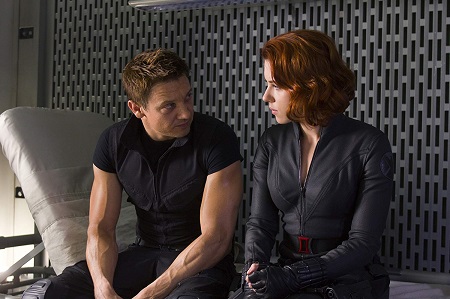 But the movie is a hoot. Evans impresses once again as Rogers/Captain America, while Hemsworth’s masculine blustering as Thor is as jovially exuberant as ever. But the real scene-stealers are Downey, showing once again he’s the best thing Marvel has going as Iron Man, and somewhat surprisingly Ruffalo, bringing Bruce Banner/The Hulk to life like none before him (i.e. Eric Bana or Edward Norton) has before. Whedon utilizes these two forces of nature spectacularly, the film slowly building to signature sequences of Iron Man soaring and Hulk smashing that had the majority of the preview audience I saw the movie with shrieking in outright delight. These scenes of heroic mayhem are extraordinary, and one can’t help but wonder how Whedon and Marvel will top themselves when these Avengers reassemble at some point in the relatively near future.

But with sequels to their individual adventures in the works, the majority all with solid release dates, it’s hard to imagine this team of Marvel regulars is going to reunite for that second escapade anytime soon. Yet it goes without saying that this film is going to rake it in at the box office, and considering the quality of the production it is only a matter of time before Stark, Rogers, Banner and company are back together for another round of interstellar combat. All I can say is that I hope Whedon does return to the helm, because after this movie the thought of The Avengers assembling without his assertively assured guidance is something I have difficulty pondering. 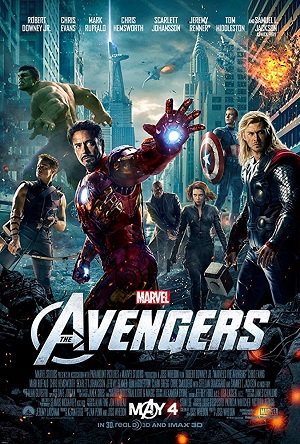