In South Boston during the 1970s, James ‘Whitey’ Bulger (Johnny Depp) isn’t a criminal kingpin even if he has the appearance of being on his way towards becoming one. But with the Italian Mafia run by the Angiulo crime family operating in the North End of the city, it was unlikely, even with his brother Billy (Benedict Cumberbatch) a leader in the Massachusetts State Senate, that Whitey’s Winter Hill Gang would ever be anything more than small-time racketeers and loan sharks. Still, he controlled his crew and his neighborhood with a fatherly, if still made out of iron, fist, loyalty meaning more to him than almost anything else.

Enter FBI Agent John Connolly (Joel Edgerton). A fellow South Boston native, he feels beholden to Whitey for helping out ages ago when he was nothing more than a fellow kid from the neighborhood, and as such he hatches a plan he thinks will be mutually beneficial to them both. If the criminal will curtail activities involving drug running, as well as make sure none of his men commit murder, and is willing to feed them information regarding the Angiulo mob, he’ll guarantee the FBI will stay out of the Winter Hill Gang’s affairs.

History tells us that Whitey Bulger didn’t live up to his end of the bargain, the Winter Hill Gang diving headfirst into the narcotics trade, brutally dispatching any and all who stood in their way with bloodthirsty forcefulness. Thanks to the FBI, he would become the most feared man in all of Boston, eventually making his way onto the Bureau’s Ten Most Wanted list, surpassed only by Osama Bin Laden at the very top of it. Until his capture in 2011 he was in many ways a real life Keyser Söze, a villain so notorious he was an ethereal figure fellow cons, mobsters and all-around reprobates would tell stories about in order to frighten those who resided inside their criminal circle.

Based on the book by Dick Lehr and Gerard O’Neill, director Scott Cooper’s (Out of the Furnace, Crazy Heart) Black Mass attempts to look at this simpatico relationship between Whitey Bulger and John Connolly in as intimate detail as it can. Sprawling, featuring a massive cast of characters, screenwriters Mark Mallouk and Jez Butterworth (Get On Up) do the best they can to streamline the story as much as possible, chronicling events in a journalistic fashion as they analyze the various events that led to both men’s conjoined rise and fall. Interesting, yes; yet the film is still sadly distancing, never capturing events as intimately as I felt it should have, ultimately becoming a moderately frustrating disappointment even though it offers up a number of aspects that are unquestionably sensational.

If we’re only looking at the film through the prism of Johnny Depp’s performance then all isn’t just fine, it’s magnificent. This is a towering feat of acting, one of the more fascinating, complex and chameleon-like transformations I’ve seen this year. The three-time Oscar-nominee disappears completely into the role, consuming Whitey as if he were an anaconda chowing down on a large, fluffy hamster. He’s scary in ways that chill to the bone. At the same time, he finds a humanity inside the monstrous killer that’s even more terrifying, showing a personal, almost fatherly side to him I couldn’t believe. It’s a magnificent piece of work, one of Depp’s best ever, ranking up there with his turns inside the likes of Ed Wood, What’s Eating Gilbert Grape and Sweeney Todd: The Demon Barber of Fleet Street. As such, as a showcase for him and him alone, Black Mass is glorious.

The problem is, Depp isn’t all we’re looking at here. In fact, one of the truly vexing elements of this motion picture is the fact that Cooper, Mallouk and Butterworth don’t even make Whitey Bulger the main character of his own story. Instead, the majority of the narrative revolves around Connolly. While a solid case could be made the pair are co-leads, I couldn’t help but feel the filmmakers were going out of their way most of the time to see a great deal of what was transpiring through the eyes of FBI Agent supposedly in charge of it all. Thing is, as written he’s a vague hero-worshiping puppy dog constantly lapping at his target’s heels and not a lot more than that, the script almost refusing to develop him in ways that could be close to construed as meaningful or complex.

This in turn gives Edgerton, as talented as he might be, virtually nothing to play. Instead, the actor, fresh off his stunning work bringing The Gift to the screen, looks lost, desperately searching for a reason and a way to give Connolly purpose. He’s a vague, lifeless cypher at the center of the proceedings, never doing anything particularly interesting as he stumbles towards a foregone downfall decidedly of his own design. This isn’t so much a bad performance as it is one absent of meaning, and save for a couple of brief moments here and there Edgerton is unable to do anything with him that’s even moderately worth crowing about. 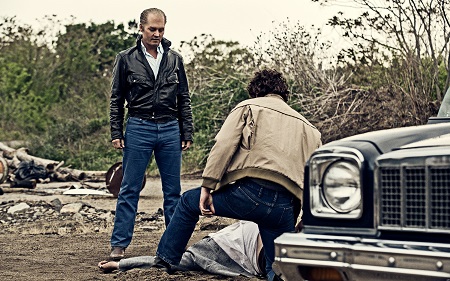 The rest of the film suffers from being overstuffed to the point of nonsense, a slew of talented actors (including Cumberbatch, Kevin Bacon, Dakota Johnson, Juno Temple, Peter Sarsgaard, Adam Scott, Julianne Nicholson, David Harbour and Corey Stoll) wandering through at various moments doing what they can with the limited screen time allotted them. Only W. Earl Brown (as Whitey’s go-to hitman John Martorano), Jesse Plemons (as his driver and confidante Kevin Weeks) and Rory Cochrane (as his closest friend Stephen Flemmi) are memorable, the latter particularly so even though he actually has precious little to do and even less to say. Yet, there’s something about Cochrane, a weight and majesty to his performance that’s truly affecting, so many of Whitey Bulger’s most heinous acts viewed through his hollowing eyes as he unhappily takes it all in.

As procedurals go, Black Mass is no Zodiac or All the President’s Men, failing to find the emotional decrepitude lingering at the heart of the tale. As a depiction of organized crime, as a saga of one man’s rise to becoming a ferocious mob boss, once again the movie is no The Godfather, no A Most Violent Year, the scope too condensed, too rushed, to ever resonate as deeply and as passionately as necessary for the story to have any sort of meaning. As astonishing as Depp might be, and he’s remarkable, make no mistake, Cooper’s latest suffers from dramatic failings too massive for him alone to overcome, making the film a lethal disappointment I can’t help but be annoyed with. 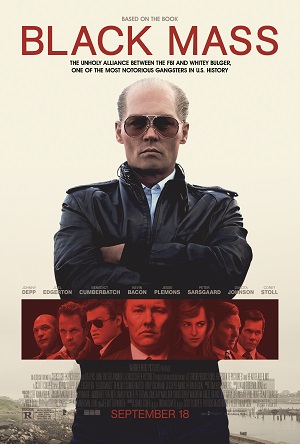