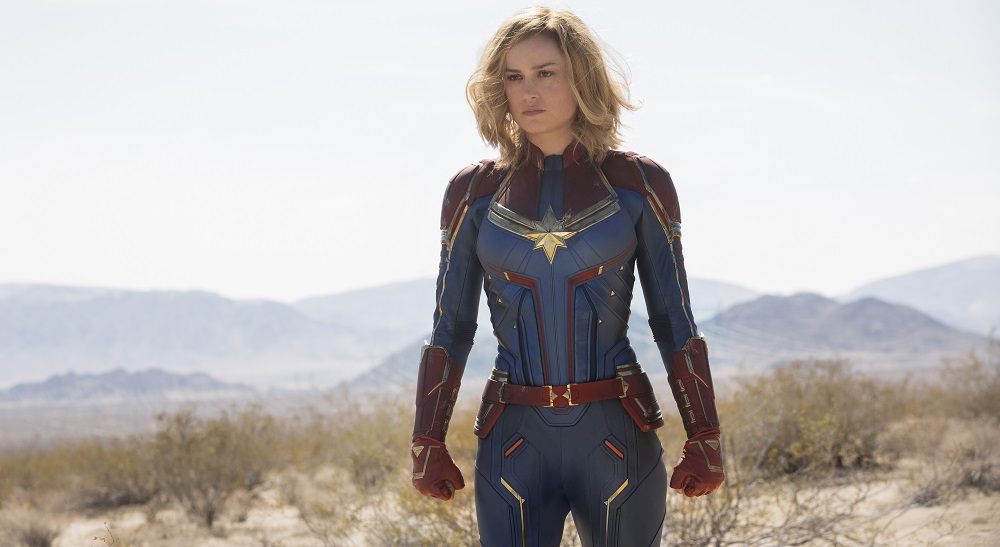 I loved Captain Marvel. There were multiple moments in this latest adventure set inside the sprawling Marvel Cinematic Universe (MCU) where I had to choke back a few tears. This is a movie I wish I could have watched as a child struggling with my identity, desperately eager to figure out who I was and where I fit in the world. This is an journey I would have eagerly gone on multiple times, heading back to the theatre again and again to watch events play themselves out to conclusion until I could recite large passages of dialogue verbatim with no trouble at all. While not altogether perfect, while far from the best overall entry into the MCU, none of that doesn’t minimize my immediate initial reaction to this latest superhero story one single bit. I loved Captain Marvel. More than that, I can’t wait to see it again. 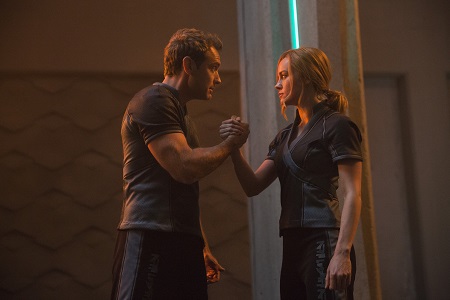 Vers (Brie Larson) can’t sleep. A Kree officer under the command of crack Starforce operative Yon-Rogg (Jude Law), she is troubled by a variety of dreams and nightmares, fragments of a past life that she frustratingly cannot remember haunting her in a myriad of ways, many of which are visible to the other members of her unit. Nonetheless, emboldened by the words said to her by the Supreme Intelligence (Annette Bening), Vers is determined to do her job in the battle against the Skrulls, vindictive intergalactic marauders with shapeshifting abilities the Kree have made it their societal mission to defeat, doing her best to stamp down any lingering emotions connected to her mysterious past in the process.

On a mission to a remote planet, Yon-Rogg and his Starforce team are ambushed by a well-armed group of Skrulls. Vers is kidnapped, but before their leader Talos (Ben Mendelsohn) can extract any vital information she manages to escape and abscond with one of their scout ships, heading to the remote planet of Earth based on fragments of a memory that was buried deep within her subconscious uncovered during her interrogation. Once there, the interstellar traveler meets up with S.H.I.E.L.D. agent Nick Fury (Samuel L. Jackson), revealing to him a fantastical story of warring alien species and the threat of invasion his planet is currently under if she isn’t able to solve the ephemeral riddle trapped inside her head. But things are even more complicated than Vers realizes, and it soon becomes apparent to both her and Fury that she might not be a Kree warrior after all, but instead something – someone – far more human.

Through the course of Captain Marvel Vers learns who she really is and where she actually comes from. She discovers how she ended up working with the Kree and why the Supreme Intelligence takes on the visage of an average human woman (the entity appears as someone inherently personal to each different individual it appears to) whenever she is sent to speak with it. Most of all, though, she gets to find herself in the eyes of others, most notably Air Force test pilot Maria Rambeau (Lashana Lynch) and her wide-eyed loving daughter Monica (Akira Akbar). Primarily thanks to them she is put on a path to learn, not just the type of person she was, but the potential hero she is destined to become. 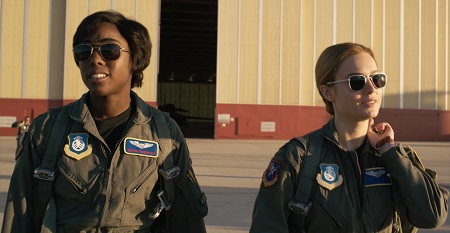 All of this can be a bit messy and discombobulated at times, directors and co-writers Anna Boden and Ryan Fleck (Half Nelson, Sugar), working with three additional writers on both the film’s screenplay and story, not always able to juggle all of the balls they’ve tossed into the air with complete confidence. The opening section is notably fragmented and hurried, and while this is probably by design in order to emulate the future heroine’s fragmented state of mind it also undeniably produces a slight distancing element that takes a bit of work on the part of the viewer to sift through. But by the time the story reaches Earth this 1990s-set escapade kicks into effervescent high gear. The whole thing is so consistently entertaining it practically doesn’t matter that not every piece makes as much logical sense as it probably should, the energetic joie de vivre of it all just too intoxicating to resist.

I really like the way this story progresses. It centralizes itself on Vers in ways that are intimately naturalistic, allowing the audience to discover truths about who she is at approximately the same rate she does. In doing things in this manner the film becomes both something of a minor mystery as well as a saga of a person discovering her unique power to be whatever she wants to be in life no matter what anyone else might think about that. It speaks truth to power in a manner that is amusingly silly but also in direct, emotionally-complex terms that are forcefully personal. Vers is searching to know who she is, how she fits in and what role in the cosmic opera she wants to portray. Most of all, she gets to determine what form that person is going to be, ultimately deciding for herself what this final visage is going to be and unapologetically demanding acceptance once she has done so.

Larson is wonderful. She brings a level of warmth and kindness to her performance that transforms and evolves at the same rate as her Vers does. It’s there even in her character’s initial stages of trying to conform to the emotionless warrior state Yon-Rogg attempts to teach her to believe is best. It is there when she crash-lands on Earth and ends up making Fury’s acquaintance. Because it is there during these passages, because Larson has allowed us this insight into Vers’ emotional core even when she’s trying to stamp it down into submission, once Maria and Monica enter the picture I could feel all of the heartbreakingly euphoric effects this journey was having upon the young woman in large parts thanks to the ways in which the Oscar-winning actress had chosen to portray her. It’s a subtly nimble performance that grows in power and significance as events progress, making Vers’ decision to put down this false name for her real one while at the same time assuming the mantle of protector of the innocent all the more monumental in the process.

There’s so much more to say, including the deft way in which Boden and Fleck incorporate so many signature ‘90s musical favorites into the proceedings as well as how they allow composer Pinar Toprak’s uniquely vibrant score to augment most of the signature moments with breathless eccentricity. I also couldn’t help but get a kick out of the retro buddy cop comedy vibe that exists whenever Larson and Jackson share the screen together, the two making as terrific a screen coupling as any I could have hoped for before the movie began. There’s also something to be said about the clever ways in which the filmmakers tie their effort into the MCU at large, most notably in how it handles a McGuffin involving a certain blue cube as well as its utilization of two characters who will go on to battle the Guardians of the Galaxy twenty or so years in the future.

But none of that matters near as much as how Captain Marvel made me feel. There is a moment quite late in the picture where a certain male character makes a point to say this wannabe heroine should know her place, that she should know when to call it a day and stay down on the ground like a good girl. That she stands up isn’t the surprise; the emotions and the memories that she utilizes in order to find the strength to do so undeniably is. In that moment this woman becomes who she was always meant to be, and in the process of doing so reminds us all that sometimes the greatest act of rebellion comes solely by being one’s self and not asking anyone’s permission to be so. 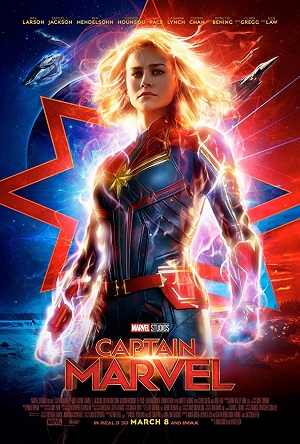